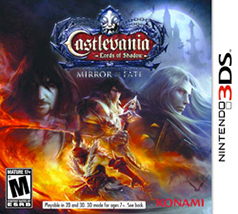 Castlevania: Lords of Shadow – Mirror of Fate is the first game in the Castlevania series to take advantage of stereographic 3D. It is important to take note that character movement will be confined to 2.5D for most areas. There is also a free demo of the game available at the Nintendo eShop.