Warning: Akash: Path of the Five is rated M for language, partial nudity, and sexual themes.

Path of the Five welcomes you to Akash, a village settled by a race of people known as elementals. Their ability to harness and control magic distinguishes them from humanity, with whom they have achieved a tentative but fragile peace.

The dwindling number of elemental women has reluctantly prompted the race to create an accord with the humans that allows them to intermix. The preservation of their race comes with the devastating cost of diluting their magical prowess, rendering them incapable of casting the spells and incantations used by ancient elementals. 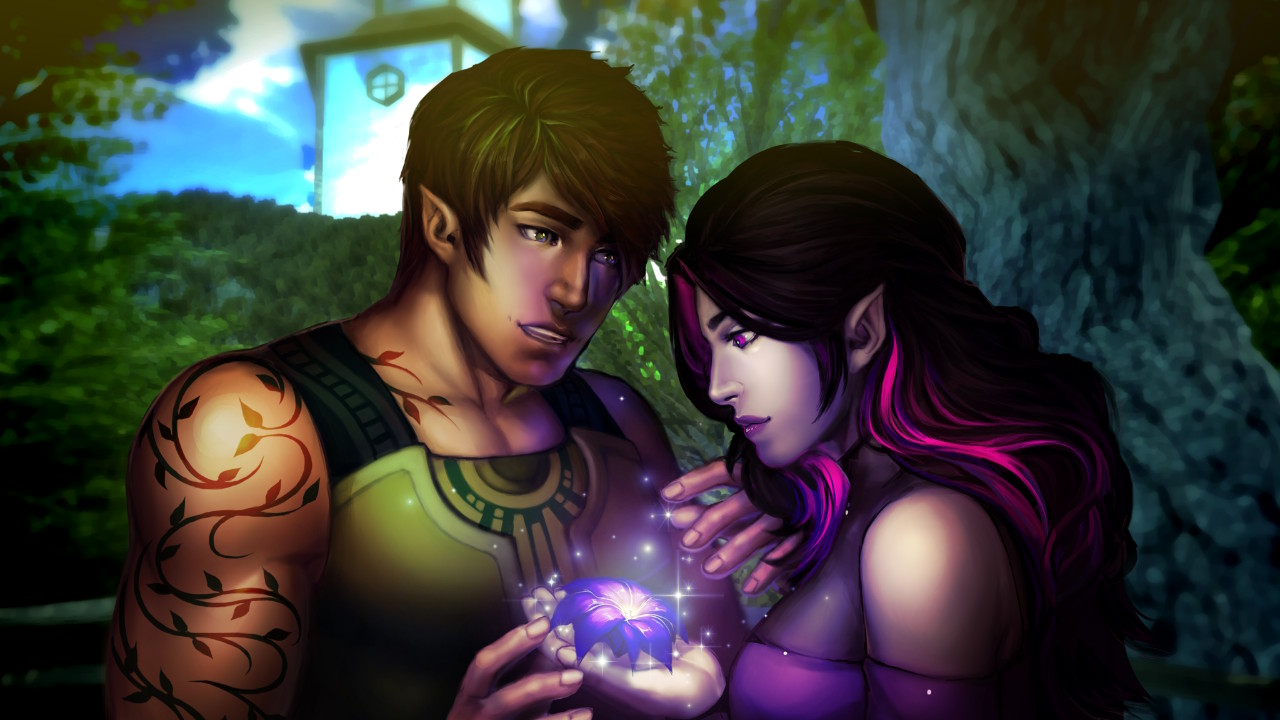 Everything changes with Aurora’s twentieth birthday. As the only female elemental to come of age in two hundred years, all eyes are on her to select a suitor worthy of perpetuating a pure bloodline.

With five distinct men to choose from, the impending matter of picking her element, and the constantly-lingering threat of war, it falls on you to ensure a prosperous future for both Aurora and the elemental race.

Akash: Path of the Five introduces you to your elemental suitors straight away. Vying for your heart are five men with personalities as distinct as their elements — Lux, a gentle and reliable light element; Rowan, an amiable earth element with a penchant for humour; Caspian, a seemingly cold and arrogant water element; Ignatius, a brooding fire element who prefers painting to partying; and Rocco, a wind elemental and certified philanderer. 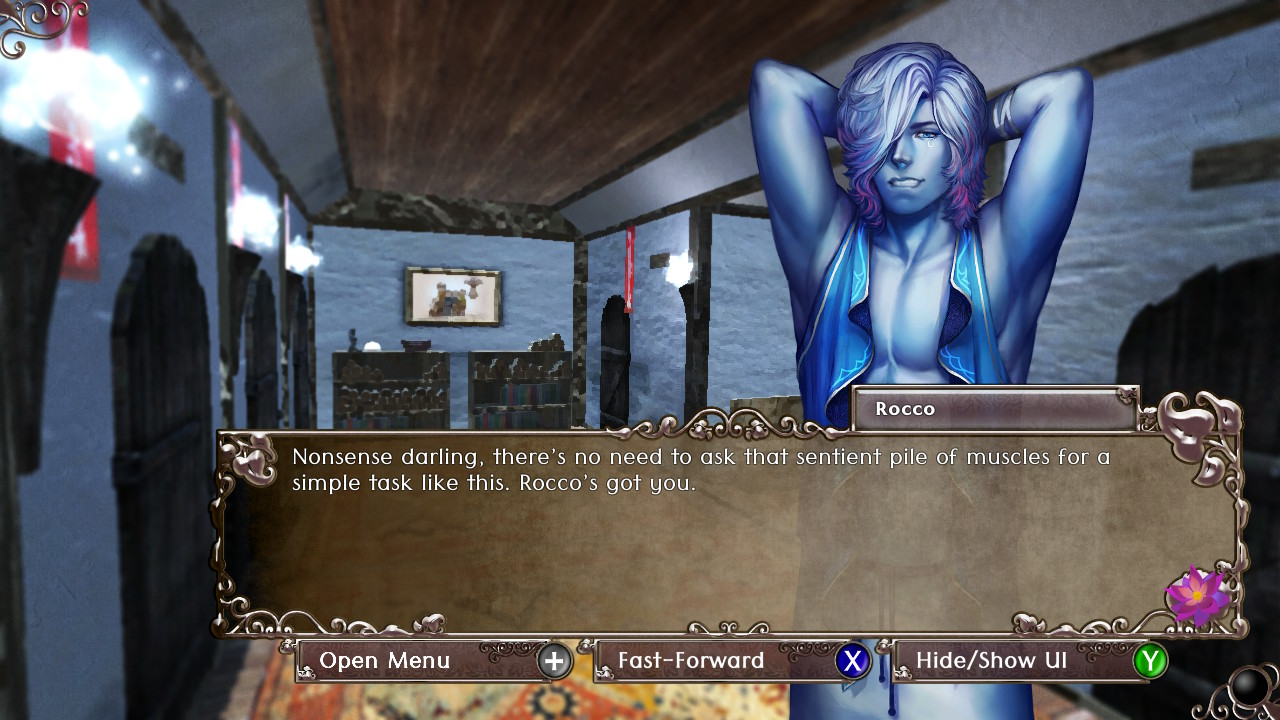 The first half of the game is spent exploring your options and deepening your connection with the man of your choice. Keep in mind that the man you choose doesn’t only affect the storyline; it also determines which element your character will decide to take on at her coming of age ceremony.

Each man is represented on the side of the pause menu by an emblem with their respective elements, so it’s easy to keep track of who you’re getting along best with. If you don’t like whichever path you’re heading down, there are plenty of chances for you to revise your decisions. You also have the ability to go back to recently-played parts of the story to change your answers, and multiple save files ensure you have lots of space to experiment. 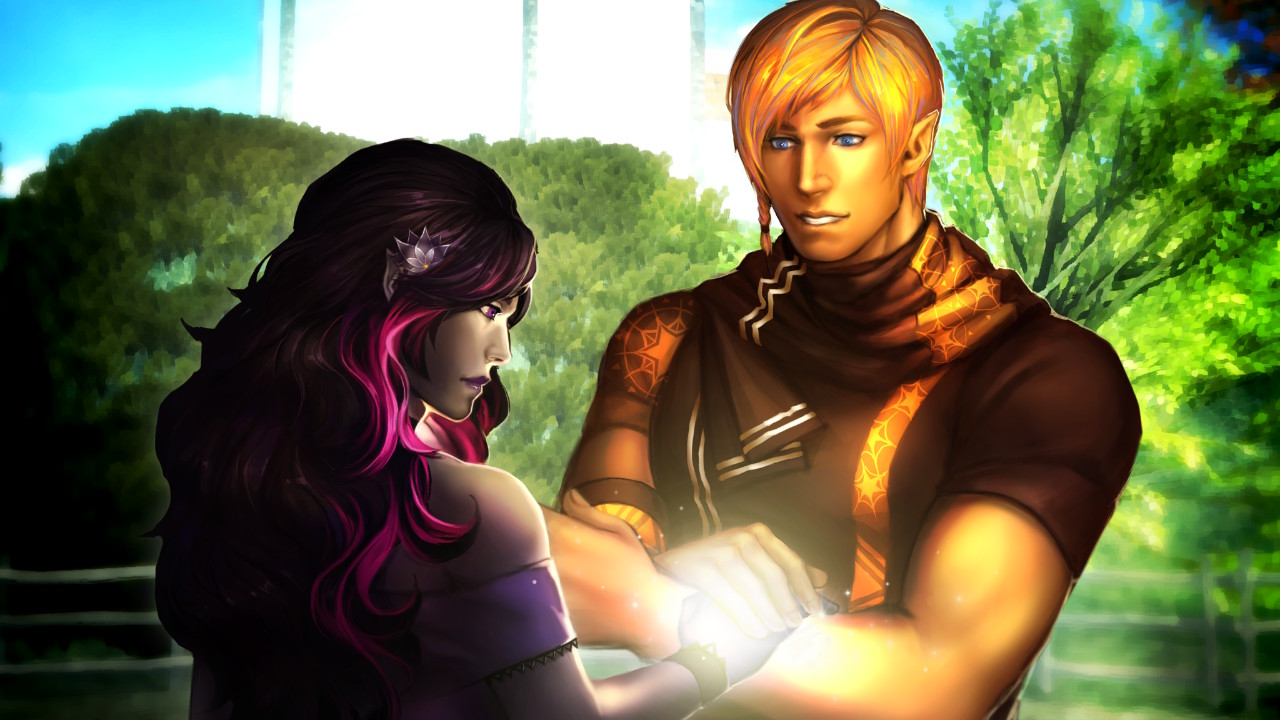 Before you reach the verdict, it is important to acknowledge that this game is rated M for a reason. There’s a lot of inappropriate content that isn’t suitable for minors or those who are offended by profanity, vulgarity, nudity, or sexual themes. If you’re a part of any of those demographics, Akash: Path of the Five isn’t a game you should consider buying.

If none of the above pertains to you, then please read onwards. There’s a lot this game has going for it, so don’t write it off just yet. Akash: Path of the Five has a certain charm — it’s impeccably well-written and features an all-star voice cast that brings each character to life. Packed with wicked humour, likeable characters, and lots of romance, anyone with an appreciation for otome is sure to be pleased. 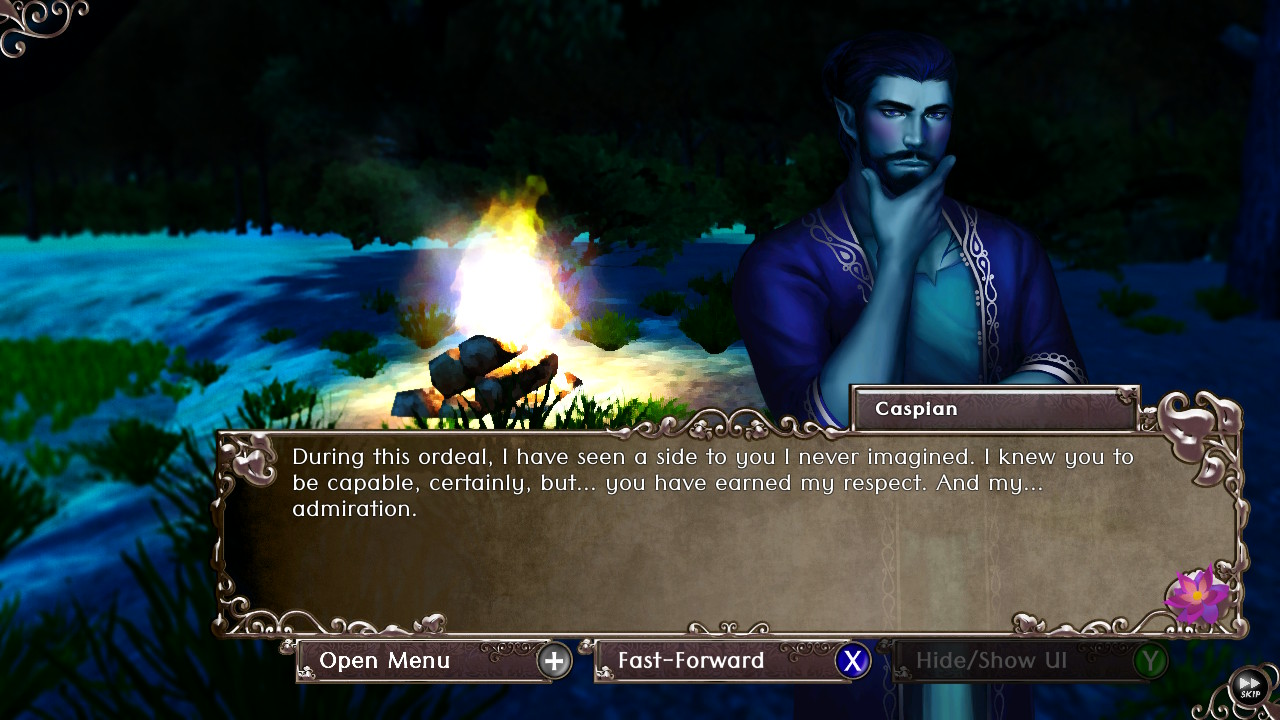 There are some cons, however. The plot seems rushed in a few places, and there are a lot of parts that would benefit from more exposition. A human character is introduced near the beginning, and while the game encourages Aurora to flirt with him, he only ever appears twice. A romance that defies societal expectations and has the potential to either unify or destroy relations between elementals and humans might have been interesting. Plot points sometimes transitions so fast and rough that if it were akin to any physical sensation, it would be whiplash.

The resolution was also a bit lacking. A glimpse into Aurora’s life and the results of her diplomatic efforts would have made the ending feel more complete. 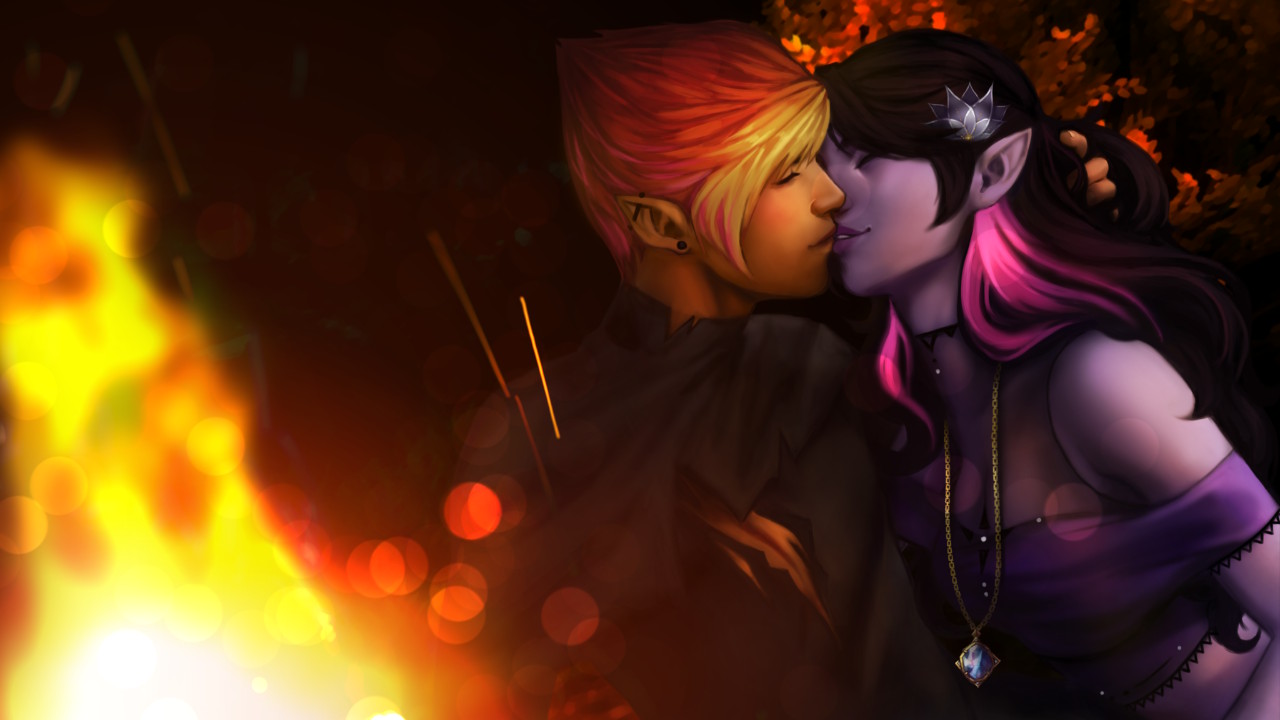