The Amnesia Collection on the Nintendo Switch is an interesting experience but not for the faint of heart in multiple ways. This port succeeds in some ways but fails in others. This survival horror series has something for every horror fan to love.

Follow down the dark corridors as you discover who you are and why you are here. But as you travel downward into the crypt, you have one thing on your mind, you have to kill someone from your past but the reason why is unknown. 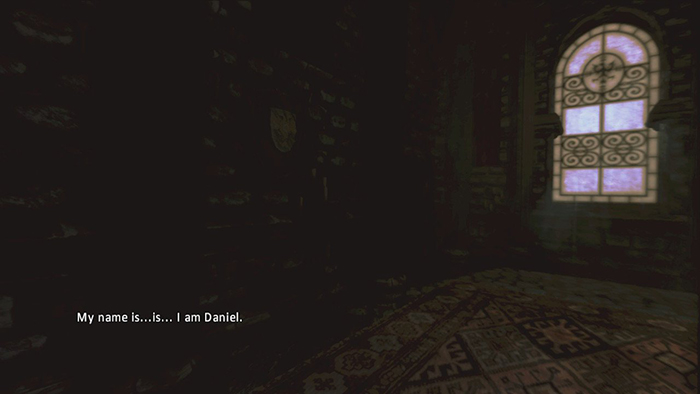 You play as Daniel and you leave yourself a note that you gave yourself amnesia before the events of the game. You instruct yourself to kill a man you knew previously before the amnesia and as you travel deep into the castle, you find out more info about yourself and why you must kill.

Solve puzzles and get to the bottom of this mystery.

Waking up unknown to where you are and you must solve puzzles as a mysterious phonograph of your own voice tells you to solve puzzles to escape captivity. Choose between an easy or hard route to escape but innocent blood may spill as you make your choice.

Follow Justine as she follows her own instructions. Choose to save, ignore or even kill other prisoners in this dark chamber. Solve puzzles and avoid the dark creatures as you try to find a way out of this dark situation.

Amnesia A Machine for Pigs

As you wake up in your own home with mysterious locks and cages everywhere, you struggle to find out what happened as you hear the screams of your own children in your head. The phone rings and the man on the line tells you that your children are trapped in the machine of your own making beneath the house. Solve puzzles as you go into the depths of the machine and find your children.

As Mandus, the great grand-nephew of Daniel of the Dark Descent, you dive deeper into the machine and learn more about the mysterious man named the Engineer and why he knows what he knows about the safety of your children. Solve puzzles and get to the bottom of this before your kids die.

All of the gameplay is pretty much universal between each of the games with some slight differences. Each game runs on a typical survival horror system. No actual combat or weapons at your disposal. Instead, all you have is your ability to run and hide and a trusty lantern to light your way as you go down into the dark. 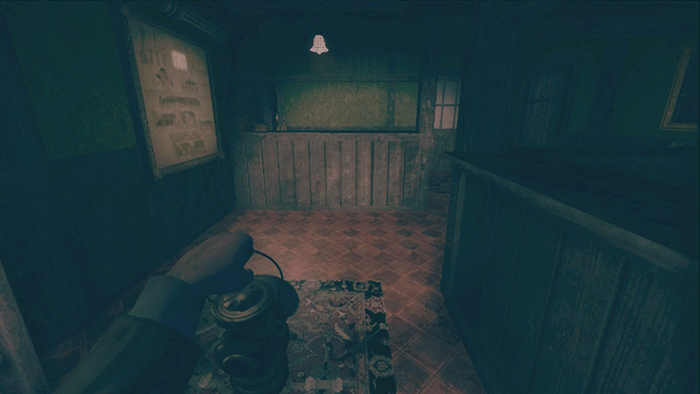 The Dark Descent and Justine are identically the same gameplay-wise. Both games require resource management for the lantern with its oil and match kits for torches you see on walls. Both games run on a sanity system which is the game’s way of using a health system. Both staying out of the dark and avoiding damage from enemies keep your sanity in check but if your sanity lowers too much it affects your vision and makes it more difficult to see in the dark. Both games use a single save file and as the game states when you boot it up, the games aren’t meant to be completed. If you get stuck, it sometimes means you have to start over from the beginning.

One major problem with the controls that occur throughout all 3 games is the action command for grabbing things. When you try to activate a lever or a rotate something, your character will move when performing the action which will at times make it so you stop holding the object you try to move. This was a problem with previous versions of this game and it’s still a mystery why it hasn’t been fixed yet. 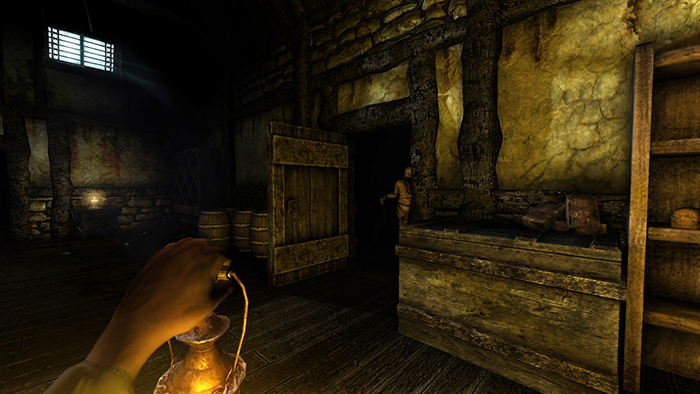 Amnesia Justine was originally a fan hack of Dark Descent, so the game is mostly only for those who have played Dark Descent preciously. The difficulty is higher and also at times doesn’t have the polish of a proper developer. There will be times when death is unavoidable and dodging enemies will be based on luck that you will get past them rather than skill.

A Machine for Pigs has a few departures in mechanics from the first 2 games. No sanity system and no resource management. The game runs on a typical first-person health regenerating system. Your lantern won’t run out either. The game is more forgiving with death but is borderline hand-holding at times. When you die, you might respawn with the enemy no longer chasing you allowing you to continue without any conflict which can remove any form of difficulty from the situation, making the game a bit too easy compared to the first two games. 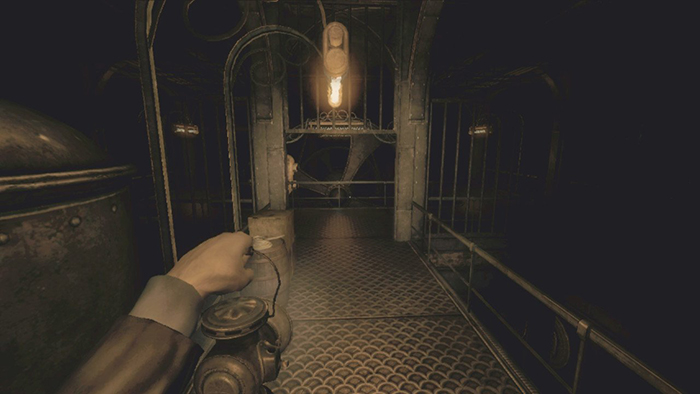 While the gameplay lives up to its ports, different kinds of bugs are frequent to different degrees. All 3 games have problems from graphical glitches that happen very frequently but are very easy to get used to over time. Dark Descent has problems with sometimes random game-breaking bugs due to the physics engine not functioning correctly resulting in the inability to complete objectives. Port quality is high despite these flaws. There weren’t any noticeable drops in frame rate while playing and it felt very consistent. This is also a minor inconvenience but you also can not go back to the game selection screen without having to turn the game off and on again.

The game lacks music similar to some other horror games in the genre. It picks up the slack with creepy sound effects to add to the atmosphere. As you progress, you might experience a jump scare or two if you’re a curious first-timer to horror games. Horror fanatics, on the other hand, will just see it as something they have seen before and it wouldn’t scare them at all.

The first two games due to the fact you may or may not have to start over from the beginning have a lot of replay value to an extent. Once you complete the game, you don’t really have a reason to play the game again with the exception of Justine. Justine does feature multiple endings but the true ending is not hard to achieve.

A Machine for Pigs doesn’t have any replay value. Once the game is over, there is no reason to return to the game afterwards.

These games are a single-player experience, it limits the replayability. Once you finish, you lack the urge to play again. 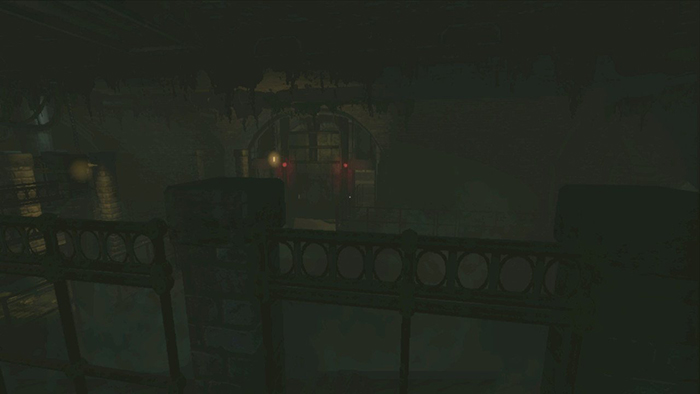 With the graphical glitches and game-breaking bugs in the first game, the collection still has plenty of bang for your buck in the end. What you have here is a mostly solid port to a portable console and was a great effort on the developer’s part. The story is where the game mostly shinies in this game collection. If bugs are ironed out, it would be a ‘must buy’ for any horror fan.

Amnesia Collection gets a 6/10.