Anonymous Notes – From the Abyss – Chapter 1, also known as Anonymous Notes Chapter 1, tells the story of a young man named Raid seeking to vanquish all monsters within The Abyss Gate in an attempt to get vengeance for his Grandfather that lost a battle there.

There’s nothing wrong with a simple “revenge” story, but the whole idea that the game is based around a man getting revenge for someone that lost a battle is pretty, well, stupid. I could understand if said person passed away during the battle, but no, he just lost it, that’s all.

Anonymous Notes Chapter 1 would need more than just a good story to redeem itself anyway, as almost every other component in the game is lacking purpose, and it really makes the player wonder why the game even exists, most notably because it’s just a small chunk of a full 8 chapter retail game, From the Abyss. 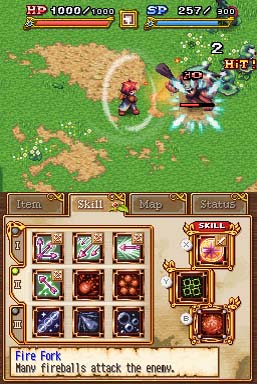 Okay, okay – Anonymous Notes Chapter 1 has a decent skill system, I’ll admit, the only problem is you don’t need to use it to beat the game. The only time throughout the entire game you might experience a challenge is during the boss fights (of which there are 5), and even then they aren’t very useful when you can just use the ever so common Abyss Stones that enemies in the overworld drop, which essentially do a lot of damage, put short.

While I was playing through I really felt like the game was trying to be boring. The reason I say this is, well, because you can run through the stages of a dungeon without the need to stop and kill enemies. Around the halfway point of this bit-sized adventure, I was starting to just run through each stage, and the sad part is I was able to do so flawlessly. The game lacks any purpose whatsoever for the player to defeat enemies, which is something extremely crucial in almost any video game.

The aforementioned skill system, albeit pointless, is pretty interesting. Basically you can hurt an enemy then use one of your default skills to trap it. While doing so you repeatedly tap whichever button you’ve assigned the skill to in an attempt to steal whatever skill said enemy possesses, but that’s beside the point. Like I said, It’s a cool system but it lacks any use whatsoever. 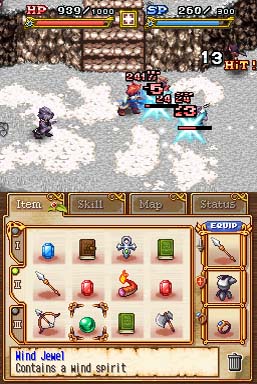 Really the only thing I feel that Anonymous Notes Chapter 1 does somewhat right is its graphics, which are pretty good for a DSiWare game. It looks on par with JRPGs that came out on the DS as retail titles (as it should, being a chunk of a full game).

If you’re someone that really, and I mean really like a lot content to play through in your game, Anonymous Notes Chapter 1 isn’t going to please you in the slightest. One you beat the game you unlock a third save file and a difficulty modifier – which should have been in the game from the beginning – but besides that, there really isn’t much to do after you beat it. You can go back and collect all of the skills and items, but that isn’t fun.

Anonymous Notes – From the Abyss – Chapter 1 lacks any purpose whatsoever to even exists. The story is far-fetched and the game is incredibly easy with little to slim replay value; the only good thing about I can say about the game is it’s graphics, but you shouldn’t be expecting anything less from a piece of a full DS retail game ported over to the DSi Shop. If you’re looking for a lengthy, plot-heavy and challenging experience, we suggest staying away from these Anonymous Notes.