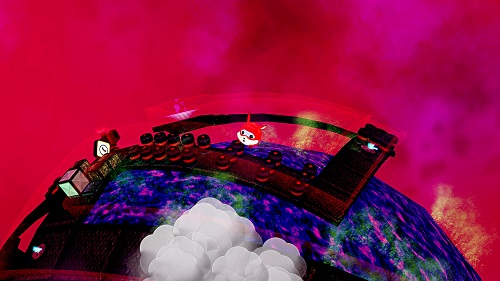 GAMEPLAY:
Can you imagine a mix of Sonic 3D Blast with Super Monkey Ball, a level design like Super Mario Galaxy with a little feel of Crash Bandicoot and 2D levels with the gameplay of the 16-bit era and the challenge of the 8-bit era, and the content of a PlayStation 2 retail game? Well, it’s time to do it.

In this game, you must roll around the level saving critters, collecting orbs (the game’s currency) and beating enemies; actually this sounds like a normal platformer. Of course this won’t be enough if you want to beat the game, there are enemies you must avoid, you need to use power-ups to reach certain parts of a level, and there are variations depending on the level.

For example, in the game you can start to shoot instead of boosting, allowing you to attack enemies easily, including those out of range, you need to beat certain puzzles with hints in another dimension, save a set total of critters to allow you to progress, sometimes you will be in a kind of maze where you need to think about how to get out without losing a life, etc. 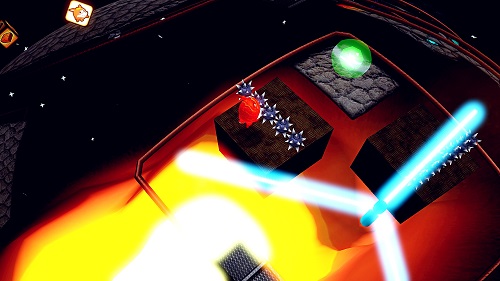 With this, I have to say that the level design of the game is superb, presenting huge levels with a great design and a lot of challenge, where every level also offers a lot of secrets that can be discovered with time.

Now going back, I mentioned the existence of another dimension. In this place, staying for longer that the time limit allows will kill you; you need to be very fast and go back safely. Still, there’s also secret stuff in this dimension, so try to discover it all while being careful because for every level, you will have a limited amount of hearts and lives. When you start, it will be two lives and two (or three in easy) hearts.

These orbs will help you buy power-ups, like special powers that will help you access blocked areas, more time in bonus and 2D levels, more hearts and lives, etc. They and extra worlds will be available with time. 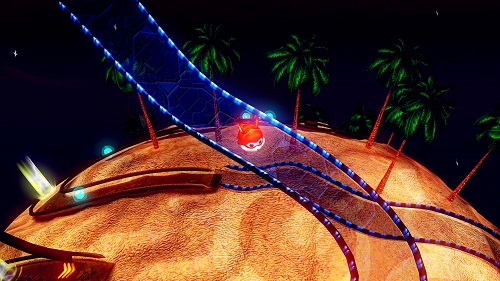 Each level has a medal system based on your score – the medals being bronze, silver and gold. The higher the score you get, the better the medal you will get.

You can also find secret 2D levels, offering a classic platform game, that will allow you to get a red orb. Red orbs will be needed to progress in the game, so you must explore very well if you wish to at least beat the story mode!

The game’s controls work perfectly: you can move with the L stick and the control pad, you can rotate the camera with the ZL/ZR buttons, jump with B/A buttons, boost or shoot with the X/Y buttons, switch to Off-TV play with the – button, pause with the + button and shoot (with the chance to aim) with the R stick.

There’s a lot more I can say about the gameplay, but I think that’s enough to be going with; let’s talk about the rest of the game. 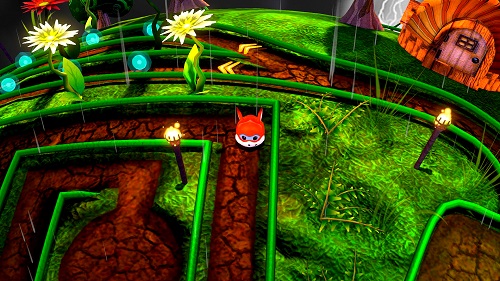 GRAPHICS AND SOUND:
The game looks excellent, mostly in the 3D levels, where the game shows a lot of stuff happening at the same time.

This includes how dynamic the game feels, for example: you have the level, then the dark section, then the level again,  and even some levels can change from a frozen status to a hot one changing the level’s look completely.

Meanwhile there are some performance problems in the game, producing a few freezes in certain parts of the game and a lag in some levels; the rest of the game gives a really smooth experience. Still, the developer already confirmed that a patch is in the works, so no need to be alarmed.

The soundtrack is the best part of the game, the game has a huge quantity of music, where most of the songs are great. They made a great quality work, and that includes the little voice acting and the sound effects; it’s wonderful. 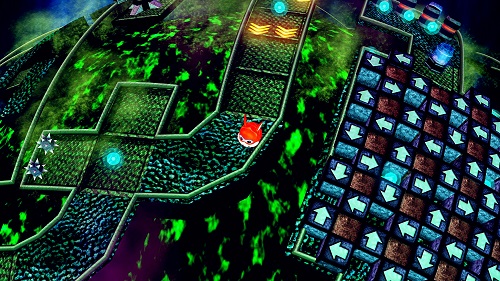 PRESENTATION:
The presentation of the game is just excellent. The interface is easy to use, the tutorial is short and easy to follow, features a lot of replay value, secrets, levels, and content.

The only bad thing I can found is the performance, like I told above.

CONCLUSION:
It’s an excellent game with a lot of replay value and content; it’s original, and features a big soundtrack that sounds great, and also, it’s cheap. Armillo is just a must-have for the Wii U owners; still, the performance doesn’t allow the game to shine completely.

The developer confirmed that an update is in the works, fixing the performance problem. A new update of the review will be available once the update is released.