As we learned from the Nintendo Direct, Attack on Titan: Humanity in Chains for the 3DS, developed by Spike Chunsoft of Danganronpa fame, is getting localized by Atlus and will come to European and North American regions in May 2015. For those who wonder what Attack on Titan is all about (read: those who live under a rock), the anime’s first two episodes are available for free on the eShop.

The game will make use of the New Nintendo 3DS’s C-stick, and the press release details the following features:

There are no details on the pricing or yet, but we’ll know soon, seeing as it comes out next month. 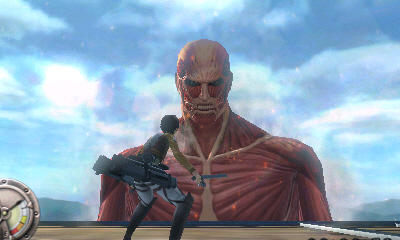