Sukuna-Hikona will block your path to the ark that Odin set your objective as in Shin Megami Tensei IV: Apocalypse. In order to unseal the demon from the ark, you must first defeat Sukuna-Hikona in battle. This guide shows you how.

Sukuna-Hikona’s weakness and how to beat him : 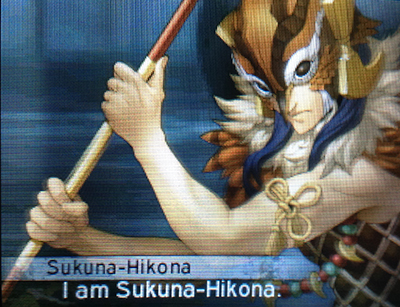 Sukuna-Hikona is weak against electric skill attacks and has resistance to ice skills.

He uses ice (Internal Hail), force (Needle Storm) and physical (Gram Slice) offensive attacks. In addition, he also uses a skill that prevents the target from using magic skills for several turns although it still lets you use items.

To defeat him, you must have at least 3 party members with electric skills and at least several zio stones or healing items (in case your magic was sealed away, so you can continue to deal damage and heal teammates or yourself). In addition, you may also need a party member with a defense increasing skill such as Rakukaja (increases defense of all allies). 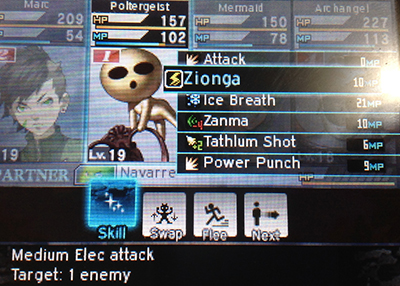 If you are having trouble getting powerful demons with electric skills, refer to this guide.

Make sure you hit Sukuna-Hikona with every electric skill at your disposal and leave one ally to increase all party members’ defense until the skill cannot be used anymore. Combined with Navarre’s defense increasing support and the assist attack (which makes the target lose a turn), you should be able to survive when you are under attack.

During battle, you will have the option of answering one of the following :

If you followed the method above correctly, Sukuna-Hikona might only start damaging you after this conversation. Keep striking him down with electric skills while also healing your party members when necessary and he will fall faster than you might expect him to.