July brings yet another number of great Nintendo Switch games and we’ve compiled a list of some that caught our attention for your convenience. This list is ordered from the lowest priced game to the highest, set to release on the console in July 2020.

This list will continue to be updated while more great games are revealed throughout the month. Edit: The list is currently outdated. We’ll try to have it updated as soon as possible. 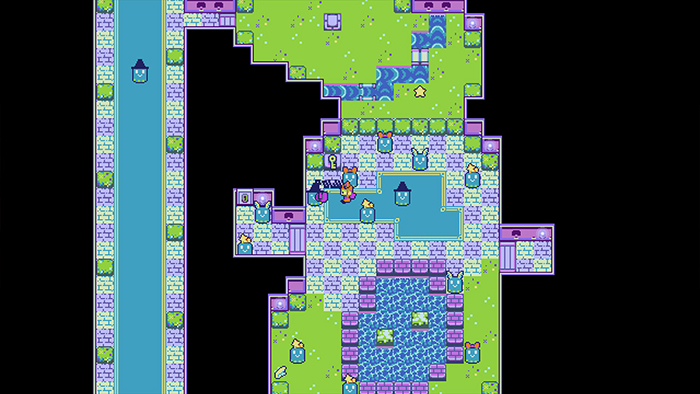 Ultra Hat Dimension is a cute little puzzle game with adorable pixelated hats and people getting punched for wearing ’em. The player isn’t doing the punching this time around. Instead, they must use the power of hats to do the dirty work for them. 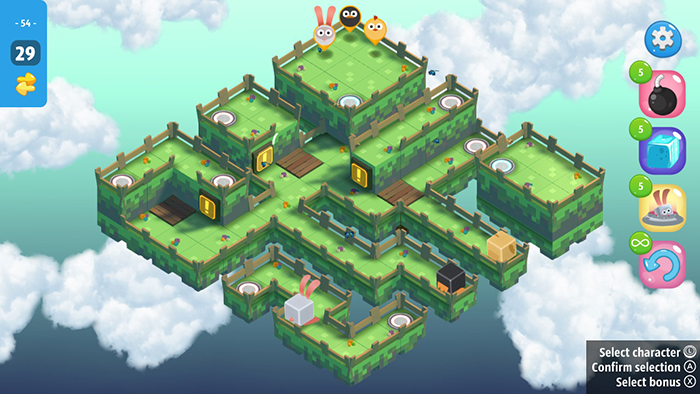 Cubicity is a world of cubes with its own laws and customs. Select a character and jump into this puzzling cube-based adventure with a wide range of puzzles to solve. Characters must move into a given formation and pass a test at the end. The future you reach, the harder it gets. 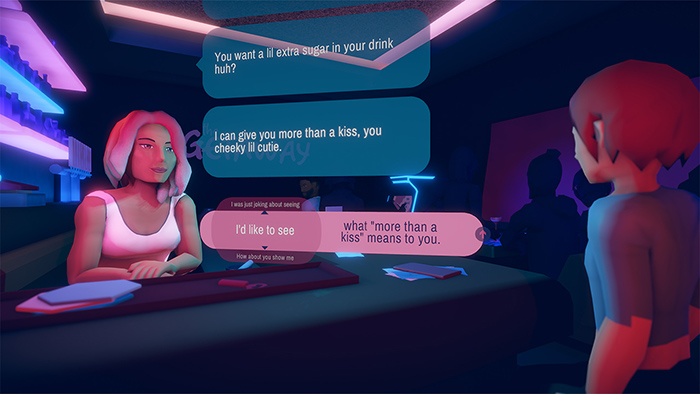 We Should Talk is a narrative game that will put your wits to the test to see if you can maintain your relationship through the night. The game was said to use a unique narrative choice mechanic where players can craft sentences to respond to characters in the game. From life issues to romance, players will be able to communicate with their in-game partner, friends, and strangers through text messages. 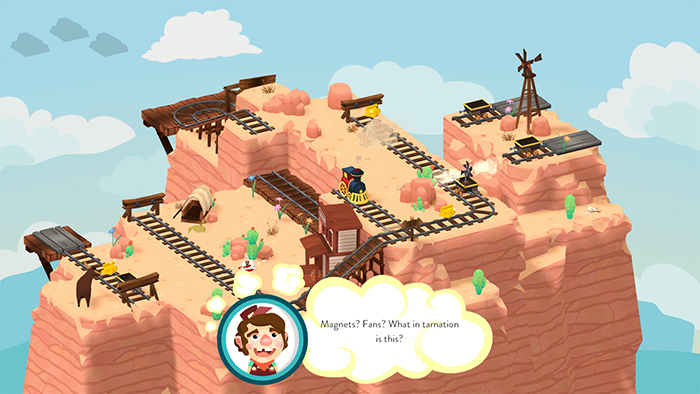 Players can guide their train to the exit in Locomotion while retrieving their stolen gold. This casual puzzle game has 52 different levels divided into 4 worlds with mechanisms such as lifts, switches, crumbling blocks, fans, and many more.

Bloodstained: Curse of the Moon 2 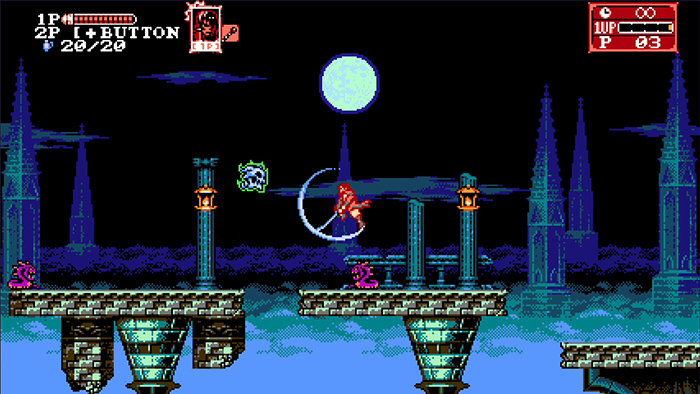 Bloodstained: Curse of the Moon 2 returns with three new playable characters and 2-player local co-op in this classic 2D action game. Players control the protagonist known as Zangetsu, a swordsman who has a fathomless grudge against demonkind and their alchemists. 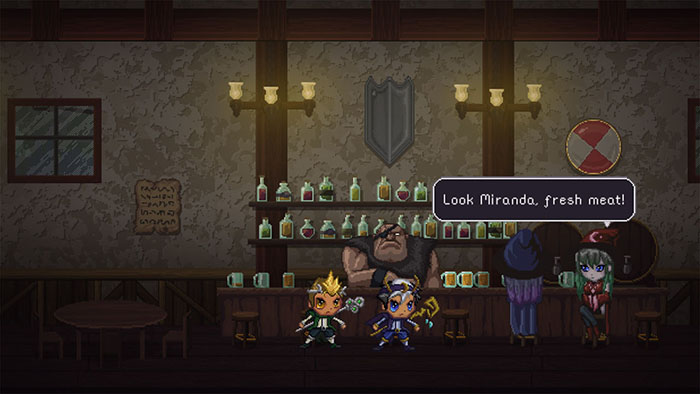 REZ PLZ brings a new twist to pixel art puzzle platformer games: kill your brother and solve puzzles while conquering dungeons. The game tells the story of two young apprentice wizards, Arcan and Zeph, who must fight the forces of Dark Arcanum. Co-op play extends the gameplay by having players strategically kill each other to solve puzzles and defeat enemies. 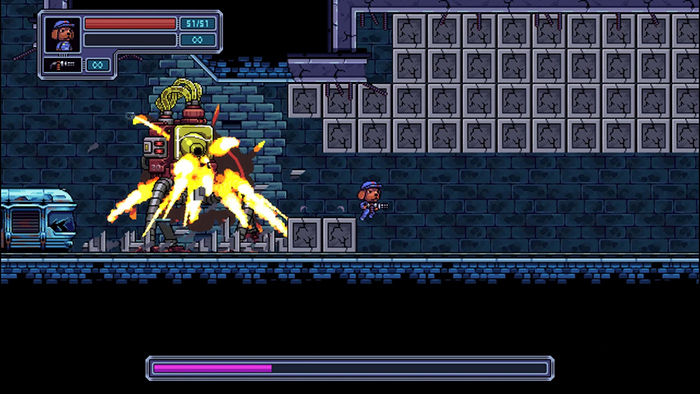 There’s nothing to fear when a dog has a gun and just got free of an underground laboratory. Or is there? One Dog Story promises to take you back to the good ol’ platforming days where you destroy hundreds of enemies while also exploring the world, topping it off with an extensive storyline and original dialog – maybe even with a couple of dog puns in between. 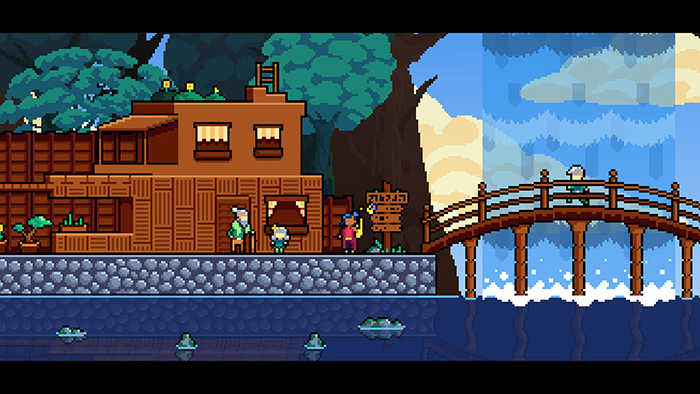 The power to control the age of flora and fauna is an ability that has been bestowed onto Kiara by a magical obelisk. Now she must travel across a puzzle-platforming world filled with myths and magic to manipulate animals and plant-life to solve environmental puzzles and defeat their bosses.

Merchant of the Skies 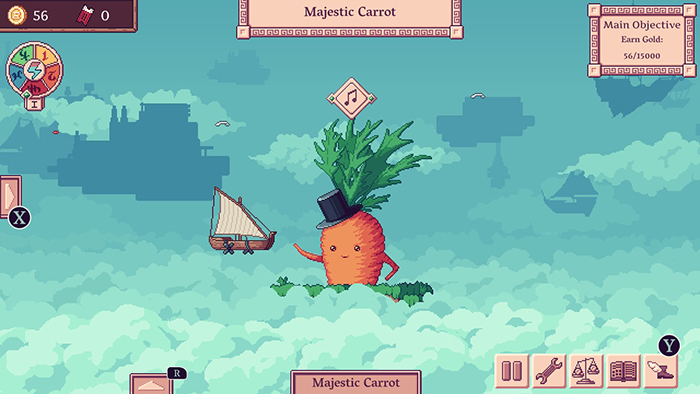 Become a trader, discover different parts of the world, and build up your own mansion in Merchant of the Skies! The game mixes trading with light base-building and tycoon elements where you must fly a small cloudship through the skies as a captain and build your way up to establishing your own trade empire. It allows you to play at your own pace to enjoy it the way you want to. 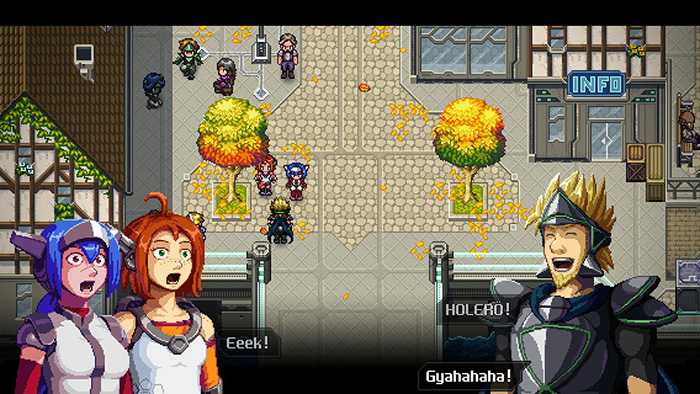 CrossCode is said to make the best out of both worlds by balancing engaging puzzles as seen in the Zelda-esque dungeons with the huge variety of equipment from RPGs we’ve come to love. The game’s world is large, with 7 expansive dungeons, all with their unique theme and puzzle mechanics. There are over 100 quests to complete, over 120 types of enemies to face off against, and over 90 combat arts to make use of. 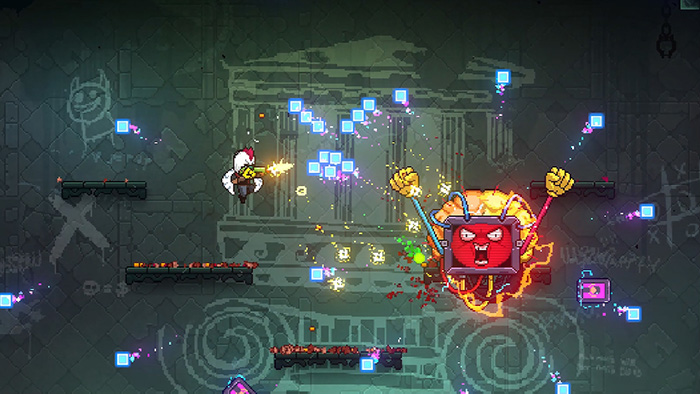 Run ‘n’ gun your way through Neon Abyss in its evolving dungeons with unlimited item synergies. The game is a roguelike action-platformer where players obtain random item drops to help them during their runs while promising a unique experience each time. 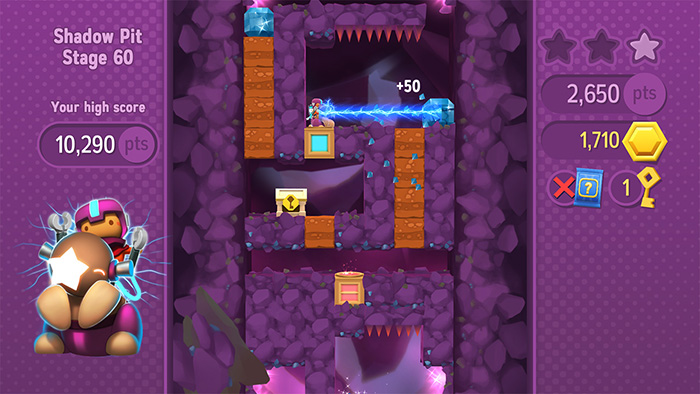 Play either single-player or multiplayer with up to 4 players in this vertical scrolling puzzle adventure! Starlit Adventures Golden Stars takes players on an adventure to fight against nightmarish enemies, collect remarkable treasures, and solve brain-teasing puzzles by using an array of Special Suits. The game is said to be family-friendly with its straightforward controls so that even kids can have a blast. 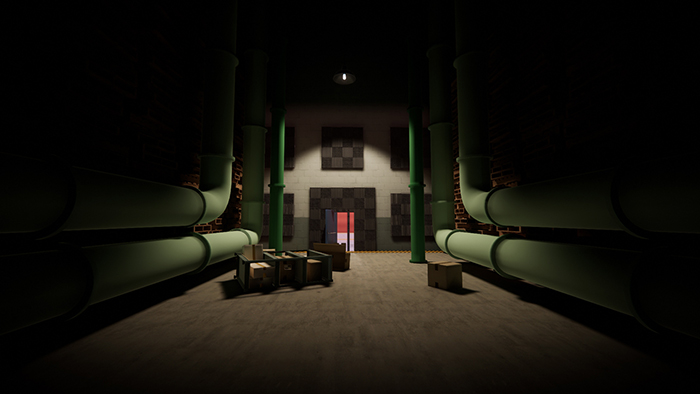 Superliminal takes players through first-person puzzles focused on perspective and optical illusions. They must think outside the box to complete these puzzles to wake up from their dream. 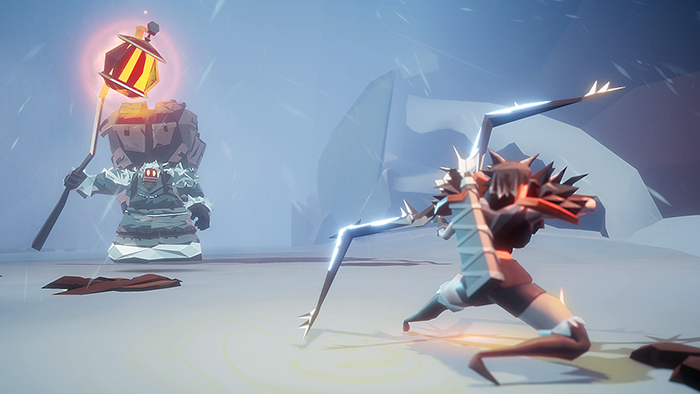 In video games, players usually clear levels until they go head to head with the game’s boss. What makes BOSSGARD different is that you’re finally able to be the game’s boss. In this hectic multiplayer party game, you can bring up to 5 friends to the battlefield and fight them as the boss.

The game supports 1v2, 1v3, and 1v5 boss battles where your friends play as Vikings each with their own special ability. Additionally, FFA or TDM viking vs Viking formats are supported if the boss fights ever get old. 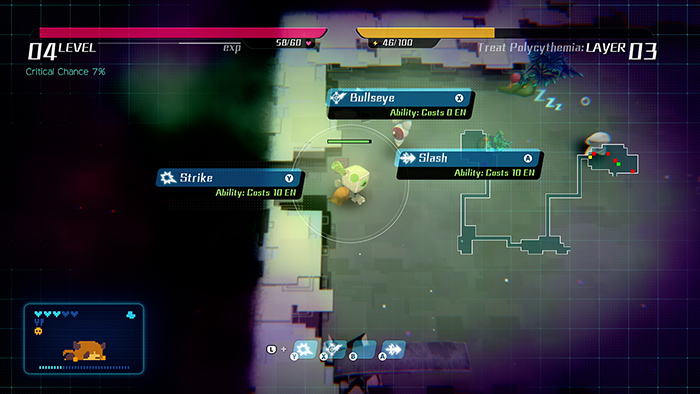 In a contaminated world of toxic fungi, a discarded maintenance robot must protect the last remaining human, a young girl, by creating a refuge for her within a terrarium. The game will have players exploring the wasteland in search of materials to meet the little girl’s needs. 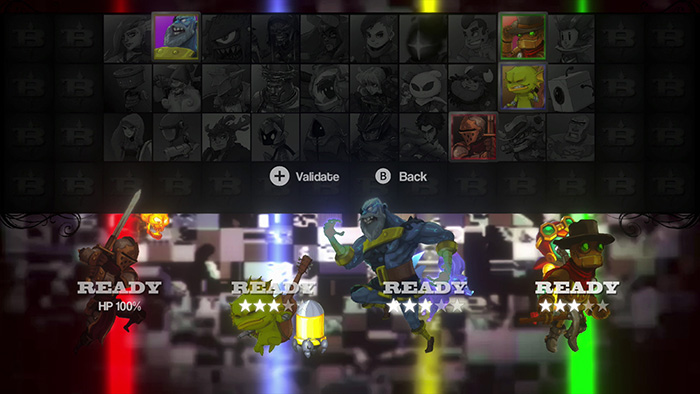 When you think about Bounty Battle, the first thing that may come to mind is an indie Super Smash Bros. The game surely seems to fit the bill in every aspect by bringing indie heroes from various indie games such as Guacamelee, Dead Cells, and Darkest Dungeon, into a complete battle frenzy game. It may lack online multiplayer and the presence of “everyone is here”, but it makes up for its cheaper price tag. 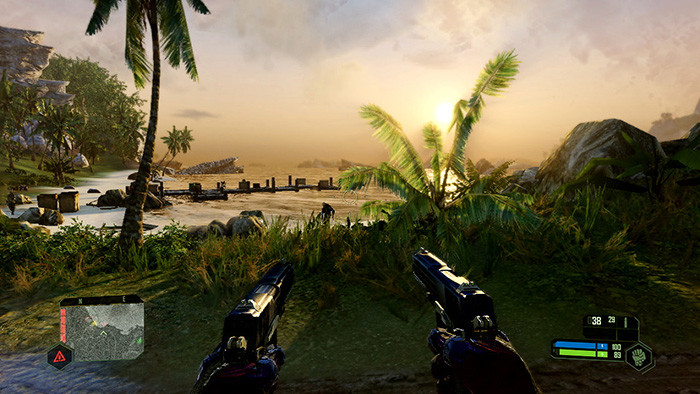 Crysis is well-known and well-respected among the first-person shooter games for years and finally has the opportunity to present itself on the Nintendo Switch. Players will finally have the opportunity to once again explore the open world of Crysis, destroy obstacles, ride vehicles, and crush enemies that stand in their path in this remastered version of the game. 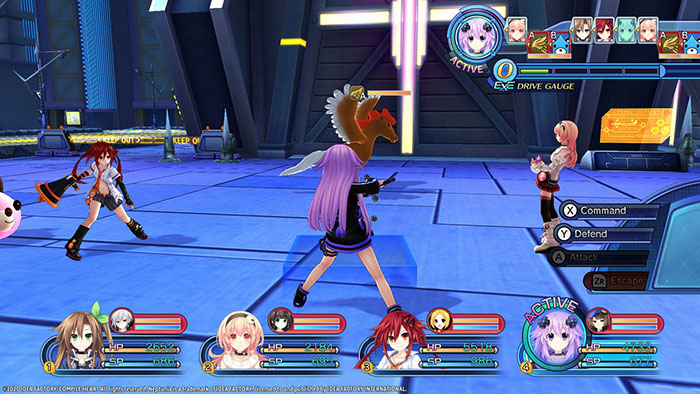 The first mainline game of the Hyperdimension Neptunia series is making its way to the Nintendo Switch with a new battle system to previous games. The game will have players traversing through three dimensions to restore order to Gamindustri with their favorite Goddesses. 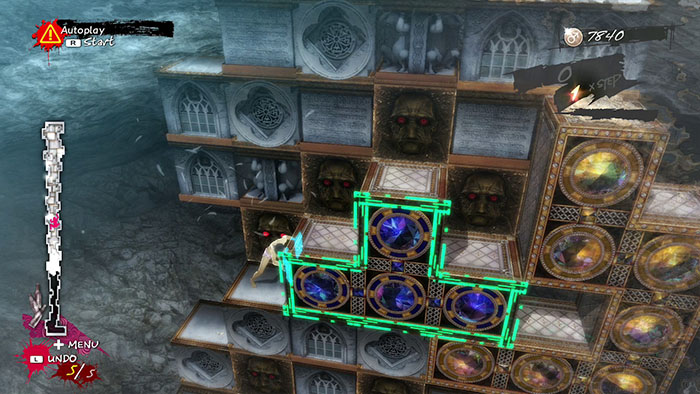 Vincent is an indecisive man who has been with his girlfriend, Katherine, for 5 years. Instead of bending the knee and surprising her with a flashy ring, he decides to have an affair with the provocative blonde bombshell, Catherine. The resulted discord caused Vincent to seek relief from his new neighbor Rin.

The gameplay consists of Vincent arranging blocks into a stairway to ascend block-made towers to reach their exits or fall to his doom. Multiplayer with up to 2 players is also supported.

Deadly Premonition 2: A Blessing In Disguise 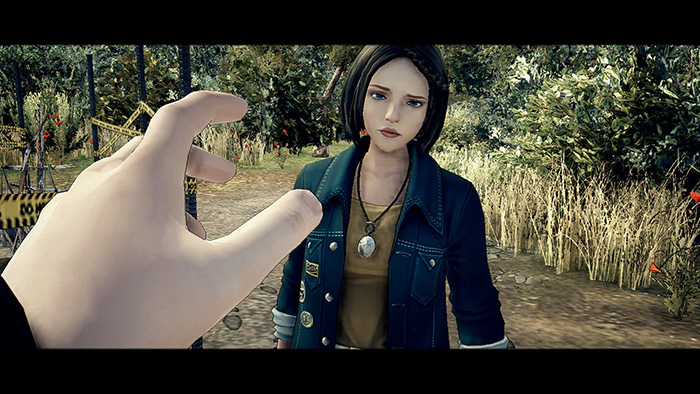 Deadly Premonition 2: A Blessing In Disguise is the sequel to Deadly Premonition and the game is coming to the Nintendo Switch this month. It was produced by the original team and continues the story of FBI agent Francis York Morgan. 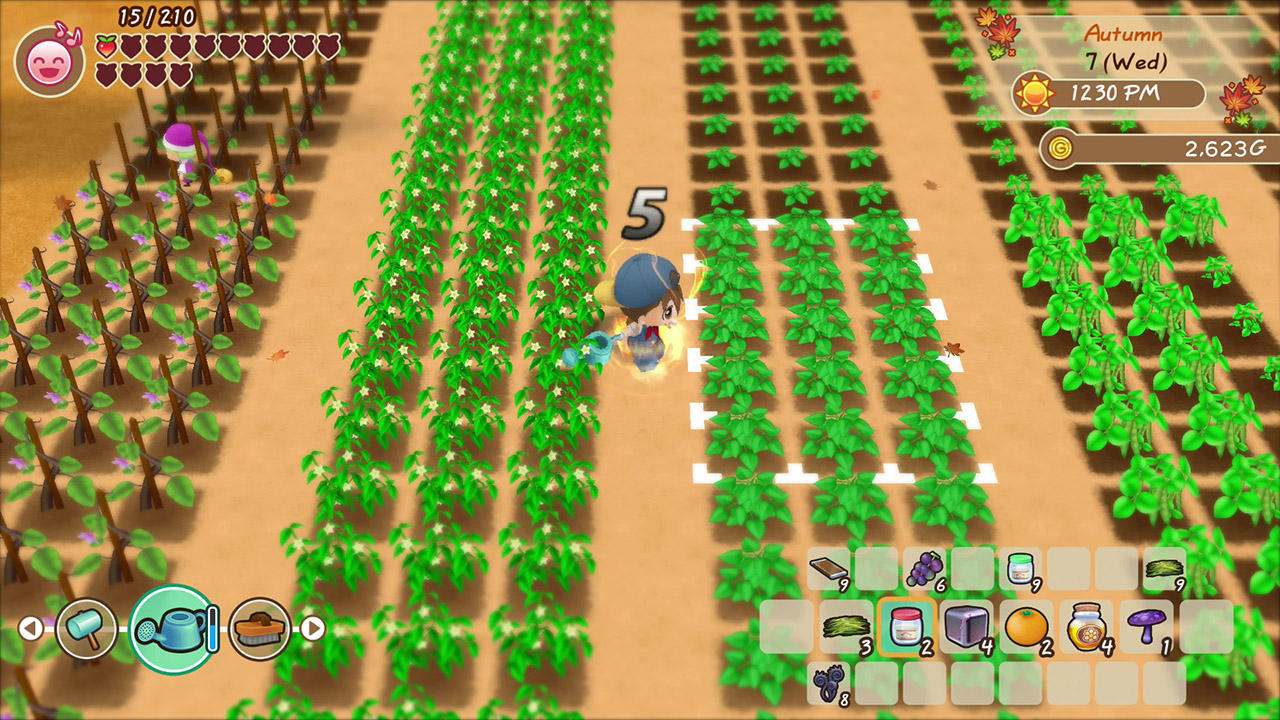 Grow crops, raise livestock, fish, cook, give gifts, and marry one of the eligible bachelors or bachelorettes – Story of Seasons: Friends of Mineral Town is yet another farming sim game and you must restore your grandfather’s farm to its former glory.

The game was originally released on the GBA some years ago and is now getting a Nintendo Switch port with graphics that have been recreated to modern-day standards and refined features such as multi-floor mining. 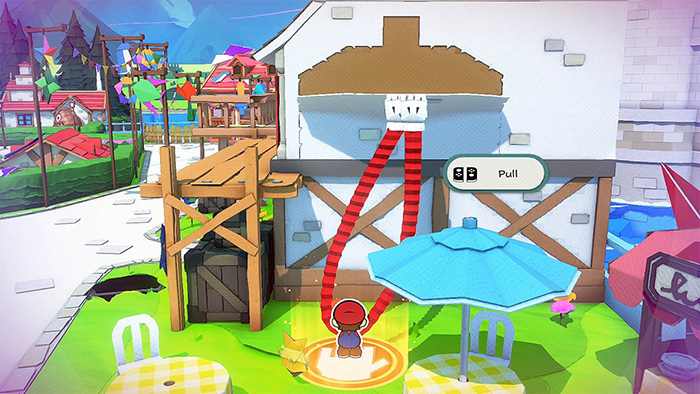 When an origami menace strikes, it’s up to none other than Mario and his new partner, Olivia, to fight against the evil Folded Soldiers, repair the damaged landscape, and of course, rescue Princess Peach’s castle from King Olly.

Battles take place in ring-based arenas where players are expected to strategically line up enemies to deal maximum damage. When not fighting it out with the Folded Soldiers, Mario is capable of interacting with the landscape to hit, pull, peel, and more. 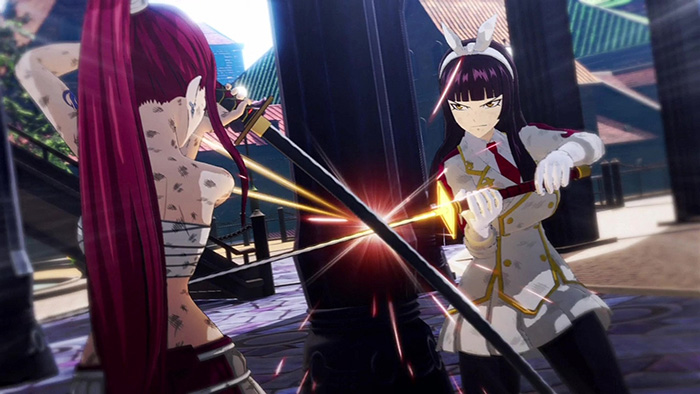 Popular anime Fairy Tail will also have a game on the Nintendo Switch with 16 playable characters from different guilds. It plays similarly to the regular turn-based JRPG and it utilizes familiar moves such as Unison Raid and Extreme Magic from the anime.