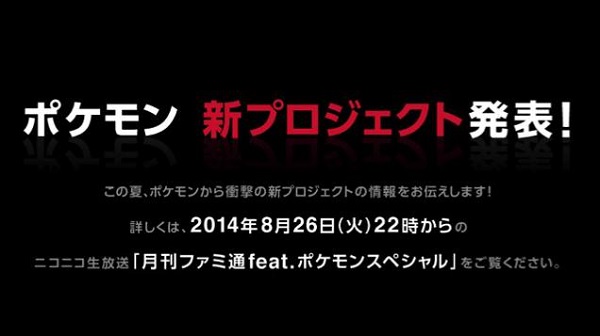 It looks like there’s a new Pokémon project in the works, where it will be revealed this August 26th in a “big announcement” as a Nico Nico broadcast. The teaser says “This summer, details of a stunning new project from Pokemon will be announced”.

It looks like there will be different guests, including a fashion model and a guy of Famitsu’s staff. We will reveal more details once the day comes, still it’s impossible to know if it’s a new game, manga or anime.