TIME TO DROP IT! 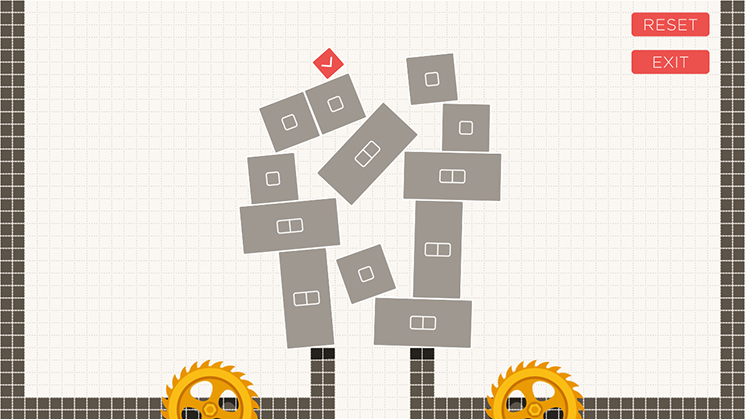 GAMEPLAY:
In this game, you need to destroy the gray boxes using your stylus and the red box (let’s call it “Blok”) will fall down due to gravity.

If Blok is lying on the black part of the game and no more gray boxes (bloks) are on the screen, you will win the level.

Of course, if you fall into the holes in the levels or you’re destroyed by those golden blades, you will lose the level and it will be restarted. The last element of the game are blue boxes called Bouncing Boxs and like the name suggests, those will bounce when they start to move.

They’re a total of 30 levels in the game and RCMADIAX already confirmed more levels for the future including a crossover with another Wii U indie title. There is still a decent quantity of levels for two dollars ($2). 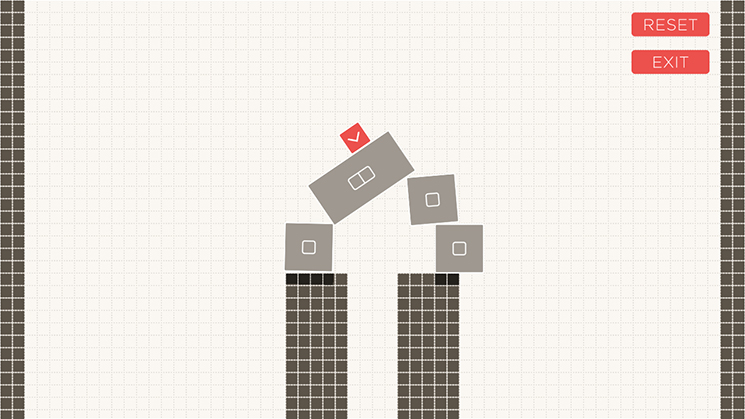 The game can only be played through the Wii U GamePad with the tactile screens and the controls work great.

GRAPHICS AND AUDIO:
The game looks amazing with its minimalist style but being honest, it’s pretty basic or better said, limited.

The game’s soundtrack is very limited as well, featuring just one song and a few sounds. The song is really catchy, however, you’re going to get tired of it eventually. 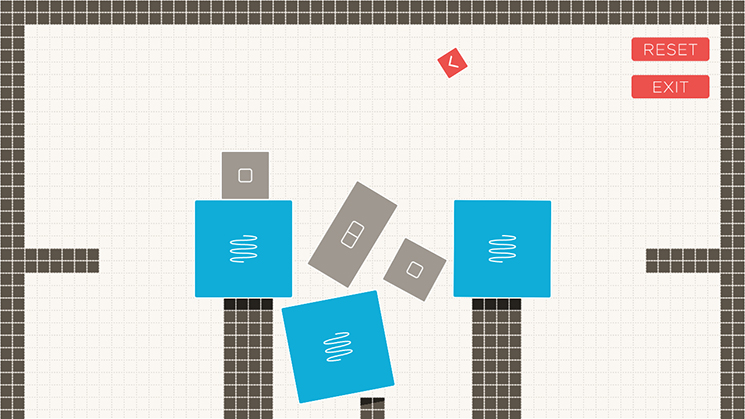 PRESENTATION:
The game presentation is okay but it should be better.

The good things about the presentation are the option to restart the level if you made a mistake and the level selection. There’s also a little explanation of the game every time you start it.

On the other hand, the game’s manual is lacking, the quantities of levels is short as of now and the replay value is actually poor.

CONCLUSION:
Blok Drop U is a really good game. It looks nice and it’s a lot of fun from beginning to its end. In essence, even when the game presentation and the audio is limited, the game is really worth its price tag. RCMADIAX already confirmed over 50 new levels in the future, so once those are released, we will be sure to do an update of this game’s review.