Fighting games on the Switch have been very plentiful, from Mortal Kombat 11 to a 3D Pokemon matchup in the Wii U port/remaster of Pokken Tournament DX. This generation on the Switch has had its fill of fighting games, with plenty of demand from consumers.

Trine developer Frozenbyte decided to get into the demand with Boreal Blade, attempting to make a more realistic fighting game not seen on the Switch yet.

No matter the model, the fundamental movesets are turning the angle of the weapon, a slashing move against your enemy, and a throwaway function that drops your weapon and results in a little beam being aimed at the opponent (if you are equipped with a sword). There is a roll function and normal walking/sprinting for means of defense and getting from one place to another. Blocking is also very simple, only requiring slight movement of the arm to parry your enemy’s attacks. The moveset, while hard to master, is very easy to memorize.

Boreal Blade is an online-only game with no CPUs. There are 5 modes within the game, all with the same slashing mechanics. These modes are Duel, Boreal Claim, Boreal Battle, Deathmatch, and Team Deathmatch. Each has similar environments that are randomized (a custom server can be selected to choose stages). 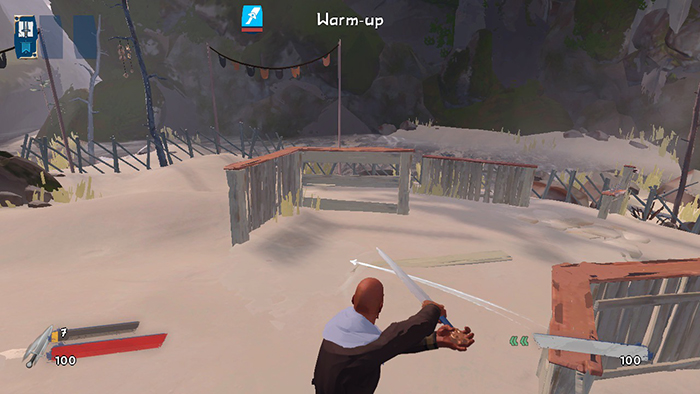 Duel, Deathmatch, and Team Deathmatch are all very similar to what you’d expect. Duel is a fight between 2 individual opponents, the player with the highest kill margin winning the game within a certain time period. Deathmatch is 2 individuals fighting to the death in 5 rounds, with the player losing when falling off or having their health completely depleted. Team deathmatch takes a similar approach to a duel, with 3 vs 3 teams, where team members fight to get the highest aggregate total score.

Boreal Claim and Battle are the unique ones. 5 rounds are the standard for both of these modes. In Boreal Battle, 2 teams compete against each other until team members are eliminated. The biggest issue with Boreal Battle is that teams are often being outnumbered with no balancing corrections, resulting in a rather easy win for teams with more players.

Boreal Claim takes place with players either attacking or defending a flag and might be the most popular game mode. There is a very strict time limit, and within this time players of 3 vs 3 have to either destroy or defend the flag within the time limit. For defensive users, this generally results in members splitting up and attempting to push back attackers as far away from the flag as possible until the timer runs out, while offensive players have to sneak around and push forward to chip away at the flag’s health. Players will likely have the most fun in this mode because of its natural balance due to the high number of players. Sadly, the other multiplayer modes have balancing issues with uneven teams due to their sparse amount of players, which unfortunately doesn’t make the game relatively fair.

Despite the variety of weapons, each weapon doesn’t change up the gameplay dramatically enough to feel that different from the sword introduced when first playing. Shields do allow more range of blockage, while pole-like objects give more range, but nothing is necessarily too different. This can be good as the already difficult learning curve is further intensified, although this is subjective to the player. 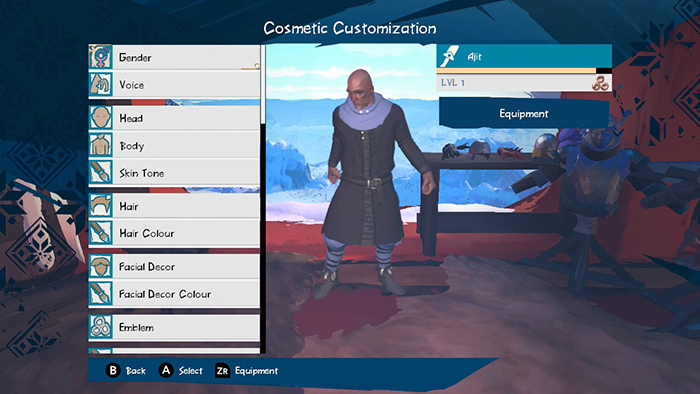 An online only experience

Fundamentally, the gameplay is an online-only experience which sets off as a heavily accented person using their sword to slice their way through enemies with precise positioning and timing. There is a tutorial that introduces the players to this gameplay, with a voice overhead giving you directions on movements and techniques. It’s adequate for basic knowledge of the controls, but the physics of the game takes a very large learning curve as it requires you to be much more precise in attacks. 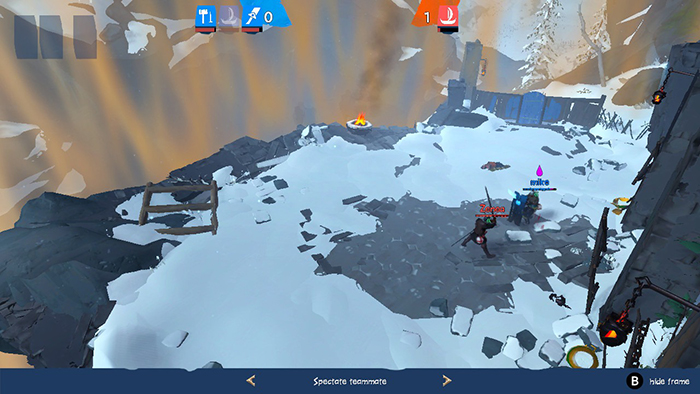 As an online-only game on the Nintendo Switch, unfortunately, it’s extremely difficult to find players. The single-player modes take an average of 3-5 minutes to find another player, while multiplayer modes cohesively are either completely full from available games, or don’t have enough people to play games quickly. Generally, either early morning or late nights see more players, but overall the player base is very small. 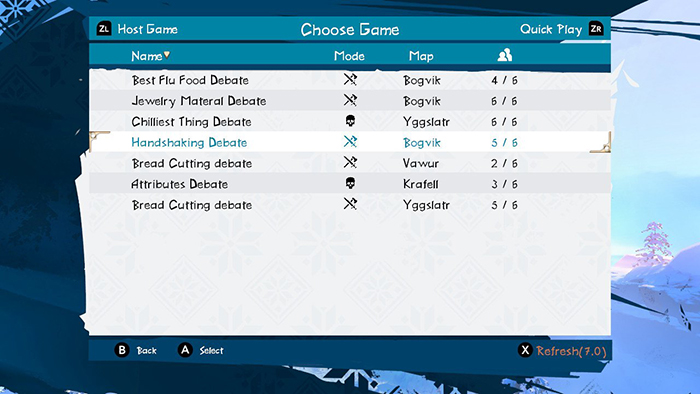 There are no private matches to play with friends, although you can create a custom battle that is publicly available to everyone. This makes it a bit more difficult to group up, and strangers can and will join into the game anytime. You can play friends, however, you cannot limit players or set passwords to prevent other random players from joining.

The attempts of realistic sword fighting is very unique, but at the same time pretty nerve-racking, as the relative precision needed of attacks means that it’s better to just go into constant attacks against opponents rather than formulate a strategy, making the fights clunky and not as realistic to “real world” sword combat as it should be. There is also no music to enhance the feeling of combat, there are only noises within the game itself. This may be an attempt to keep the focus on battling enemies, but it would’ve been nice to have some optional music.

Luckily the different modes make the game refreshing to an extent, but this game shows a lack of polish, from frequent bug errors to frame rate and balancing issues. The developers do seem to be actively gathering feedback from players, so these issues may be fixed, but for now, the game lacks the polish that’s needed to make it continually enjoyable. The gameplay is clunky and difficult, but the modes and sword fighting are still relatively fun and show great potential. The developer’s enthusiasm to update the game and fix issues is to be seen, but Boreal Blade doesn’t demonstrate enough uniqueness nor replayability to strongly recommend getting it.