The Stonehenge Museum, Summer Solstice, 2026. The year of the launch of the “Clean Water Initiative”, a technological breakthrough created by a company named Bradwell Electronics. The initiative seems to be the solution to the world’s water crisis.

“Delivering clean, safe water to every single person on the planet is our mission.

Our local branches analyse and survey communities and their environments to work out the most reliable method of delivering clean water to the area. That may be desalination plants for areas that are close to the sea, tapping into groundwater flows where available, or using Bradwell R&D’s cutting-edge filtration technology to cleanse waters from rivers and streams.” 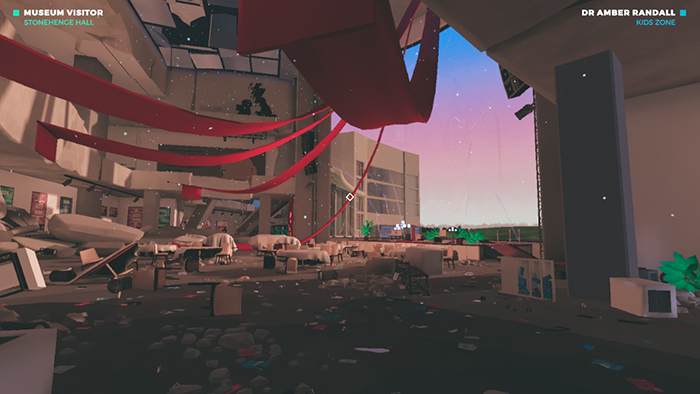 However, the day of celebration quickly devolves into a day of terror and disaster. You play as one of the many high profile guests who were invited to the launch party, unaware of the darkness that looms over them. Part of the way through the celebrations, an explosion occurs within the building. Was it an accident? Or was it a terrorist attack? You wake up confused, disoriented and unable to speak and it is your job to work out the answer with the help of your “AR Smart Glasses” which holds an automated voice named Guide, and another survivor named Dr. Amber Randall who works at the museum for Bradwell. Your way of communication to her is to take photos of your surroundings using your glasses, this can be both a clever mechanic… And a frustrating one. 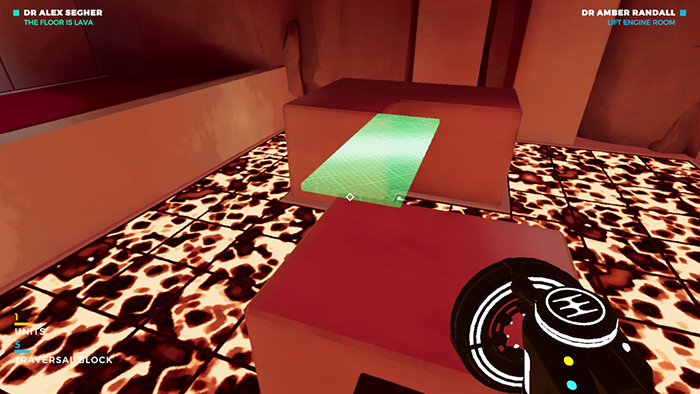 From looking at the trailers, the game looks to lean more on the horror side, however, the actual game plays more like a mystery puzzle game with a slightly unsettling atmosphere. You’re given this futuristic 3D printer that you use to solve the puzzles with. You collect item blueprints by “absorbing” specifically marked items that limit creativity a bit but you get ample items to be able to solve what you need to. Sometimes though puzzles get solved via the camera mechanic. Amber can help give hints, or command parts of the environment from her side to help you progress. Sometimes it’s not clear when you need to do one or the other, or what you need to photograph to be able to move on. For the parts where this is done right though, it’s done very well. The puzzles are unique and creative in their own ways. Not much guidance is given in some cases (unless you ask Amber for help) meaning you have to use the environment to your advantage. 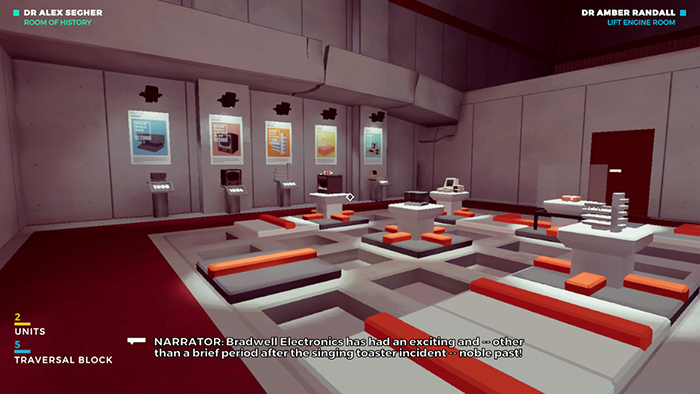 The game can quickly get confusing however, parts can be skipped depending on what you photograph and puzzles can have confusing solutions. There are a few glitches here and there around the place which can end up adding extra layers of confusion onto parts along with some visual and audio glitches now and again. 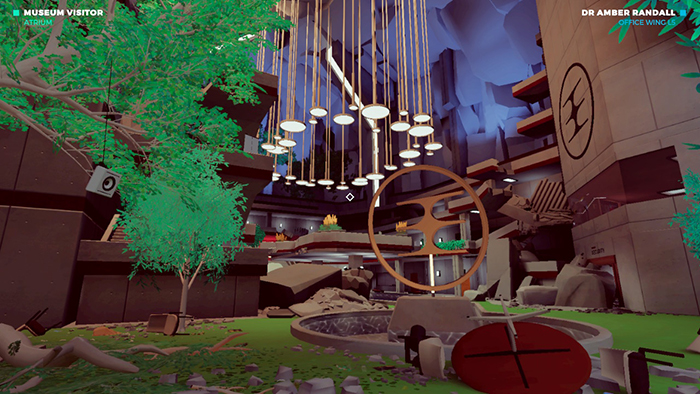 Overall though, if you want a short couple of hours in a puzzle game with an interesting story to it, you can pick this game up when it’s on sale, but perhaps on a different platform. The switch version suffers from major performance issues, dipping down to around 10 fps often, likely due to way too many particles in certain areas. The visual quality follows along with poor quality in both docked and handheld.