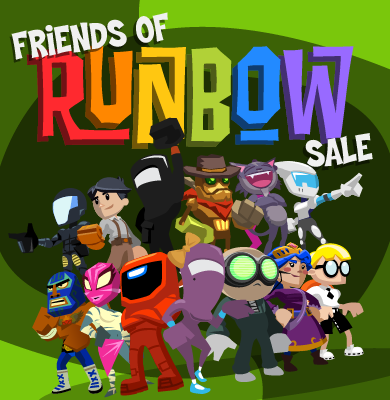 Runbow is a platformer where players try to be the first to reach a trophy at the end of a level. The game supports up to 9 players in its multiplayer portion. You can read our review of Runbow here.