FOR FREE OR NOT, A MUST HAVE GAME.
Cave Story 3D, created by just one guy, was released for free on PC platforms in 2004, and now, ten years later, is still a legendary game.

The Nintendo 3DS has two versions of the game. The physical version offers a new 3D remake and the digital version offers the same contents from the PC version, but instead of the double resolution graphics, it had the 3D feature. 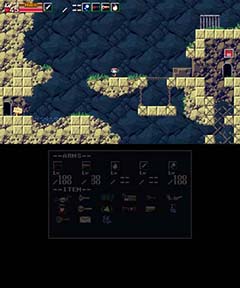 Cave Story 3D is a platform game. You can jump, move, attack enemies and avoid attacks.

One of the differences with most of the Cave Story platform games is the life system because you don’t have lives. Instead, you have health. The other difference is that you attack with weapons using a level system.

When you kill your enemies, you can get ammo for specific weapons, experience’s triangles for leveling up your weapons (well, the one you’re using) or little hearts for restoring health. If a enemy attacks you, you will lose health and also weapon experience.

The game isn’t pure platform and shooting, because you will have a little exploration. For example, there are little floppy disks for saving your data and hearts containers for restoring health (and ammo), you can find upgrades, and also, the way to have an extra weapon or the access to the best ending. 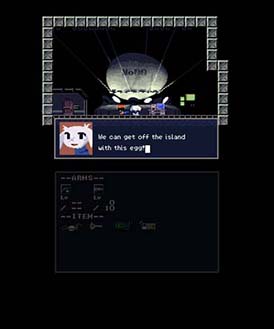 The story of the game is good, but I don’t want to make more spoilers so I won’t tell you about it.

The controls are excellent and the game works perfectly, the only thing that can make you mad is the actual difficulty of the game, but the plus version had three difficulties, so if you can make it with the normal mode, you can easily start again with the easy mode.

The game present a retro style, using a chip-tune soundtrack and pixel-art design. 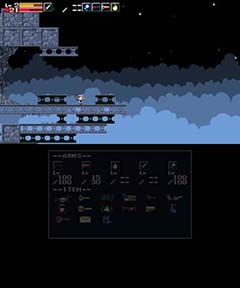 The game presentation is excellent, the story is really good, the translation is perfect, the new modes from the plus versions help a lot.

The lack of tutorial or explanation on how the game works can make a hard start for casual users, but the easy difficulty will make them a easy start to enjoy this game.

Being the definitive version for consoles, this is a must-have. The new modes and features allow you to make that $10 cost worthwhile and honestly, I can’t find a reason for not buying it.