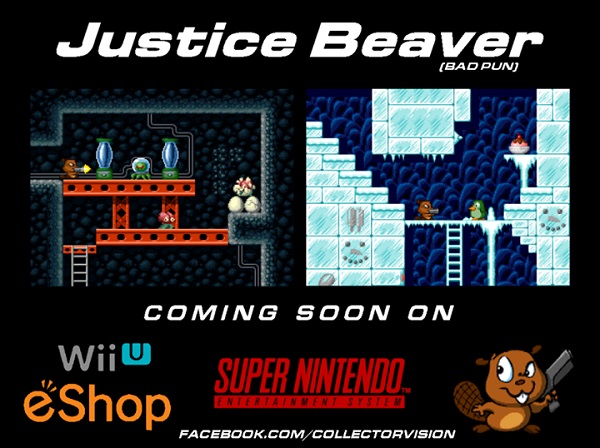 Still, there’s another game for the SNES, and it’s Justice Beaver, where it will also reach the Nintendo Wii U eShop. The most interesting thing is they’re planning to release the game as a Virtual Console game, where they stated that the worst thing they expect is releasing it as a eShop game instead.