AN ALTERNATIVE FOR KIDS! 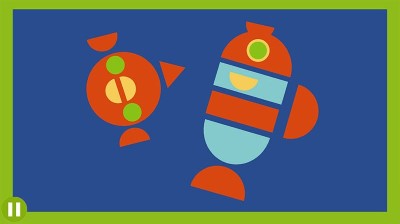 GAMEPLAY:
What is the difference between Color Zen and Color Zen Kids? Well, the levels and the intended audience.

Like the previous entry, Color Zen Kids is a puzzle game using geometric pieces, but this time there’s a difference: the level design (I will explain this later).

The goal is still the same: you win by connecting the objects of the same color until you fill the screen with the color indicated in the corner of the screen. White shapes can be combined with any color, black will make disappear the shapes and the dotted lines shield your shapes from changing colors.

The difficulty of the game in overall is more easy than Color Zen, but the main problem with the game  is the quantity of levels: at the same price, you get 100 levels instead of the 460 ones, and that is a big difference of value.

The controls of the game are the same, you use the tactile screen of the Gamepad to move the shapes, but instead of tapping the screen to see the pause menu, there’s a button in the bottom-left of the screen. 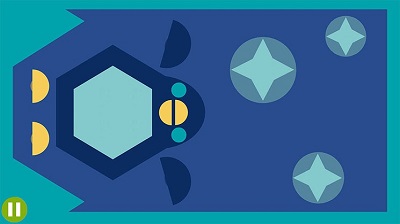 GRAPHICS AND SOUND:
The game looks nice using abstract shapes, most of them animals; I find the designs of Color Zen Kids better than the previous game in overall for some reason.

The music of the game keeps the same style, and well, the same artist from Color Zen, and like I said in the other review, it’s a soundtrack that can be enjoyed better with headphones.

PRESENTATION:
The presentation is nice again, giving a good explanation of the game and a nice menu design.

Sadly, the quantity of levels is lower this time, and like the previous game, the manual is lacking (but you can see the tutorial anytime) and the replay value limited.

CONCLUSION:
Color Zen Kids is a good sequel for Color Zen. The soundtrack is again good and the design is better than the previous game, but it offer a fourth of Color Zen’s number of levels at the same price. Still, it’s a good entry for the  eShop, and a recommendation for those who loved the first game.