The ‘Usurping Magic’ quest in Shin Megami Tensei IV: Apocalypse had me confused for several minutes when I was serious about tackling it. I thought I had to fuse the demon Futotama via Mido’s special fusion feature, however, I was wrong.

Instead, you have to go to a demon’s domain on the Tokyo map and take him out.

This guide shows you how to get to Tougu Gosho as well as teach you Futotama’s weakness so that you can easily defeat him.

How to get to Tougu Gosho in Shin Megami Tensei 4: Apocalypse

There are multiple ways to get to Tougu Gosho. The screenshot below shows you the way from Ikebukuro, Shinjuku, Ueno and Kasumigaseki. 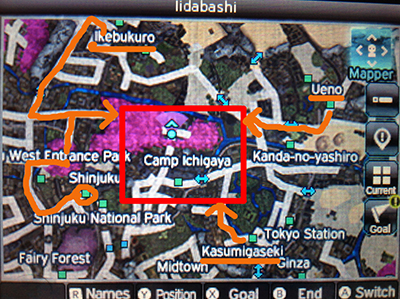 You can travel the distance or use a terminal to get to a certain point then travel to the distance. As you’re most likely aware, you can pass through the poison swamp to the left.

Futotama is a level 75 demon of the Enigma race. He is weak against force skills and has resistance against light and dark skills. He uses magic stones, including attack mirror and magic mirror to repel attacks, therefore you should be careful during your battle with him. 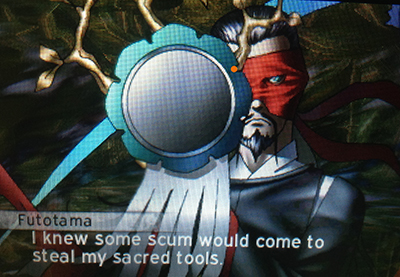 He has a massive amount of HP, however, you can bring him down by constantly using heavy force skills.

After defeating him in battle, you will obtain the Futotama-gushi and the demon demon will disappear. All that remains is to deliver Futotama-gushi to the Hunter’s Association and the quest will be completed.