Costume Quest 2 is a basic RPG game and like any game of the genre, there will be exploration (following the story, talking to NPC characters, finding secrets and sidequests) as well as battles.

Since the game is a direct sequel to Costume Quest, you will start the story where the first title left off which is quite confusing at the start considering it wasn’t available on a Nintendo console. In simple terms, you have to control a few kids that want to save Halloween, but will you succeed? Meanwhile it sounds cliche, it’s actually well written. 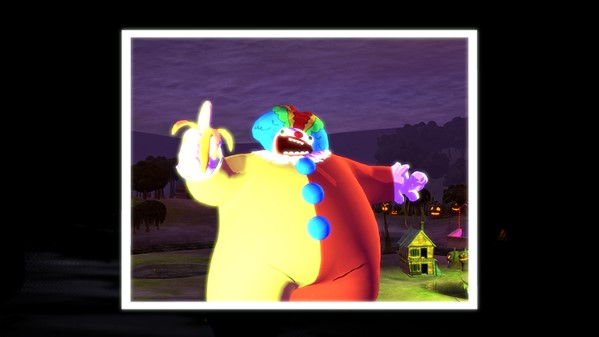 The battles work pretty simple: you have the option to attack, use a card (I’ll explain later) and run away. When you attack, you need to press a determined button in the correct time (like the Mario & Luigi RPG series) in order to perform a successful attack and also, take less damage when enemies attack you.

Dealing or taking damage will fill a little yellow bar that will allow you to use a special ability depending on the costume you use, such as attacking a group of enemies, healing your group or executing a powerful attack to one enemy.

The costumes you will use do not change the special attack. Instead, they have their own stats, strengths and weaknesses while some can also have its own abilities on exploration such as playing a horn or moving away a heap of leaves (I won’t spoil the costumes, sorry).

Since you can’t use items to recover, brainstorming a good strategy is really important, however, you can easily recover your health after battles. There are two methods: find a checkpoint fountain to recover and save the file or eat your own candy – the last one I don’t recommend since you will be required to purchase stuff (in addition, there is an early suit in the game with a healing ability). 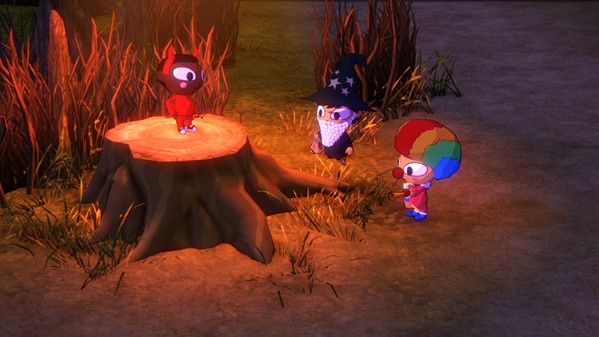 What can you buy with candies? Creepy Treat Cards, maps of the zones including the secrets you discovered and upgrades for your suits. There is another minor use for candies, so try to keep them.

What are Creepy Treat Cards? I would say the replacement of the item system, where you can bring up to three cards to the battle: their effects are pretty varied, most of them are for having an advantage on the battle (like making the enemy attack itself, removing half its health, making then unable to move) or giving a small bonus like double candies when you finish. There’s a limit though: if you use one, you can’t use them for a few battles, therefore changing cards often can be a good strategy.

By using the notebook (you can open it by pressing the Y button), you can view your characters’ stats, check and change your cards, see the maps you bought, see the progress of the game including side-quests, the costume parts you got… it’s really useful. If you want to change your suits, you will need to use R button instead.

Costume Quest 2 looks great with a design that shares a lot of personality and charisma making a good use of the Halloween theme, however, the constant performance problems are hard to ignore, where sometimes it can even damage your precision during battles due to lag. 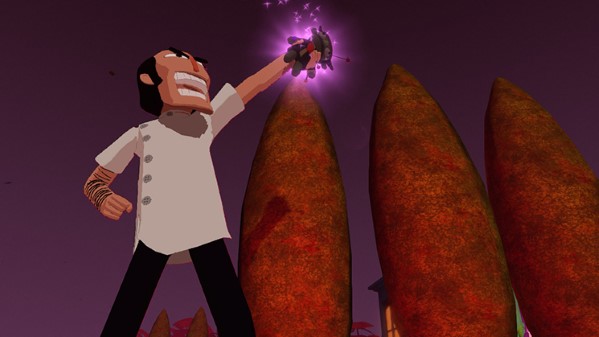 The soundtrack is also nice, from the songs composed for the title to the large variety of sound effects it contains mostly for the battles. Still, for some reason there’s a sound glitch that appears randomly the last a couple of minutes and it is not annoying at all but it can be scary at times in the sense that it feels like the console is freezing.

The presentation for the moment is really basic if we consider the performance problems, the lack of Gamepad usage (it only shows a few background images during the whole game) and the manual is really basic, leaving out a lot of explanations.

Despite that, it supports the Wii U Pro Controller (I recommend using one with the Gamepad’s screen off), auto-saves often and the interface is well done, the game is easy to use.

A little detail I would have also loved since Costume Quest 2 works as a direct sequel of the first title and since it wasn’t released on a Nintendo platform, a short brief description of the first game would have been a nice touch in order to understand the story of the game better.

Conclusion:
Despite the basic use of the genre, the game makes a good example for those looking for a simple experience or for those who want to try a RPG without risks. Not to mention the title has a good price for its duration.

Note: An update for the title has been confirmed, therefore a new short review will be available when the update is available. I still recommend to play it, but mostly after the update is out.