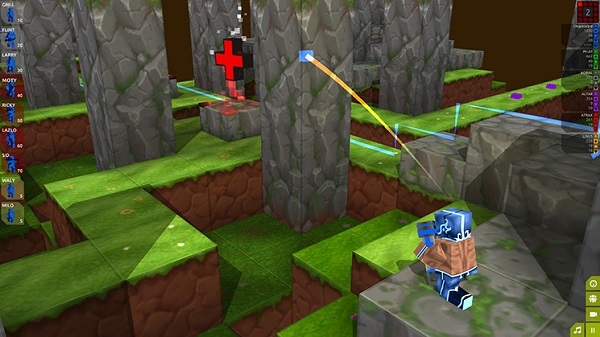 Cubemen 2 was announced a long time ago for the Nintendo Wii U (including other indie titles) and it’s finally reaching the eShop next month. From September 4, the game will be available for USD$7.99 / €7.99 / £6.99 / AUD$10.49 in the North American, European and Australian regions.

This will be also the first cross-platform multiplayer game on any Nintendo system where you will be able to play and share levels with PC, Linux, Mac and iOS players. This fast-paced strategy game already features over 8000 user-generated levels and it’s easy to see that the game’s main feature is its replay value.

Cubemen 2 can be also played offline, being able to download the levels to play later.

As announced on the Nintendo Games Site, these are the main features of the game: