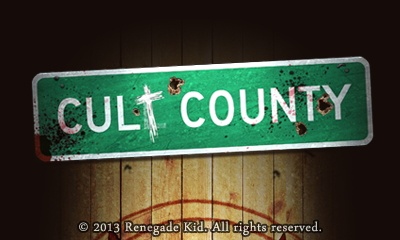 Can you believe there was a time without an overly war-saturated FPS game market; a time when Duke Nukem was considered the most controversial thing after the chainsaw scene in Scarface, when MS-DOS was synonymous with PC gaming, and most importantly: a time when horror first person shooters like Blood were so popular? We’re talking about prehistoric times of course, defined as “before the Rolling Stones’ first tour.”

But seriously. If you’re one of the lucky souls who were around in the days of games like Blood and Chasm the Rift, and you’re secretly still nostalgic for those times, then Cult County, which has been announced since March 2013 but has had surprisingly few updates since, will definitely interest you. 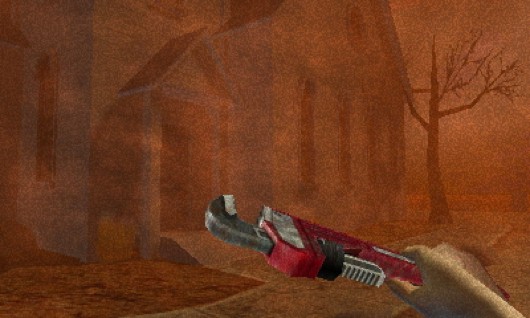 Horror FPS games like this game is looking to be were in great demand in the mid-to-late 1990s, but as the sixth generation of consoles rolled around and MS-DOS became obsolete, they slipped away quietly – and while some horror FPSes like BioShock became huge successes, none of the later efforts exactly captured the ‘single crowbar vs zombie army’ feeling that made the DOS games  so scary. Perhaps they were a bit too polished and refined for that feeling. Cult County, even from its still screenshots, looks just like the titles some of us miss so much now. 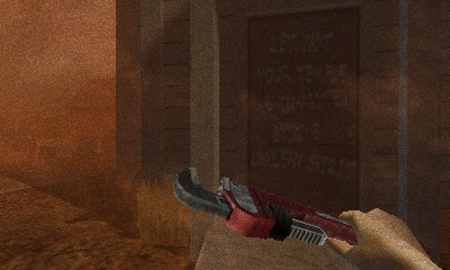 Renegade Kid will release Cult County in episodic form, so it seems Cult County may be the first episodic Nintendo 3DS Download-Only title. Two three-episode seasons are planned, but the developers have said that if the game proves popular enough, there will be more. The first episode will be released in early 2014.

With eShop games like Mutant Mudds to their name, Renegade Kid have already proved themselves a force to be reckoned with, so while Cult County as a single game won’t be enough to revive the survival horror FPS genre, hopefully it will be as good as the similar earlier games we remember.