DLC content for Super Smash Bros. for 3DS and Wii U (and the very last) has finally been announced, and it’s coming sooner than you think. The last batch bringing two new characters and a wide variety of new Mii Costumes that was announced in the Final Smash Presentation.

It has been confirmed by Nintendo in their Twitter page that Bayonetta, Corrin and the Mii Costumes will all be coming on Wednesday, February 3rd for NA in the afternoon and Thursday. February 4th for EU early morning.

Other information such as prices, bundles, etc. can be found at the official site’s DLC page,
http://www.smashbros.com/us/dlc/

Below are screenshots of the announcement: 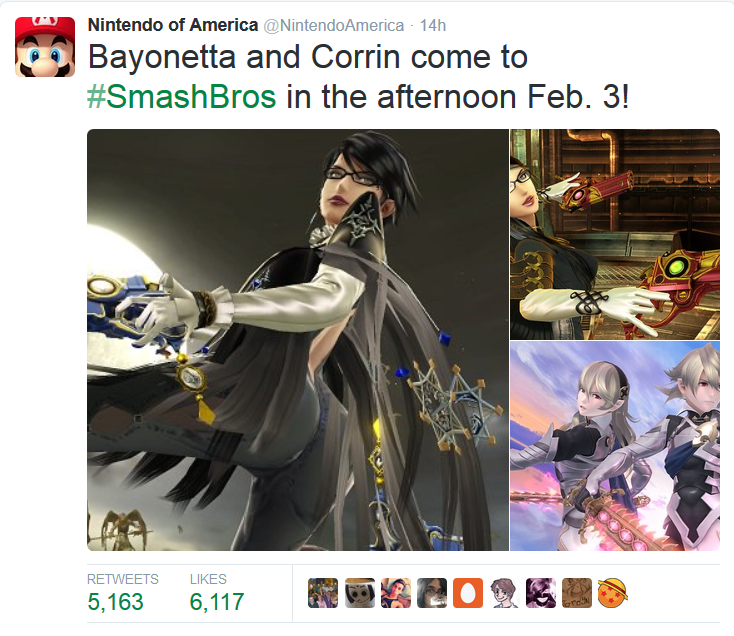 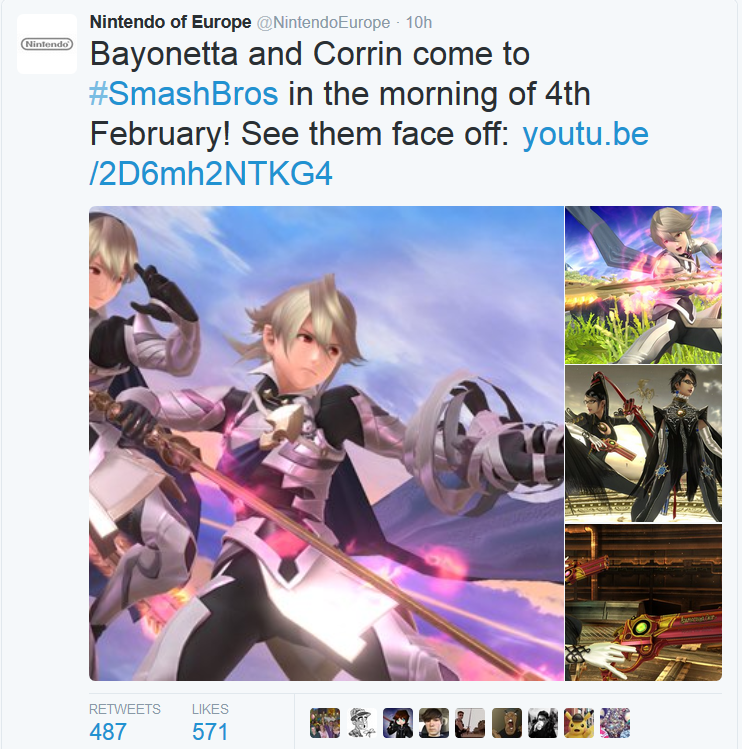