It’s no secret that Game Freak is the mastermind behind the Pokémon franchise, and their success seems to be mostly attributed to the series. But what about their other works? Surprisingly, the game development company has created a healthy list of titles completely separate (and successful) from that of the Pocket Monsters, such as Drill Dozer, Pocket Card Jockey and HarmoKnight. Detective Pikachu seems to be a cross between a Pokémon game and one of these spinoffs: it features many familiar faces but it plays completely different from the titles before it. The greatest mystery of Detective Pikachu may be how the game itself came into existence, and how it’s provoking the franchise’s first live-action movie tie-in in 2019. This little game came into view in Japan back in 2016, and skipped the US entirely. But now, the game has been tripled in length and released worldwide, so let’s dive right in to see if solving this mystery is worth the $40 ticket to Ryme City. Note: a small portion of the story will be revealed here, since most of the gameplay in Detective Pikachu drives the story forward.

If you’ve ever seen an episode of the Pokémon anime, get ready; we’re going to mention it a lot in this review. The very setup of the game feels much more like a spinoff of the animated series than a personal adventure, but it’s still intriguing nonetheless. While most Pokémon games progress the story as you travel throughout the land, this one is completely driven by the story. The main mystery of the game involves a boy named Tim, as he arrives in Ryme City to search for his missing father Harry, meeting Detective Pikachu within the first five minutes of being there. Tim himself isn’t all that interesting, but his character allows for Pikachu to really stand out. As you’ve probably noticed by now, Detective Pikachu is much more gruff (and vocal) than the standard variant. He walks on his hind feet and has a lot to say…to Tim. As it turns out, Pikachu can speak English, but only to Tim for some reason. Theories aside, this strange ability allows the pair to interview both people and Pokémon, a key ability in solving the case of Harry’s disappearance. Along the way, you’ll be seeing over an hour’s worth of well-done cutscenes, where Tim and Pikachu bounce off each other and get up to some interesting antics along the way. These cutscenes really feel like a CGI episode of a Pokémon cartoon, which helps to open up future games to a lot of new possibilities in storytelling. The fully-voiced dialouge helps too, and the writing is decent for the most part. 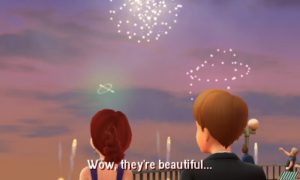 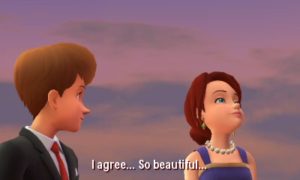 Tim isn’t the wittiest main character, but he has his moments.

Detective Pikachu’s gameplay is split into three basic parts: interviewing people and Pokémon, solving the mystery of each area in your notebook, and more high-action sequences in the form of quick-time events – no turn-based battles this time around. Walking around and interviewing all of the characters in each area is the key to solving each mystery, or just progressing the story. You can review the clues, people, and other information you find along the way at any time via the touch screen. Solving the mystery and/or figuring out a smaller problem comes after you’ve gathered all the required information in the area. Using the touch screen, your job is to assemble the clues you’ve found from talking to people and Pokémon into evidence. This part comes right after you’ve talked to everyone about everything in a conversation, and you usually can’t progress until Pikachu gives you the go-ahead. This can be a tad annoying at times, since sometimes the answer is clear but Pikachu wants you to gather all the information before solving the mystery. Even if you know something ahead of time, you’ll have to find a corresponding clue first. Either way, this usually means backtracking to people you’ve already talked to, to get more information on a clue you’ve just found. This can indeed get pretty repetitive, but there are usually a few more unique puzzles to solve in between, such as pushing crates ala Zelda, or finding the correct path to take with some artsy signposts – kind of like Mario Odyssey. I know what you’re thinking, and yes, that is a JoJolt reference.

The QTE’s are…interesting. During a certain point in each mystery, you’ll come across an event that requires either a well-timed A-press or…button mashing. Each event can have as many as 5 or more QTE’s or as few as 1. These are a way to change up the gameplay, but there isn’t much to say about these, since they’re mostly inconsequential. See, failure isn’t really a word in Detective Pikachu. If you fail a QTE, you restart it until you get it right. If you use the wrong clue in solving a mystery, you simply have to try again. The difficulty here really is the lowpoint of the game, as it really doesn’t provoke the player to continue on. The story is usually the driving force of the whole game, and the cutscenes make up at least half of the runtime. QTE sequences repeat infinitely if failed…not that players likely will.

Game Freak has been putting a lot of focus on building the world of Pokemon in a more detailed fashion lately, and that’s especially true for Detective Pikachu. Every area is distinct and realistic in exchange for the brighter, colorful worlds of Sun and Moon. In one area you’ll be searching a giant dock for a warehouse, and in another you’ll be finding a little girl’s lost necklace. Each area is split up into a few sections, but still pushes the system to its limits: lag does occur on some occasions. While this doesn’t affect the gameplay, it’s a bit obvious that the game was designed for the New Nintendo 3DS. No 3D this time around either, a gimmick that Game Freak has recently dropped entirely.
The areas in the game are realistic and relatable to our own world, but this also seems to make them less memorable. The NPCs don’t really help either. While the ones featured in cutscenes and have names tend to be distinct and interesting, the less important NPCs tend have been given shady, pupil-less eyes. It’s a tad distracting when compared to every other character in the game. Those eyes appear to have seen better days.

Since this game is a bit more on the down-to-earth side of the Pokémon universe, the music takes a noticeable backseat here. Most tracks are simple and don’t intrude on the gameplay, but aren’t very memorable either. A few have a high-energy beat, but remain in the background even when the action is intended to be high.

Detective Pikachu is generally enjoyable once through, but replaying chapters can be a bit tedious. It’s structured very much like a Phoenix Wright game, with an option to continue from where you last saved or replay a chapter in another save slot. Each episode is structured like a TV show too. The game is very linear, and each chapter must be played completely through in order to fully experience it again. There isn’t much replay value either: once a chapter is completed, the only reason to go back and complete it is to obtain more Pika Prompts, the little cutscenes where Detective Pikachu gives you hints and other fun quips. Even these can be obtained with a simple tap of the infamously large Detective Pikachu amiibo.
Certain mysteries and sections can be a real pain too, since each one has a bit of Pikachu dialogue. This dialogue isn’t skippable by any means, and getting the answer wrong or redoing the answer results in having to listen to the yellow fluffball’s speech all over again. It really feels like a spot of hand-holding that could’ve been easily avoided.
The story also has a few shortcomings, like the main mystery the game is advertised for. While the main case of the game is finding Tim’s lost father, players may feel rather disappointed by the ending, no spoilers here though. This may be due to the interest in a sequel or the upcoming movie, but it still leaves a hole in a decent story.

This is a weird case of a Pokémon game, that’s for sure. There are times when it feels more like a movie-length episode of Indigo League rather than a game. But then, there is a major positive to this: the game has a fun and intriguing story with enjoyable characters that have a fair amount of development. The main games could learn a lot from this, and characters like Lusamine and Lillie from Sun and Moon are getting us one step closer to a more memorable cast. The interactions with Pokémon are really neat, and despite being a main gimmick of the game, still feel like another development in the relationship between players and their pocket monsters. Pokémon Refresh, Poké Pelago, and other features in Sun and Moon have given us more chances to better connect with Pokémon, and this game gives players a talking Pikachu who knows how it feels to be one. While it may have a nonexistent difficulty, a just-okay story and a repetitive experience, it’s always great to see Game Freak trying something new and refreshing. If a slow, simple cruise through a mystery sounds fun to you, then Detective Pikachu might be exactly what you’re looking for.

Danominator is a professional goof with an undying love for the 3DS, and an even greater love for a good ol' Mario game.