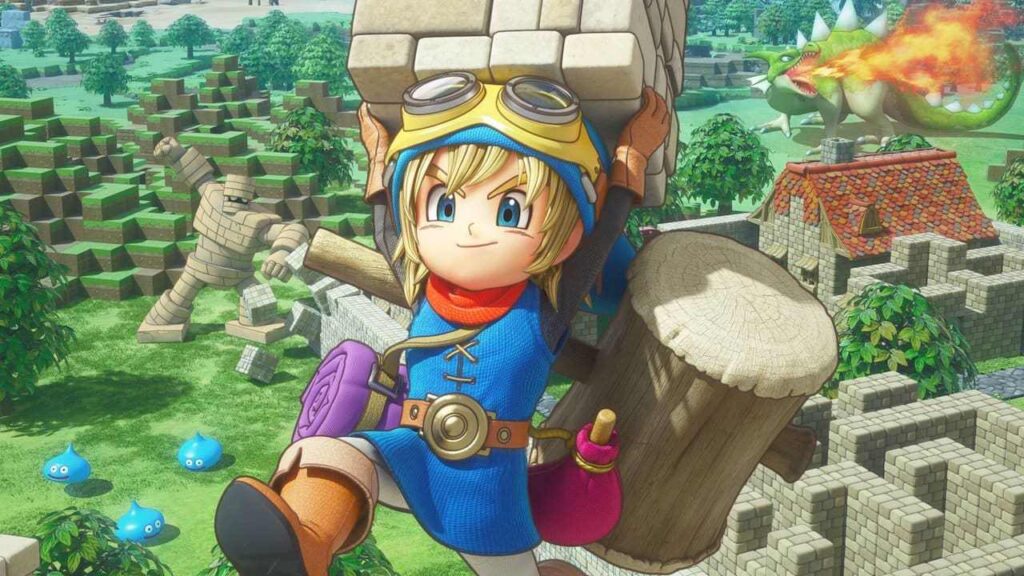 If you’ve been playing the Dragon Quest series since it was called Dragon Warriors, the opening scene should look very familiar…or not. After all, it has been 33 years since its release.

In case you’re in need of a refresher, you’re back in the land of Alefgard, where the Dragonlord tyrannically presides over a land engulfed in chaos.

You’re at the Dragonlord’s castle. The final battle begins in moments. You approach his giant throne, and he makes you an offer: if you drop your sword and become his ally, he’ll let you rule half the world.

Of course, in Dragon Warriors your answer becomes clear the moment you plunge forward and start hacking him to bits.

In Dragon Quest Builders, however, that final battle never comes. The hero accepts the Dragonlord’s offer, and is thanked by being tossed aside as his newest ‘ally’ completes his quest for world dominance.

The screen fades to black, and your hero awakens in a dark cave. Dying and with no recollection of their past, they are guided out of the cave by a spirit called Rubiss. He teaches them how to craft a few items before sending them on to face the fallout of a broken world that only they can restore.

Oh, and it can only be them — no one else knows how to build.

He reminds you how integral your role in restoring the world is before hitting you with this line: 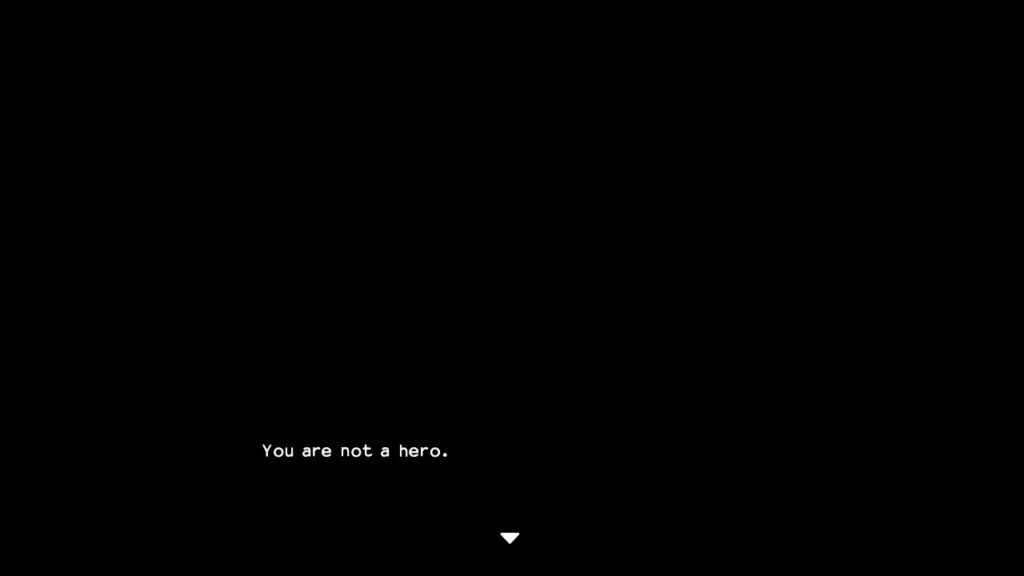 Um, I would say that being the only one who can save the world sort of qualifies you as a hero. Don’t let that disembodied voice make you question your self-worth.

Each chapter introduces a new island with its own resources, characters, and — of course — problems. Your hero will be given requests by the people in their settlement, most of which require crafting a variety of items out of raw materials. Soon, you’ll have the power to create all sorts of tools. Your catalogue expands with each quest you complete, and you’ll progress from building torches and campfires to furniture and buildings before the end of the first chapter. 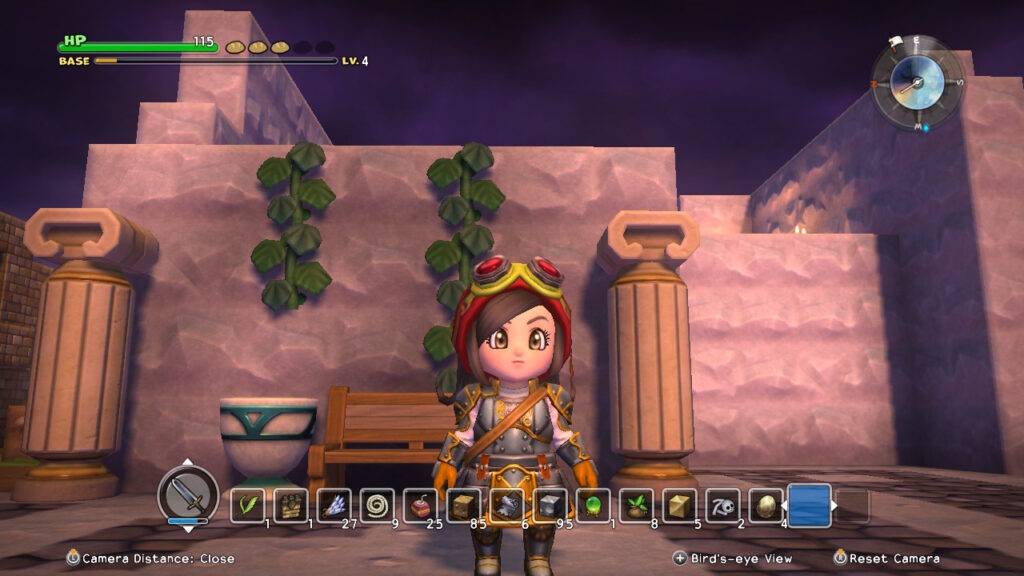 As you aid the characters, they’ll aid you in return by providing blueprints to weapons, structures, and other necessary items you’ll need to take down the boss of each island.  They’ll even start to do a little crafting themselves, which helps when you don’t want to waste your time building tedious objects like doors and coffers when the fate of the world is at stake.

Just a fair warning: while there are boss battles and enemies, you might be disappointed if you were expecting fighting sequences more true to the Dragon Quest experience. There is no command console that pops up when you’re approached by a spitegeist to ask if you would rather obliterate it with magic or strike it with your sword. Instead, you’ll be pressing the Y button to repeatedly swing your weapon. 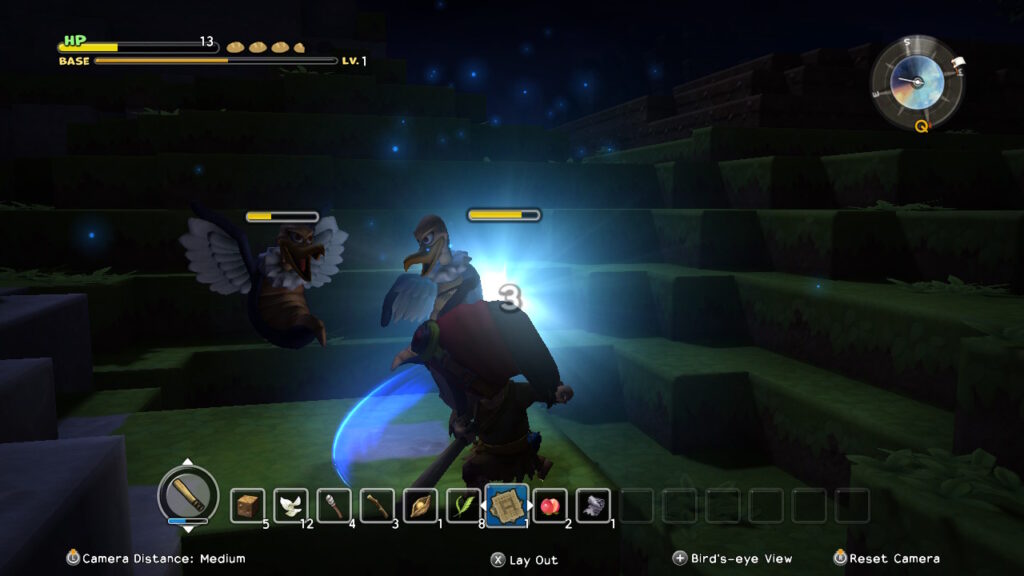 You’ll need to watch out for raiders, too. Sometimes, the attacks will be uncoordinated. If that’s the case, don’t worry — a stray monster or two won’t put up much of a fight or do a lot of damage. Your villagers might even deal with them before you have the chance to.

It’s when they are coordinated that you need to start worrying. Monsters will storm your settlement in waves and try to destroy everything you’ve worked so hard to build. Make sure that you’ve stocked up on healing supplies and weapons beforehand, or you won’t be so thrilled with the way your battle pans out. 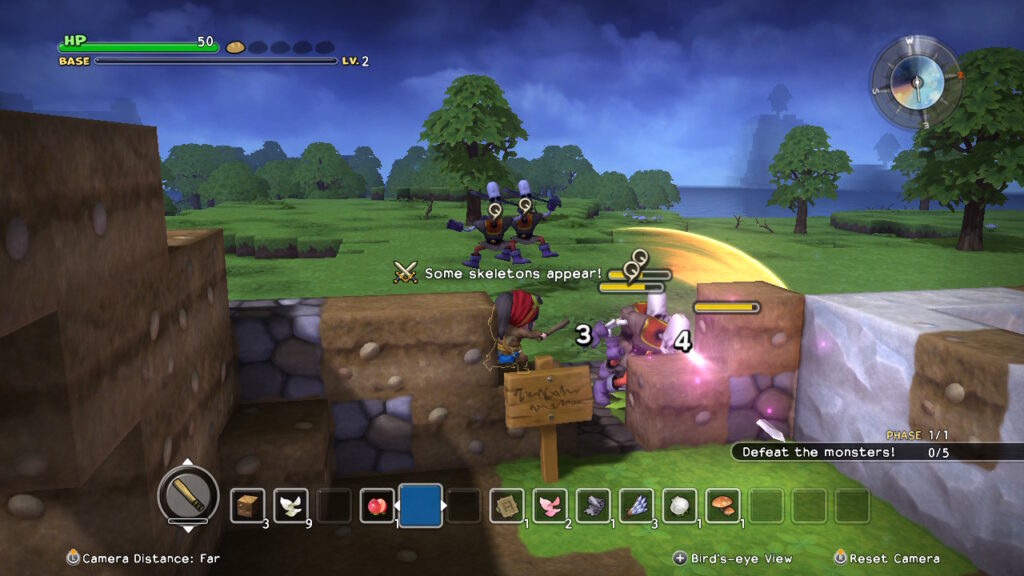 Alongside story mode, there’s also Terra Incognita — a peaceful haven undisturbed by the maladies that riddle the other lands. Here, you can build and explore freely without the additional stress of  completing quests. Upload your base online, gather a wealth of materials and resources, and even add monsters to your party!

Is it Worth Buying?

This colourful sandbox adventure strikes just the right balance between strategy and role play. So long as you approach this game with the mindset that it’s a spin-off predominately focused on the building experience, you’ll enjoy it. Have fun reforming Alefgard brick by brick in this charming addition to the Dragon Quest series.