It has been confirmed that early copies of Pokémon Omega Ruby and Alpha Sapphire in Europe will not only be delivered with a shiny Pokémon, but also with an exclusive steel case for the game featuring Primal Groudon and Primal Kyogre depending on which version you buy. 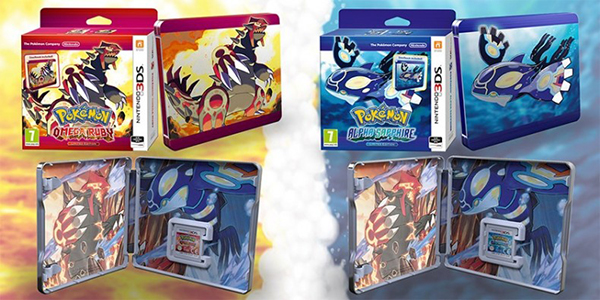 Those Steelbooks will be available as soon as the game is released and since they’ll be made in limited quantities, therefore you better hurry up when the game is out if you want to get one.