There are two things that happen to me every time I play a pixelated RPG: I die a LOT, and I get lost around every turn. Elliot Quest was no exception (and the worst part is I actually had a map to go by, too). But the game is not to blame for that; in fact, it tries its best to lead you in the correct direction. I guess I just have my directionally challenged self to blame for that one. However, it IS to blame for dying a lot..or maybe I’m just really bad at these types of games. Anyway, let’s jump right in to the review. 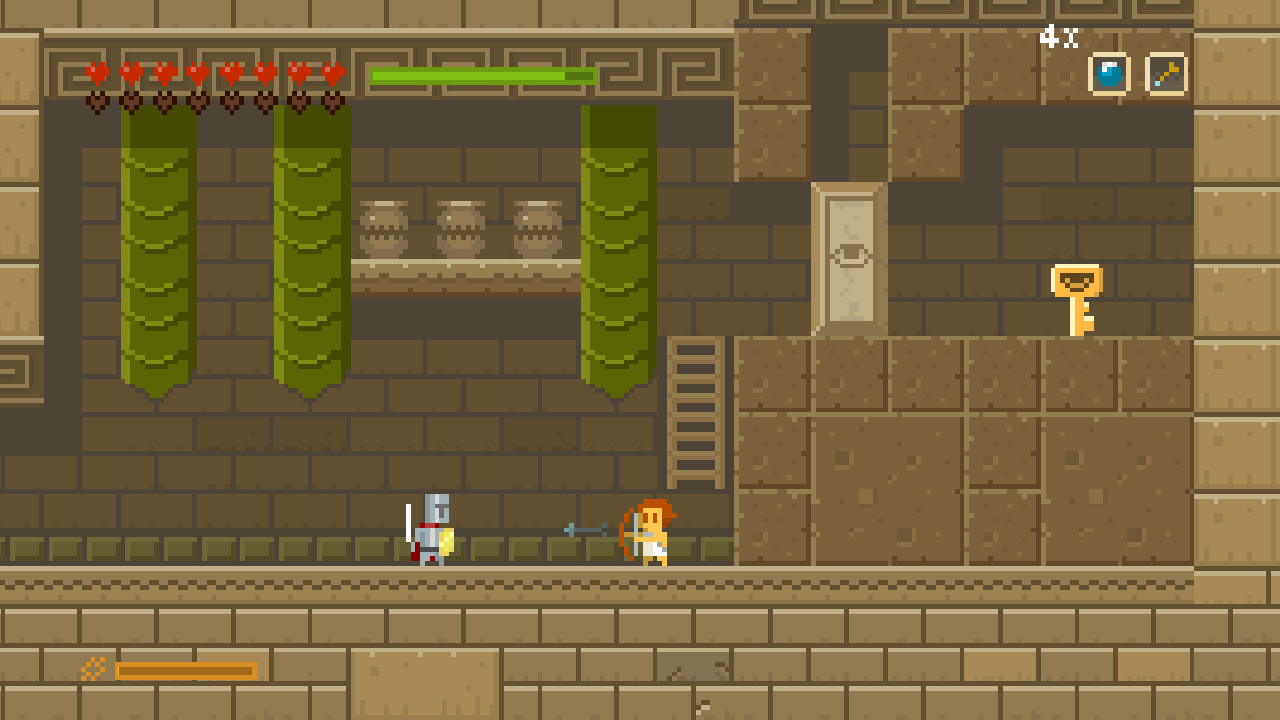 When you first start Elliot Quest, you see a black screen with a blue-ish orb in the middle, and text at the top that reads “Oh man…no matter how many times I die, it never gets any easier. Now where was I?” (for me, that instantly shouts “You’re going to die a LOT!”, and boy did it come true). When the screen goes away, you see Elliot standing there next to a save stone saying something about finding the Guardian, ending a curse, and he reveals that he’s speaking to someone named Cara. Hm. Interesting. After that bit of text, you’re off on your journey (and later, you find out Elliot is cursed, and that he cannot die, but if the curse isn’t removed soon he will turn into a demon for good).

As you progress through the dungeons, more of the story will be revealed through text which reads as if Elliot is speaking to someone that can hear him (well he is..us!). Her name is Cara, and we don’t know much about her until after the first boss fight. He is speaking to a stone, which leads you to believe she is dead, until he humorously says: “I don’t know why I’m speaking to a stupid stone, you’re not dead; you just left.”, which then led me to believe that they were married/she was his girlfriend and she left him. I guess he never got over her. 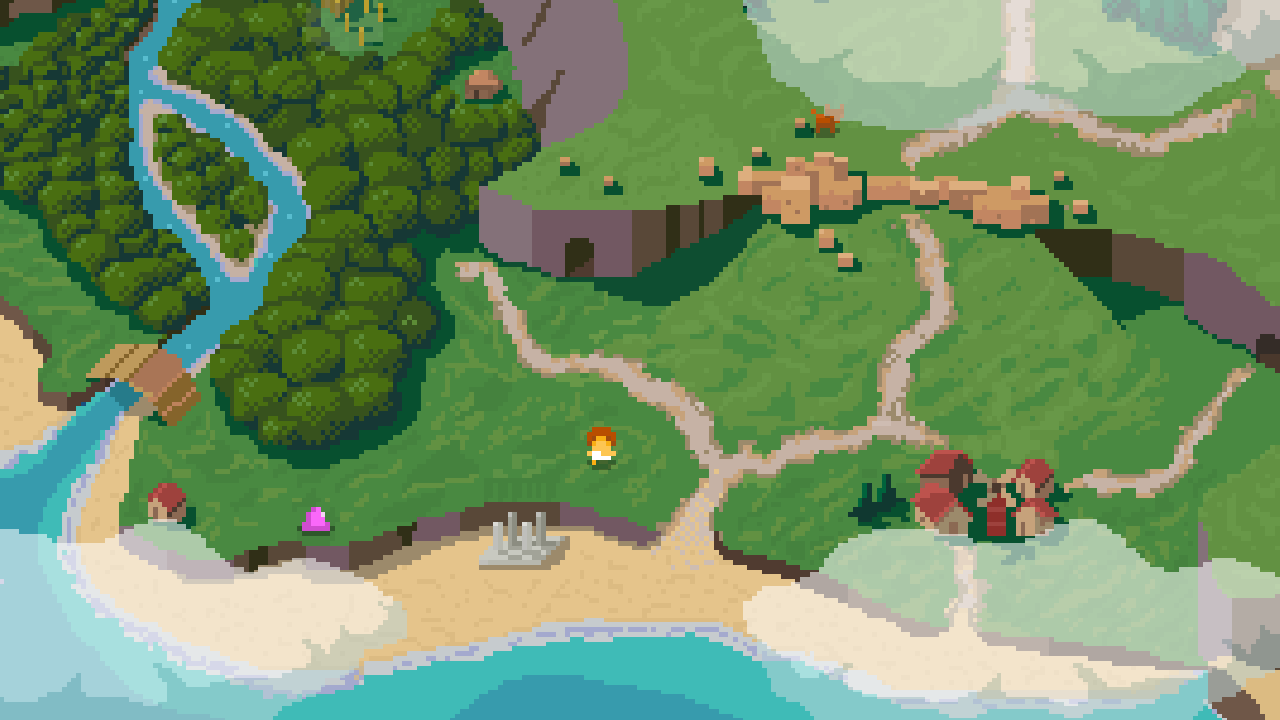 As far as gameplay goes, if you’ve ever played a side-scrolling pixelated RPG, then you already know how to play. You start with a bow and arrow as your only weapon to survive. After you defeat bosses and locate secret treasure rooms, you will unlock more gear, such as a shield and magical skills to help you on your way.

However, I found the beginning of the game (before you have any skills/a shield) to be quite difficult at times. You only have 3 hearts (like Zelda or most basic RPGs), which means 3 hits and you’re dead (although soon after the first dungeon, you get a 4th heart which makes things easier). And when you die in Elliot Quest, you lose a portion of gained EXP, which can mean that everything you just fought was fought for nothing. I guess there has to be some form of punishment for being bad at the game; after all, there isn’t any permadeath! 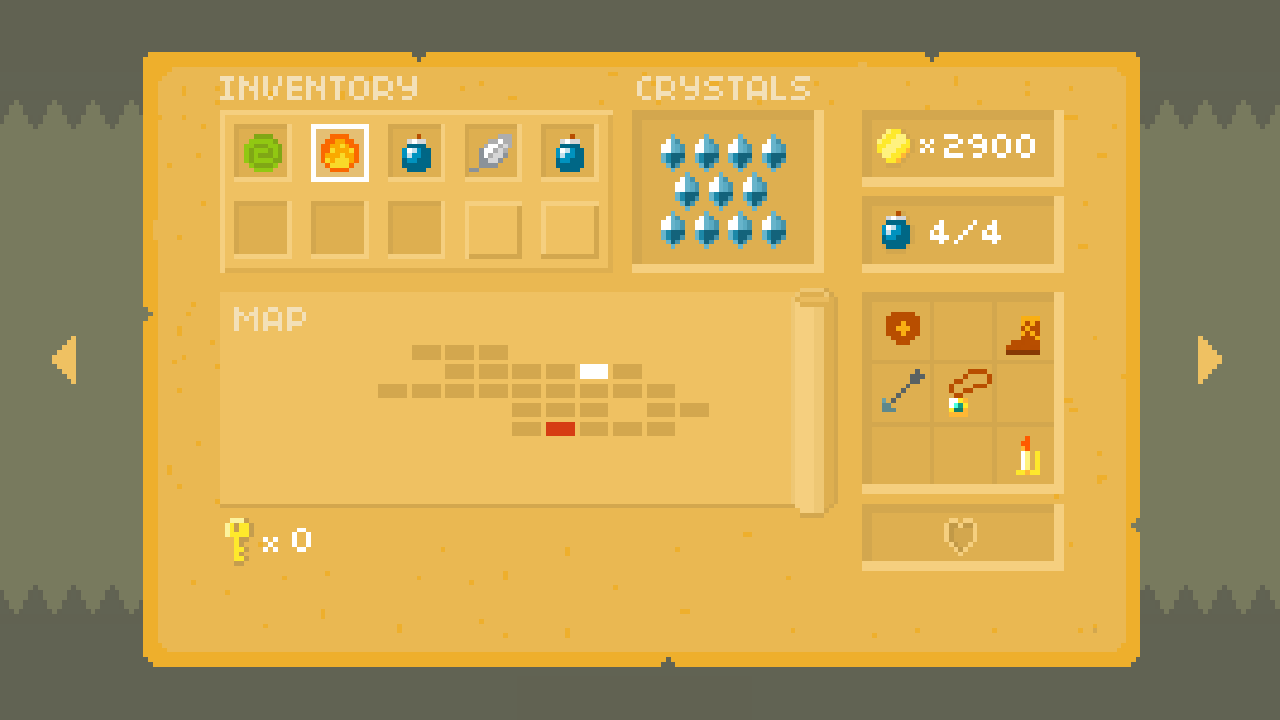 As mentioned earlier, if you get lost in these types of games a lot, there is a map with all of the rooms in the current dungeon that you are given when you start; even the rooms that you haven’t visited yet. However, a lot of them are not accessible until you go through parts of other dungeons and unlock the skills required to proceed. There are only 5 dungeons, but there are so many different parts in the dungeons that it doesn’t matter how many there are; trust me, just because you beat a boss does not mean the dungeon is clear by any means.

Though some may disagree, to me music shapes the game. If I’m fighting a dragon and a slow Jazz song is playing, or I’m in a high octane race and I’m listening to a folk song, it isn’t going to get me hyped up to play. But in Elliot Quest, the music is just fantastic. To sum it up quite nicely, it sounds like early Pokemon music and Legend of Zelda music had a lovechild (a.k.a. man, it was great). No matter what the occasion was, Elliot Quest always had fitting music, and that goes a long way for me. 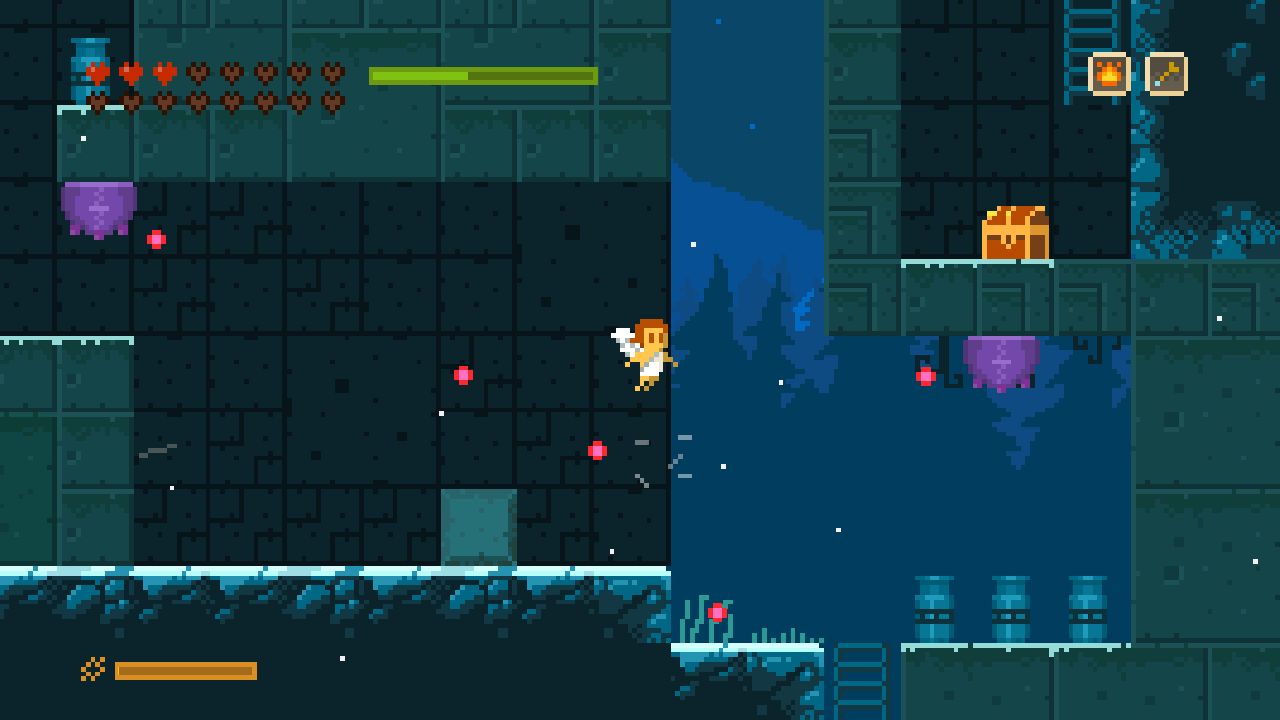 Honestly, I didn’t think this game was going to have as much depth as it did in terms of storyline, but man is it deep. It left me wanting to play the game more just so more of the storyline would unfold. It tells the story through playable flashbacks and Elliot talking to who we presume is a woman that left him while he was sick, all the while fighting monsters and running around in dungeons trying to find a Guardian who can supposedly free him of his curse. Yes, that’s more than enough to pull me in.

Elliot Quest was very enjoyable for me. I love RPGs anyway, but the pixelated style appeals greatly to me, as well as the fantastic music and the simplistic sidescroller gameplay style. I’m giving Elliot Quest an 9/10. I am aware that this game already existed on Steam and a few other platforms, so seeing how well it worked on the Wii U (and especially the gamepad) was incredible to me. Also, with several different endings, Elliot Quest can have you playing over and over again trying to reach a different result; and believe me, it’s worth your time.