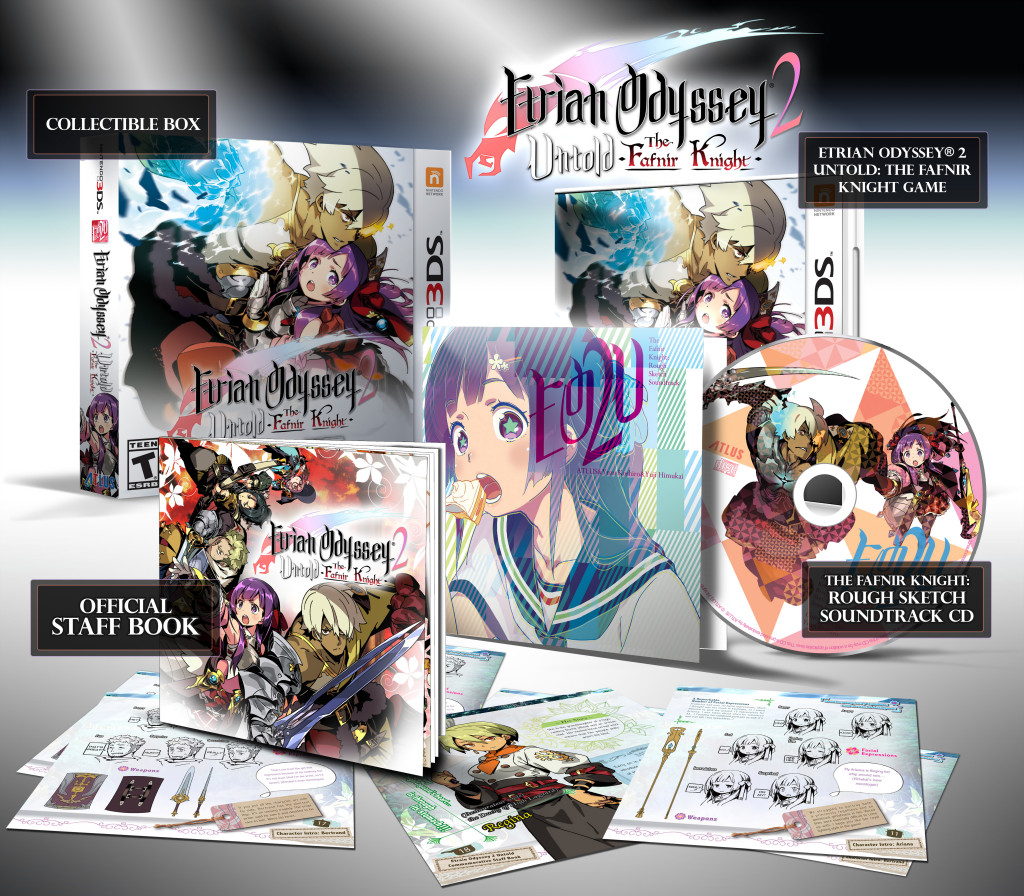 The launch edition of Etrian Odyssey 2 Untold will include two items:

Those goodies, alongside with the game, will come in a collectible outer box. Etrian Odyssey 2 Untold: The Fafnir Knight will be released sometime in Summer 2015 for the Nintendo 3DS.