Exit the Gungeon is a challenging action-based combat experience that will test your platforming and fighting abilities. The bullet hell roguelike game was developed by Dodge Roll and published by Devolver Digital. What exactly does this mean? Pure insanity is the answer. You play as one of four characters to dodge a storm of bullets and attacks from enemies and bosses. The loss of all your health means starting from the beginning again. Trial and error is the best way to describe progression in this game. 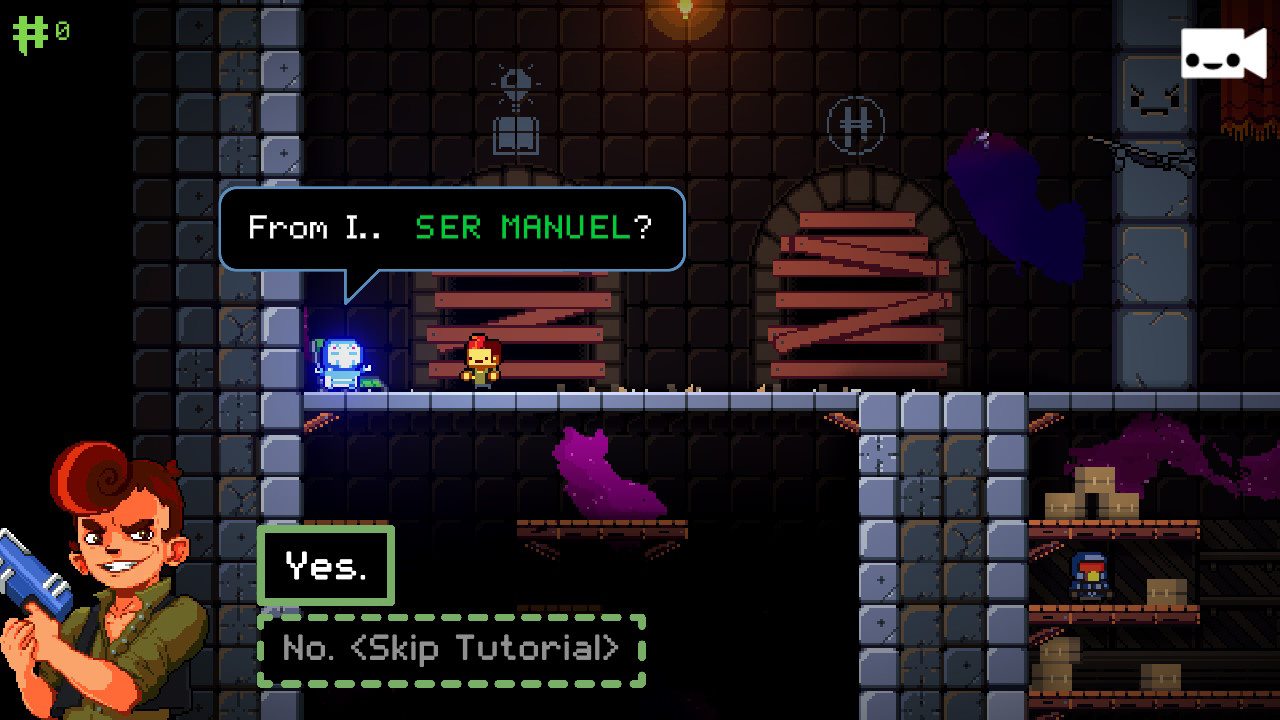 The game consists of a player shooting down enemies and dodging a multitude of bullets and projectiles. Dodging bullets requires the character to simply be suspended in the air, otherwise face damage on the ground. Weapons are randomized constantly, so the bullets used to take down enemies can range from powerful lasers to singular projectiles with terrible aim. This can result in games that are more successful than others.

A Difficult game, to put it lightly

It’s no secret that the gameplay of Exit The Gungeon is extremely difficult.

Players can commonly get stuck on the initial floors to the first boss by constantly getting killed because of their lack of health, poor weapons, and inexperience. It’s this initial learning curve that can make the game not a great choice for those with little patience to go through the same area repeatedly until the slow progression gets them to the next point. 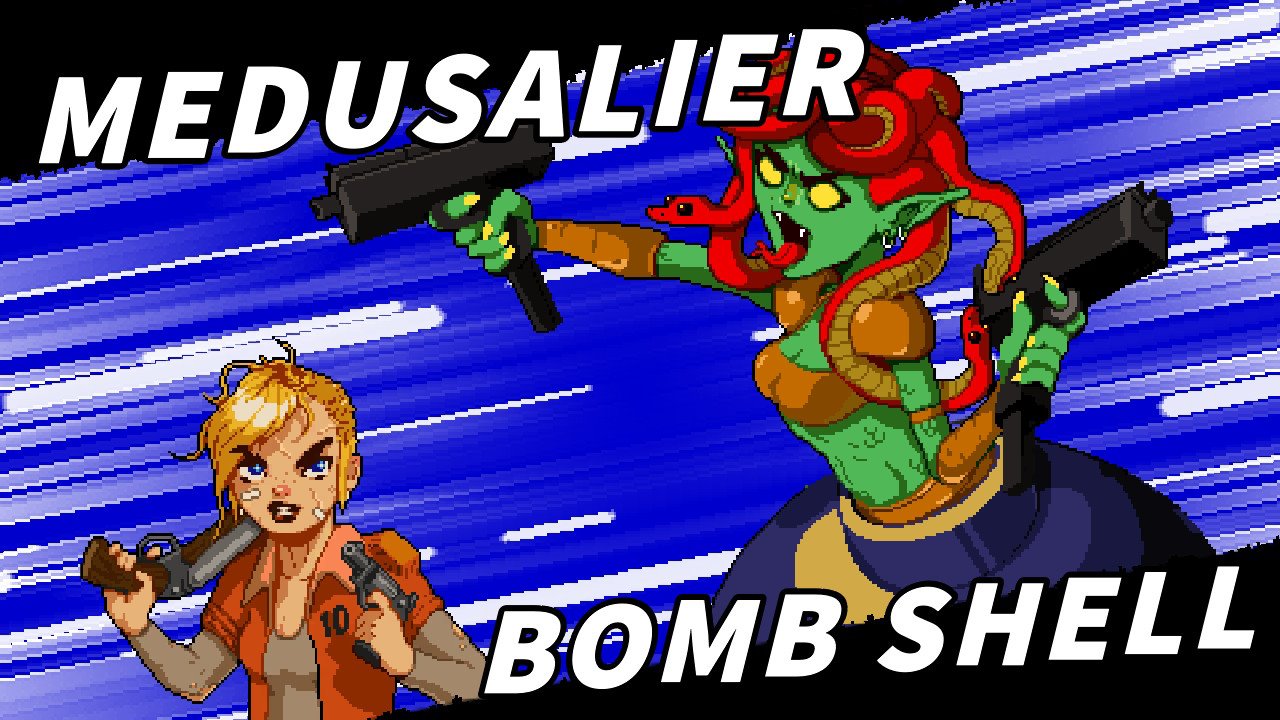 The game has hubs and a store that makes characters more powerful, making later sections more bearable. The bosses and enemies have patterns and can be defeated with lots of trial and error for the average player as it’s not an easy game by its core.

The movement of the characters makes it easy to learn them. To dodge bullets, the character simply needs to jump in the air or barrel roll on the ground. The shoulder button is used for shooting, and the above L and R triggers can be utilized to release 3 limited blasts that wipe out any bullets or projectiles on the screen. The joysticks are used for movement and aiming the gun. The controls are simple, as it should for a game that focuses on accuracy and reflexes. The fundamental gameplay style does not change, so the moves introduced are all that’s needed to successfully complete all of the sections.

The character can move in between platforms, jump, and shoot simultaneously which makes for exciting gameplay, as it truly can keep the body up, especially when low health against a powerful enemy requires great focus.

The character generally requires constant movement, as the wave of bullets means that players can’t stand in one spot. On top of that, guns can have different mechanics, from bouncing projectiles that can limit mobility instead of focusing on getting the proper velocity. Other times, players can get lucky with weapons such as the laser beam ray gun that obliterates enemies quickly. The gun randomizes every 30 seconds or so, which means that strategies against enemies change constantly. There are over 50 guns in the game with different mechanics and abilities.

Most of the time, guns are also very bad. For instance, a gun may shoot a small object at a snail’s pace, or a plant-based gun only shoots about projectiles after the seed is shot on the ground. These types of guns can ruin certain sessions, especially against hard enemies. With including the starting over concept after every game, players can have difficulty in progression over time.

What blunders the gameplay is the difficulty of aiming and the fast movement. Doing both is too difficult. When it’s needed to aim the gun in multiple directions, on top of dodging and looking for other enemies it can be very disorienting, regardless of how much practice is invested.

This game takes the idea of progression very lightly, which means that players can get stuck rather quickly, and that can be permanent. There is a lot to go through section-wise, with increased difficulty as the game progresses. Any area that gets messed up, and it’s back to the beginning. It’s the intentional inclusion of starting players over from death. Throughout the course of the game, the vast majority of players may not be able to beat the game within a reasonable 10-15 hour window, and it can get stale before players even get through the majority with one of the 4 characters. The sections do not change vastly enough to make each experience different for each playthrough, beyond the change in bosses. Unlike mobile phone games that change up the courses and enemies randomly, it’s all the same beyond changes in weapons and the 4 characters with minor gameplay differences.

To make matters worse, each game is based on luck, as the 50+ weapons are randomized for each gameplay. You may end up with a dud gun that shoots on, with an enemy that moves too quickly for that one large bullet to actually accurately hit the enemy. The stores in-between the game help with potentially getting better guns or having more health, but this unavoidable barrier always gives the chance to players needing to start all over.

The music, like the gameplay, is reminiscent of arcade-style games of the 1980s and 1990s. It’s the same style of music that’ll be heard again and again as sections, bosses, and stores are repeated multiple times.

The music is different enough that it doesn’t get through the first few hours, but it gets repetitive far too quickly. A music mixer could’ve helped with getting through the same sections, as by the 50th attempt, the same music for each section hinders any enjoyability. It then makes it more desirable to go to the settings and turn off the music, which is unfortunate.

The game is a 16-bit style game, with the standard pixelated looks of characters for a retro-style world. This aesthetic suits the game, as the action platformer genre is very popularized by arcade machines with the same style. The graphics bring a sense of nostalgia, bringing arcade players right back home to the arcade machines and ridiculous difficulty.

Exit the Gungeon is for hardcore players who believe they can have the patience and the learning ability to go through the game sections at a time. Any casual player will stop playing far before any real progress can be made due to the clunky controls, luck based system, and sheer difficulty from beginning to end. Starting over from the beginning from messing up any section just makes it a deal-breaker for the majority of players to invest time in the game, even though gameplay can be exciting and learning moves can be easy.