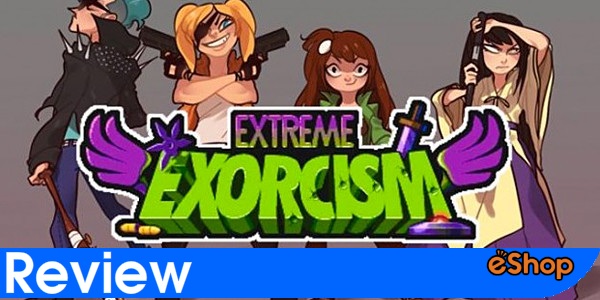 Earlier this year in my review of Runbow I emphasized the fact that Nintendo was pushing for the Indie scene on their consoles. After what I consider to be the success of Runbow at its launch, it pleased me to no end that this attracted another 3rd party to have their game run on Nintendo hardware.

For more than one reason, Extreme Exorcism looked just at home with Nintendo; its retro 8-bit style coupled with its enjoyable music made me feel as if it was a legitimate Nintendo IP. The gameplay is very simple, pretty much run and gun against ghosts and possessed equipment in a platforming area closed off within the screen. Now, there is something offered which is rather unique to this game, which is its mechanics for determining enemy spawns. Much like time trial challenges in Mario games (e.g. in Mario Kart) after each round you face off against a ghost which mimics your actions from the previous round; so in essence this is more of a memory game infused with your generic platformer. Shooting ghosts up in a background of a haunted house. Nice. 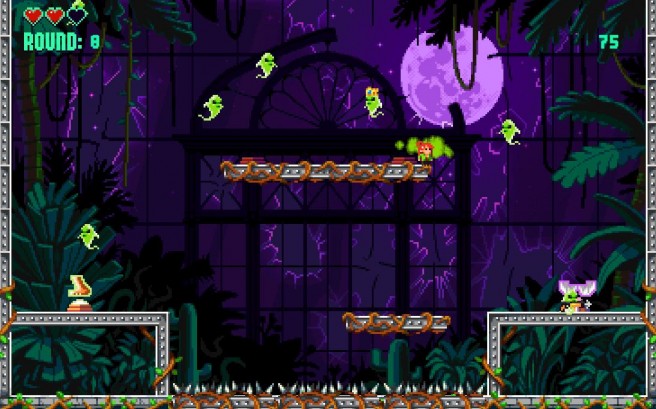 Now there’s a reason why I have been a bit lackluster with my tone thus far, because with regards to the actual game itself, the novelty fell off far faster than I was hoping. Progression into the next rounds didn’t require much skill or had cheap pay-off points to do so. At first it was a bit challenging or so, but after the initial 10 minute period of playing the games difficulty curve dipped lower than a sine curve at 3π/2, not to say that it is bad, but it became brain-dead easy. Arcade mode tried its best to get me hooked, but I was more appreciative of the aesthetics and music than I was with playing the game. Pretty much everything from the overpowered weapons to the overall feeling I gained from playing it was good, but to be blunt with the guys at Golden Ruby Games, it wore off too soon.

Besides Arcade mode there was also offered a Deathmatch mode to play with a friend and even a Challenge mode, but they didn’t really add to the experience of the game. Besides that, chances are you may already have Smash on your Wii U, so you’d more than likely play that over this ‘PvP’ mode, and Challenge mode was perhaps just as easy, its place in here felt rather forced.

The last complaint I have is that ZERO effort was placed into extra Gamepad functionality. You can’t use the Gamepad for anything besides its buttons which was a legitimately HUGE turn off from me. It made me feel as if there was no real reason to get this game out on the Wii U besides to push an extra dollar, as literally no effort was made to take advantage of Wii U’s unique features.

Speaking solely from personal preference now, I felt that this game should have had handheld ports. It looks so much at home with a 3DS and Vita rather than home consoles or PC. Even on iOS or Android would’ve been a lot better, the game just felt really awkward on my television screen and monitor. 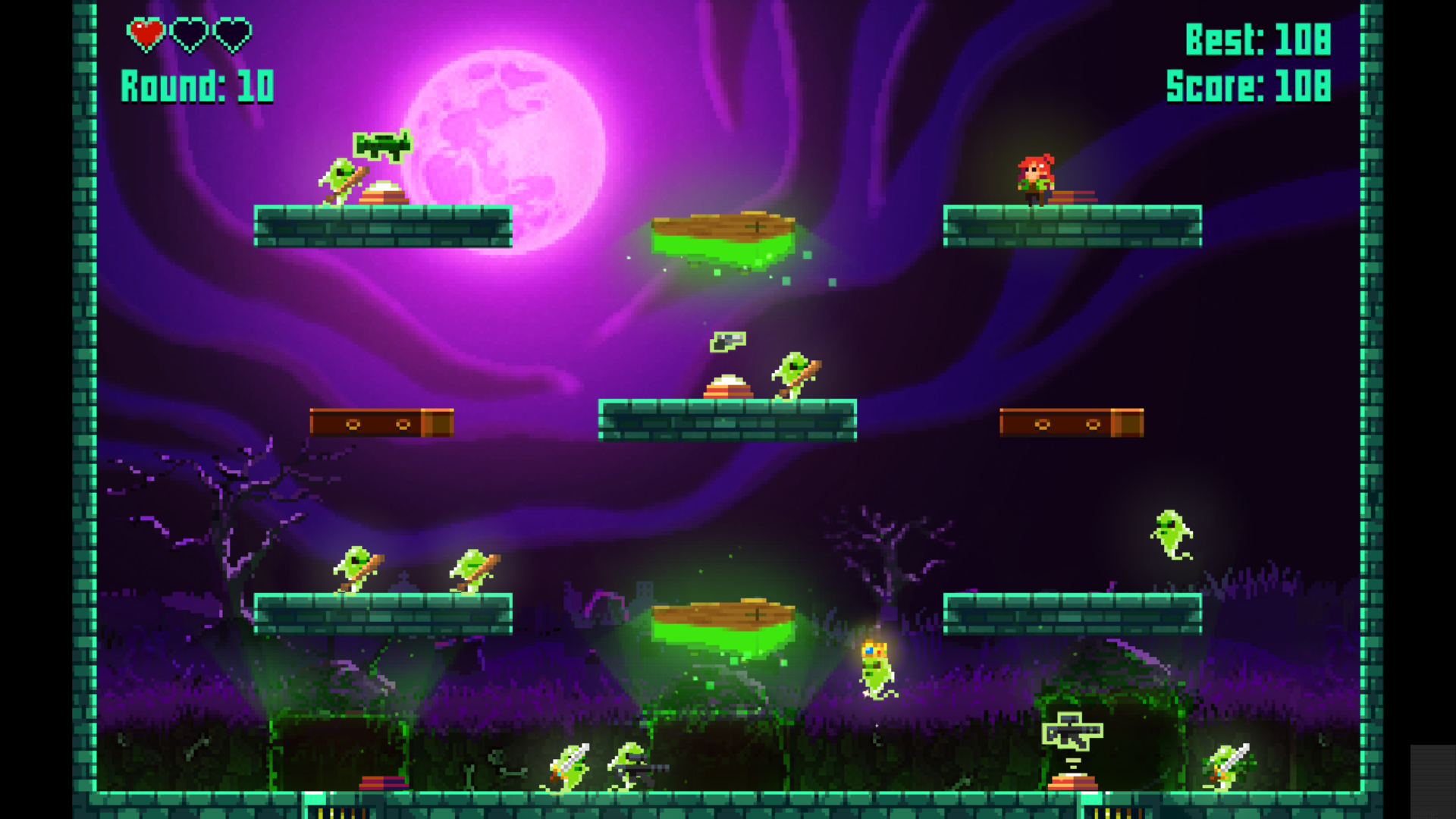 To give a small conclusion on things, I have no feelings towards this game. Its good designs, music and potential were equally weighed by its lackluster gameplay and general feeling of something lacking. If the guys at GRG take time and read this, I’d like to give some small advice; you should have made this a game for handheld devices and/or mobile with online multiplayer. You would have made tonnes and this game feels extremely on point with the mobile audience. But on a console ? I can’t say I’d recommend a friend to get this on the Wii U at least, his $13 would be wiser spent elsewhere.

My verdict? Okay game – wrong platform. On a handheld I would’ve given this double the score.

Caribbean gamer, sports fan and lover of all things Mathematical.