Raise your sword and shield high while charging into enemies or shoot to the stars with your bow and arrows. If you thought Fantasy Life was just another combat-only game, you have been sadly mistaken. Players have the ability to choose from multiple lives which give them access to different equipment such as weapons, armor, etc. If you’re not in the mood to bash monsters into the ground or capture bandits, you can always sit down, relax and sew, put your hammer to the test and craft gear or even take a shot at decorating your house.

Although the story wouldn’t pull you in, the gameplay most definitely will not fail to impress. There are some parts of the storyline that may give you a chuckle or get you pumped up, however, you may grow tired of the reading and attempting to complete all of the life tutorials. Thankfully, it is possible to skip said tutorials and begin a new life straight away, even though it isn’t recommended since you may want to experience everything you paid for. 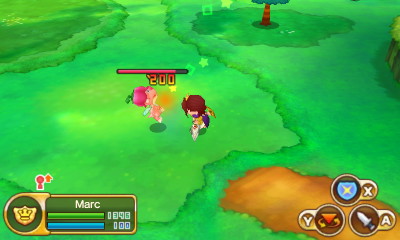 Combat gameplay as a Paladin using a sword and a shield.

The game has live action combat which you do not see in many 3DS games. Each combat life has their own list of special skills which you gain access to the higher you rank up your life. Mastering the special skills for certain lives are not a simple task as some require you to get the button mashing right. Practice makes perfect, of course.

Some enemies do a great deal of damage to your health while your blows sometimes do not make a visible scratch, but as you upgrade your gear, you will notice that you’re taking less damage and dealing more damage to the enemy. The gameplay can be considered as easy with tough bosses (silver and gold crown bosses) and some strong monsters. The monsters may appear really strong at a certain point early in the game, however, as you progress further, you will become dominant. That is the type of game Fantasy Life is for its combat portion.

One disappointing thing about the game is the requirement of talking to certain non-playable characters over and over again in a row just to get challenges that you have missed when ranking up your lives. Some vital information is also hidden away because of this such as the ability to use additional materiel to craft higher quality gear which is a bit depressing if you stopped playing and never learned how to accomplish the task.

There are several glitches present in the game and can be unnoticed by many even if you’ve been playing each day. The good news is, they do not affect the game in a negative way : 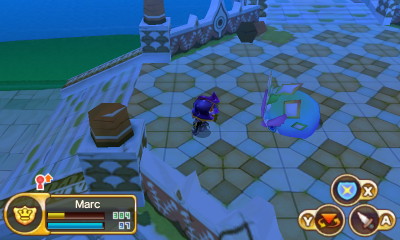 There are glitches, however, they are fun rather than bad.

Some people even found said glitches interesting and loved them rather than dislike them. Even though glitches aren’t really a good sign, if this affects your judgement of picking up the game in a negative way and you liked everything else about it, you’re going to miss out on a lot of fun. Everyone from 3DS Pedia who experienced glitches found them interesting and/or fun. View more Fantasy Life glitches.

The graphics are nothing short of fantastic for a 3DS game. The 3D also works well with the game, especially when objects are falling such as snow or pieces of wood from trees.

Fantasy Life is relaxing. Some of the things players can do 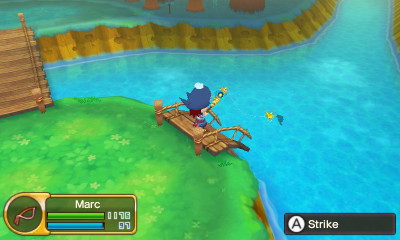 When you’re not fighting the “good fight”, you might find yourself doing other various activities such as fishing, crafting items or tackling quests given to you by NPCs (non-playable characters) in the game. There aren’t that many things to do other than completing quests and exploring the vast world, however, it’s sufficient for a game of its kind and will provide you with hours of gameplay. Completing various activities in the game gives you more Bliss which can be used to unlock more content to make you enjoy the game even further.

The tunes that you will listen to were perfectly blended in with the gameplay. You may have a tough time getting irritated at the game’s soundtrack.

Multiplayer, DLC and Replay Value – The good, the bad and the ugly

While DLC is a great addition to the game, there are some downsides to it – the biggest being players who purchase the additional content are unable to play with players who have not bought it. The DLC also heightens replay value a bit because of the large amount of content it offers. Such a thing only lasts for a while because after obtaining the highest rank in the game as well as powerful gear, the replay value becomes next to nonexistent due to the lack of endgame trials. The ability to increase the difficulty of bosses and minions would have been a great improvement to help out in this department if additional trials is not an option.

Those without the DLC may find themselves having nothing to do except for Ancient Ruin runs, and maxing out their life ranks and level. 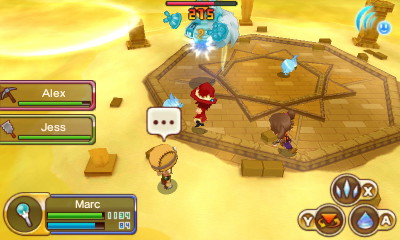 Fantasy Life’s multiplayer supports up to 3 players in a world at a time.

You do not need the fastest Internet connection to play with friends, however, if your Wi-Fi is unstable during a multiplayer session with friends, you may experience some lag making it almost impossible to damage enemies in the game.

The keyboard on the other hand is terrible. A QWERTY keyboard would have been a major improvement to the game since the current one delays the average Joe’s typing speed. It’s not impossible to use, but it is annoying. 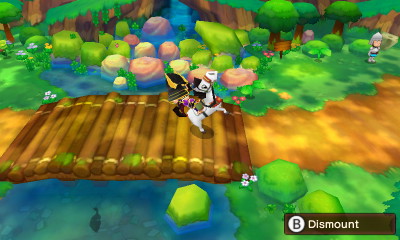 Yes, riding a horse is possible in Fantasy Life.

If you’re looking for a live action role-playing game for the Nintendo 3DS, Fantasy Life is definitely a game that you should consider getting. After obtaining overpowered gear and defeating every enemy or crafting every item in the game, you may find yourself playing it less although you’re going to have the time of your life while playing it. The story isn’t very interesting, however, the gameplay alone does it justice and can possibly become addictive.