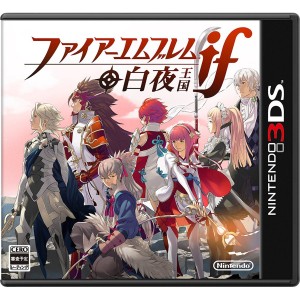 It’s just a few months away from the Japanese release of Fire Emblem: If , and according to Game Watch Impress, Japan will be getting a Faceplate pack, that will release alongside the game in June.

The complete package will include the New Nintendo 3DS system, a 16 GB microSDHC card, as well as the Fire Emblem: If faceplates.

However, one thing to take note of is that the package will not include the game. The complete package will cost ¥ 18,500. The faceplates can also be purchased separately, for a price of ¥2,500