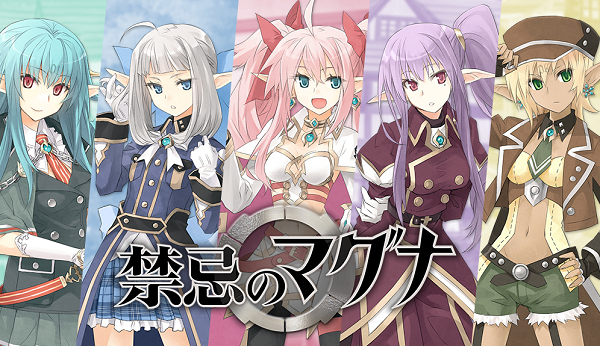 After Forbidden Magna was released in October 2014 in Japan, things went tragically quiet for Western gamers hoping to play it. XSEED had expressed interest in localizing the game before its release, but after October we might as well have listened to the tumbleweed in the hope that it would tell us Forbidden Magna would get localized.

Now, however, we have good news to report – ESRB has added a T rating for the game under the title ‘Lord of Magna: Maiden Heaven’, which very likely means that the game is getting localized. That title makes the game devilishly more appealing because it sounds closer to Iron Maiden, as it should, as everything in entertainment media should. I jest, but if you need further confirmation, XSEED have registered the domain for Lord of Magna as well – though at the time of writing, there’s no content on the Lord of Magna site.

Forbidden Magna is a simulation RPG which has been described as ‘Valkyria Chronicles meets Harvest Moon’, and any good JRPG fan would want this game upon reading just the first part of that description. XSEED have yet to officially confirm that they’re working on the game.

(Thanks to Dwi for giving me the good news. And to Siliconera for being the source.)