Imagine being stuck in a situation where death is only moments away. Now envision a giant monster (aka Jason) who is impossible to kill and gives in to his killer impulses. Under such adrenaline and fear, can you survive the night without being caught by him? Friday the 13th tests your wits under pressure to outsmart Jason and survive with 7 others who are in the same situation. Work together and be a hero, or betray others to selfishly save yourself. This is what Friday the 13th: The Game – Ultimate Slasher Edition is all about!

A bunch of rowdy teens decided to camp in a remote area in the woods. It sounds like a pleasant experience to enjoy the great nature and mess around, right? It would, that is with one major caveat… Jason Voorhees. With a new set of people for Jason to unleash his fury on, it’s the job of the teens (aka counselors) to survive and escape his wrath.

Friday the 13th is the epitome of the horror genre. Run or hide; it won’t matter. Jason will find you, and he will kill you without hesitation. You’ll need to use all the tools and inherent abilities at your disposable to make it through the night.

There are many characters to choose from, specifically 10 counselors with different perks and 6 variations of Jason. Counselors will have specific characteristics, each with their own strengths for surviving. Composure allows characters to keep their cool around the environment. This is important because Jason can sense characters who are unable to do so. 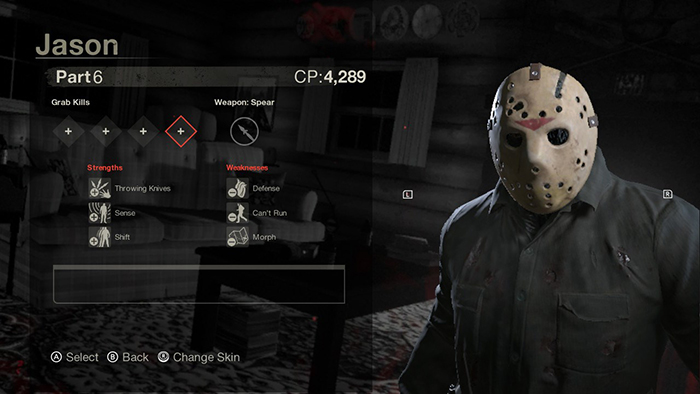 Luck is self-explanatory. At random intervals, you can potentially get a weapon that’s stronger than usual, making it easier to defend yourself against Jason. The ‘repair’ ability allows the player to easily fix broken items in an environment such as cars found in Camp Crystal Lake. Speed lets characters quickly move from place to place and escape from Jason in a much easier manner. Stamina allows sustained running, while strength can allow the character to fight Jason easier. Finally, stealth allows the character to avoid being detected. 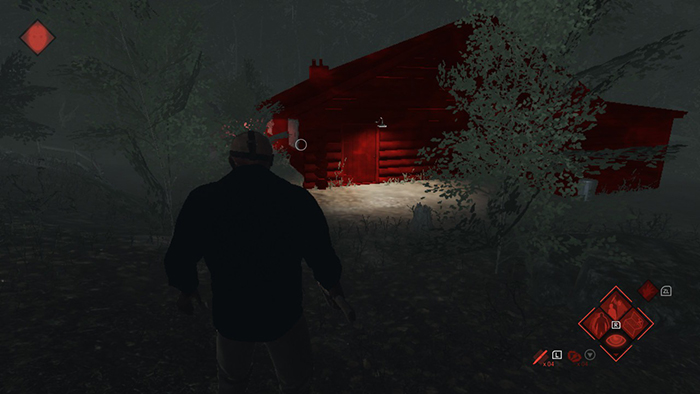 These traits are balanced between all the character choices in the game, making it very interesting and fun to find the right character to survive against Jason. Jason, on the other hand, has multiple skins and customization in regards to weapons and grab kills. They are all relatively balanced and equal, so it’s a matter of player preference in which type of kill or weapon seems fun to use.

The skins all have different strengths and weaknesses from stronger weapons to an inability to no running.

The game is a 1 vs 7 showdown between Jason and 7 counselors. It can be played locally with Jason or online with either the counselor or Jason. The goals are rather simple. For the counselors, they need to utilize the environment to either escape Jason or kill him once and for all. The characters all have the same basic abilities to hide from Jason, fix items, run, and fight. However, the success of these abilities depends entirely on the character you choose, and this allows players to change up the gameplay in a manner that makes each game unique.

When you play online, this will almost always be the default as there is only a 1 in 8 chance of actually getting Jason, unfortunately. Players can customize Jason and the Counselors, but other than that, the inability to choose if you want to play as Jason makes it rather unfortunate for those who prefer to play as him.

Offline mode is clearly the mode to avoid despite the guarantee of getting Jason. The AI isn’t very intelligent on all difficulty levels, making them easy to kill. For example, one Counselor ran straight into a wall and stopped moving on max difficulty, making it far too easy of a kill. Some counselors also disappear without reason or are stuck in a very weird area, making it impossible to win the game as Jason. The message is to not play offline mode.

There are also private matches to play with others. It’s pretty straightforward, you can host or join rooms making it easier to play with friends. 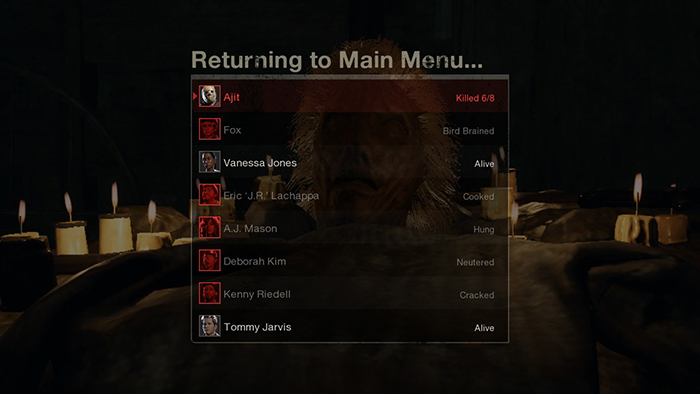 The variety of moves makes Jason quite a tough character to beat, but this is balanced in a few ways. Firstly, killing Jason is very hard, if not impossible. It requires very specific steps with a specific character in order to successfully kill him. The relative default slowness of Jason without his abilities allows characters to maneuver out of his reach fairly easily. There are also many weapons that can stun Jason temporarily or trap him. It requires strategic gameplay, but it comes with very satisfying results. There are also multiple ways to “win” against him, from hiding to utilizing cars or betraying other people by attacking them (leaving them vulnerable).

Whenever Jason is close, music will play indicating the relative proximity of Jason to the Counselor. If he is close, some dramatic music will play as the player tries to escape. This is indicative of the inherent horror gameplay found in the game. Music doesn’t come very often in the game, but when it does, it indicates the player is in danger of Jason. This accurately reflects the movies where the game originates from, as music isn’t a primary tool to instill fear in the audience. This allows for very balanced gameplay as Jason is very powerful, but Counselors can work in their own ways to survive.

Each of the 7 maps requires knowledge on the locations of weapons, cars, great hideout areas, and the spawn points of Jason. This is great for sustained gameplay, but when first playing these maps, the learning curve can be very difficult for those wanting to master the game quickly.

Generally, guides are available to maneuver each map and play the counselors in their intended manner, which is needed for those who want to learn the nit and grit of the game quickly.

The graphical experience of the Switch version is extremely poor. Characters are very muddy, the resolution of textures makes the game look more blurry than sharp, and glitches in the game make the game feel that there is a lack of polish. The developers have failed to fix any of the graphical infidelities of the game so far, indicating that the issues are permanent.

This is a general deal-breaker for the game, as its low fps and graphics are forgivable for the handheld mode of the game. But the big-screen experience is relatively bad, to the point where the TV is better off not being used. This can be a deal-breaker.

The Nintendo Switch can definitely handle a game such as this, as games like The Witcher 3 have been wonderfully optimized at stable frame rates and better graphics. This continued neglect by the developers should be noted if performance and frame rate is a concern.

Friday the 13th is a great game overall. The concept of escaping from a single powerful enemy is very fun and allows a lot of creativity with hours of fun. All the different abilities of the counselors and Jason make each game feel very different. The Switch edition includes almost all of the released DLC which makes the content of this game much larger than other versions.

With that said, the very small community on the Switch along with the graphical flaws of the game makes the great gameplay far less enjoyable. It’s been more than 3 months since this game has come out and there have been no improvements to fix these deal-breaking flaws. The lack of players makes it harder to find matches, and you generally are paired with the same people.