There are two locked doors in the the Cosmic Egg’s Fifth area of Shin Megami Tensei IV: Apocalypse. This guide shows you how to unlock them so you can continue exploring new areas of the Cosmic Egg map.

How to get passed the locked doors at Cosmic Egg’s Fifth Floor in SMT IV: Apocalypse

Getting passed the first door :

After passing through the final door of the Forth Passage area of the Cosmic Egg, you should arrive at the Fifth floor of the Cosmic Egg. On that floor, you may need to clear some obstacles that block your way and after, you can follow the red arrow in the screenshot below : 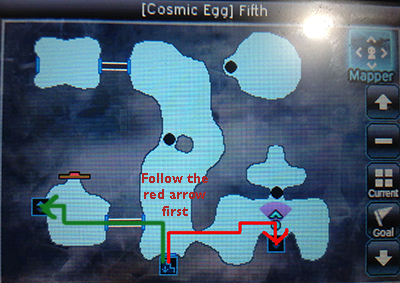 It should take you to another area of the Cosmic Egg’s Fifth Floor : 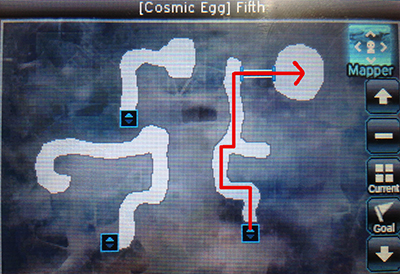 Follow the arrow and you should remove and obtain the Rahu Pillar. Once this has been removed, a locked door on the Cosmic Egg’s Fifth Floor should be opened so that you can progress further in the game.

Go back and follow the green arrow (this time) in the first screenshot to get to the next area.

Follow the red arrow in the screenshot below and you should be able to pass through now (it was one of the locked doors). 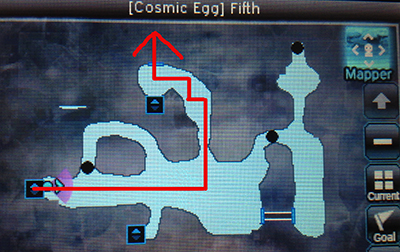 You should be able to remove the Ketu Pillar to open the next locked door in the Cosmic Egg’s Fifth Floor. Go left and clear the map.

You will most likely encounter one of those weird things that take you and transport you to another area of the map. It should transport you to the front of the next locked door. Pass through it (should be unlocked now) to move to the next area.