It was no mystery that Goodbye Galaxy Games was interested to a FPS game for the Nintendo Wii U after being asked on Twitter long time ago:

thinking about doing a kickstarter for a FPS WiiU game… hmm…

WiiU FPS game with a twist. 3DS version optional. Let’s vote; RT if you want this!

The developer teased this new project with a screenshot, confirming the development of the FPS for the Wii U eShop, as you can see below: 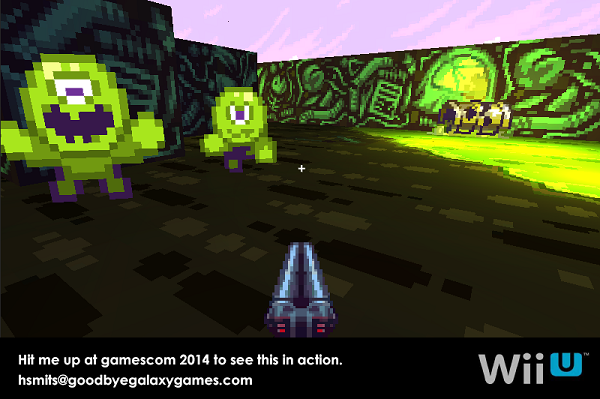