Gun Gun Pixies is a great departure from what most fans of Compile Heart are used to. Mostly being known for RPGs of the cute yet pervy variety but instead for this game dive into the third-person shooter genre instead.

Gun Gun Pixies’s story revolves around the 2 main heroines, Bee-tan and Kame-pon, and their quest to save their homeworld Pandemo from its eventual decline. These tiny little aliens are tasked with infiltrating a dorm of a girl’s high school and college on Earth to investigate their day to day lives and how they interact with another to see what their people lack socially. Armed with guns shooting Happy Bullets, their job is to make sure the giant girls live happy lives and to understand them better and eventually solving many mysteries plaguing the girls along the way. 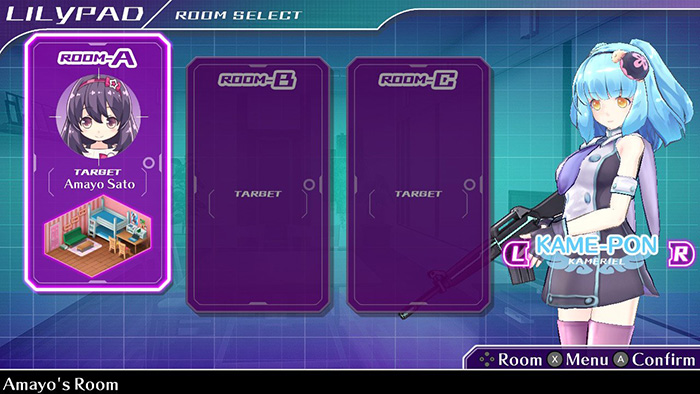 The game is a third-person shooter revolving around firing happy bullets at the girls in the dorm and making their lives better. You have to make sure you aren’t spotted or heard by the girls as they move around the room. As you play, you unlock large ammo belts and new versions of your guns. Each character has their own loadout of different weapons, for example, Bee prefers pistols and Kame with rifles that have different damage amounts, range, and accuracy. A shop is available with loads of cool things to pick up, larger ammo clips, weapon upgrades, and different panties to wear. 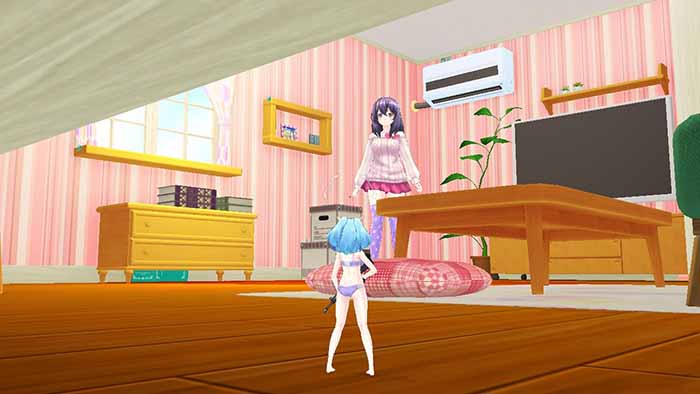 The missions revolve around 3 game modes – Search & Combat, Pacification and Bathing. A majority of the mission involves search and combat which revolves around searching the girls’ rooms, collecting intel, shooting the girls with happy bullets, and avoiding other enemies. Sniper points help conserve your ammo and also heals you if you take damage. Stealth is key when searching for intel, staying on your guard and hiding from the girl’s view. Whatever you need to do is detailed in the pause screen. At the end of a chapter, you enter ‘Pacification’ which is the boss of the chapter, where typically one of the girls has a major problem and you have to fix it by pumping them full of happy bullets to increase their endorphins to the maximum. After, you enter the Bathing mode. Bathing mode is the game’s bonus mode to get some extra cash for upgrades. Shoot the girls while bathing or jump on them to get as many coins as you can.

The game also borrows visual novel elements which include different dialogue which doesn’t affect the main story but does affect the ending a little bit and extra content post-game. But depending on your choices, different scenes can play out all leading to the same ending. 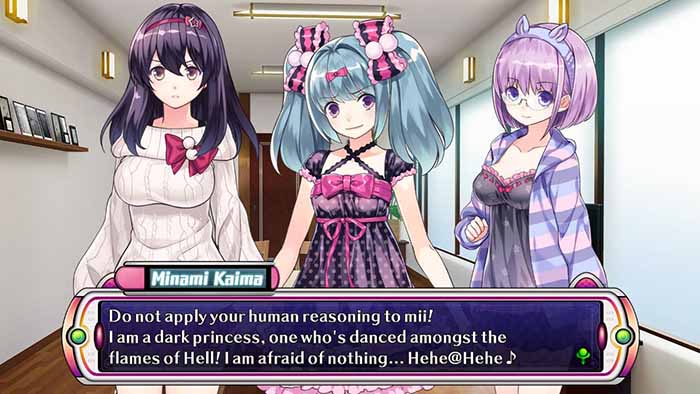 At times you may fight with the in-game camera. When going behind large objects like dressers and cabinets, the camera goes into a locked position and will stay in the position as you enter the area. It can lead to awkward viewing angles like running towards the camera which may lead you to run blindly into enemy fire. There might also be many times where you get hit by things you can’t see.

The game also is limited in environments that you can interact with. The game mainly takes place in 3 different bedrooms and the bathroom. Throughout the game, you may get tired of seeing the same places over and over again. 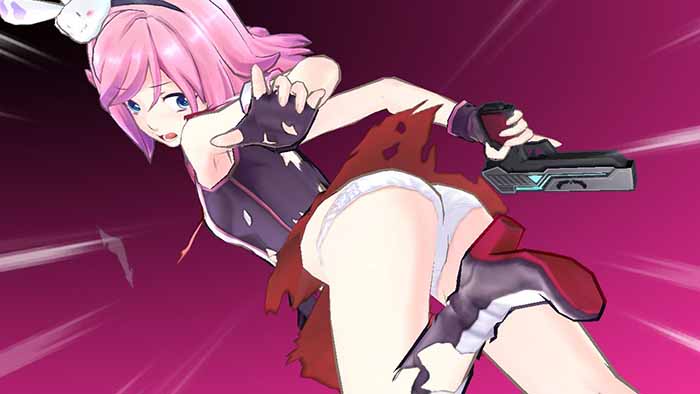 For all the lovers of fan service out there, this game is for you. Instead of a normal health bar, the game shows damage on your character with their clothing getting ripped off in different stages, fully clothed, ripped, underwear-only and nothing at all with nice clouds to cover up the last one. As you shoot the girls with the happy bullets they feel a rush of endorphins, which intern makes the girls feel “good”.

Players can replay any level they want in the free play mode and put the girls into different outfits of their choosing. The multiple options you can choose from will make any fan service fan happy. 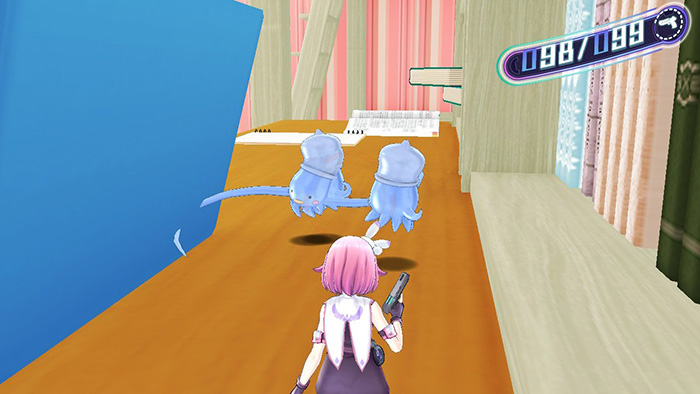 The different ending bonuses depending on what choices you make can make you curious to play through the game again a few times to unlock them all which can increase your replay time.

Despite the game’s flaws, Gun Gun Pixies can put a smile on your face with many cute and funny moments. The lack of environments makes you question the price of the game. If you enjoy fan service games, pick this game up on sale and avoid the full price tag. The game is only fun in short bursts.