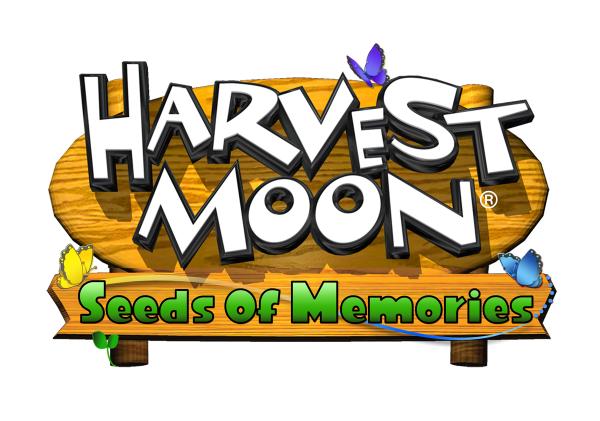 Though I haven’t played a Harvest Moon game since the one for the Gamecube (even though back then I was too young to appreciate the beauty of these games), I do know that the games have changed quite a lot since the series began. It used to be all about restoring a farm, and basically just living your life as a farmer. And now, with the newly announced Harvest Moon: Seeds of Memories, you can go back to doing just that. Natsume has said that Seeds of Memories will go back to the series’ roots. Your job will be to restore a farm by befriending villagers to earn the ‘Seeds of Memories’. You can befriend a villager by giving them their favorite item, catching a giant fish, or raising a cow.

Also returning to the Harvest Moon series are animals! Cows, sheep, and chickens will all make an appearance, as well as a tamable Bobcat (it will start as a wild animal, which you can then befriend and make your pet). This game will also have 5 bachelors and 5 bachelorettes which the player will be able to marry. Seeds of Memories is currently in development for PC, Wii U, iOS, and Android devices, and will be released this winter. No screenshots or trailers just yet, but Natsume has said they will give us a look at E3 later this month.