The HD version of the game is said to have enhanced visuals for the player to have a better experience during gameplay. New features have also been implemented according to the Nintendo Direct, however, more information about that will be revealed at a later date.

In addition, a new amiibo has been revealed, the Wolf Link amiibo. Some data from this amiibo can also be carried over to the upcoming Zelda U game as well. The HD remake will also support the Toon Link, Zelda, Link, Sheik and Ganondorf amiibo. 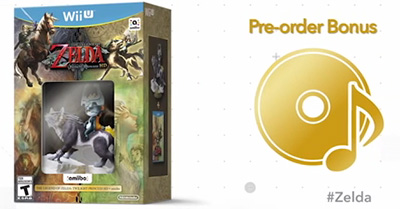 The Legend of Zelda: Twilight Princess HD will be bundled with the Wolf Link amiibo and is available to pre-order right away. Those who pre-order will get a pre-order bonus as well – the game’s official soundtrack. The bundle will be available on March 4th, 2016.