Arahabaki is a level 75 demon of the Kunitsu race who appears in the Tennozu Shelter in Shin Megami Tensei IV: Apocalypse. When you’re given the ‘Secure an Evac Point’ quest, you will be required to slay him. This guide shows you his weaknesses and a method to defeat him. 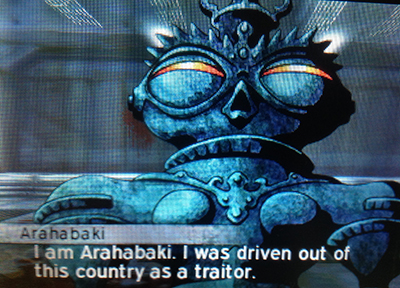 How To Beat Arahabaki in Shin Megami Tensei 4: Apocalypse

Arahabaki has the following weaknesses and strengths :

He uses the following skills during battle :

He is famous for covering his weaknesses with Makarakarn, a skill that repels magic attacks for the turn it was used. Once activated (and he commonly uses it each turn since he has two moves per turn), you will only be able to hit him with almighty attacks.

The best partner to face Arahabaki is Hallelujah after his transformation. 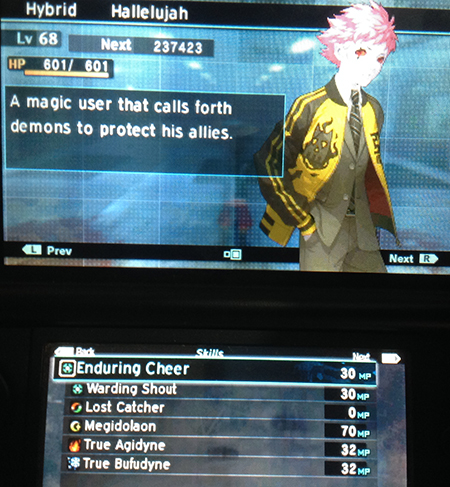 He possesses the heavy almighty skill, Megidolaon, as well as True Agidyne and True Bufudyne which Arahabaki is weak against. If he happens to use his magic repelling skill, Hallelujah will take advantage of Megidolaon.

Energy drain is a common almighty skill you and your demons should have at this point.

Preventing him from using magic skills

Another strategy to defeat him is by using a skill that mutes his magic skills. Makajamaon is the best skill for the job and paired up with a demon that has a good skill affinity of it will make sure the job gets done.

Cernunnos is a level 75 demon who I fused it with for the +6 affinity : 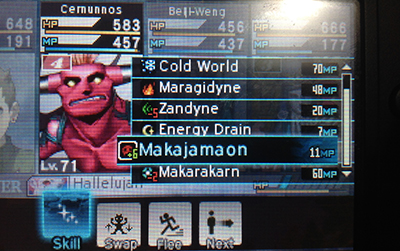 There are a lot of demons that can learn similar skills or the same, especially around that level.

Without Arahabaki’s skill to repel magic attacks, he is open for you to exploit all of his weaknesses. Once that happens, he can be defeated quiet easily as long as you keep using elemental skills (such as fire, electric, force and/or ice).