Grendel might be one of the toughest enemies who you might fight in Shin Megami Tensei IV. The second time I entered battle with him, I was at level 36, and he still kicked my butt. It took a long battle and a lot of demon’s deaths to finish him off. Before, I used a one hit KO skill. Yeah, I was that desperate, however, at that time there was no possible way of defeating him and I refused to lose a large chunk of my Macca with each defeat. 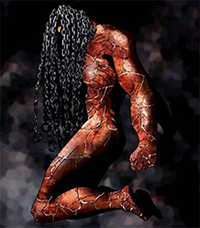 ( Photo of what Grendel looks like in Shin Megami Tensei IV )

How to find Grendel in Shin Megami Tensei IV

Grendel is located at the Jujo Base which is north of Ikebukuro. See the map below : 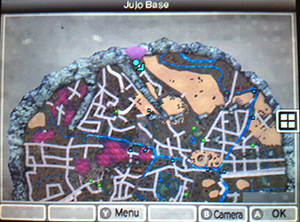 ( Screenshot: This map shows you where Grendel is located in Shin Megami Tensei IV )

How To Beat Grendel in Shin Megami Tensei IV

What is Grendel weak against in the game?

You can try your luck with some one hit KO skills.

Decrease Grendel’s stats, increase your party’s stats, and finish him off

Another way to defeat Grendel is by using skills that decreases Grendel’s stats, while using other skills to increase your party’s stats. For example, War Cry decreased both Grendel’s attack and defense, which was pretty useful. However, Grendel has the ability to increase his own defense, so it’s recommended not to target this one stat alone.

Constantly increasing your party’s evade rate is also a good idea. If Grendel’s first attack doesn’t get in contact with one of your demons or the main character, he loses his second chance of attacking. That goes a long way because Grendel’s attacks are very dangerous, especially when his HP is getting low. When his HP is getting low, he uses his more powerful skills that has the possibility of doing 800 points of damage to HP.

When I defeated him, I had demons that had the ability to summon more demons from my party, to the battlefield. It was easy to replace a fallen demon. This is useful because Grendel took out over 6 demons from my party. I started the battle with demons that had a large amount of HP. They also knew moves to decrease Grendel’s stats. Having a skill stone is also useful because your protagonist’s MP will get low.