One of the toughest optional battles you may face in Fire Emblem Engage is The Lady of the Plains paralogue. This is where you must fight Lyn to increase her bond level cap. The stage takes place on the Plains of Swift Winds map. I fought her on the Hard difficulty with PermaDeath enabled.

How To Beat The Lady of the Plains Paralogue

There are two methods I can advise you to beat this paralogue. Unfortunately, the chances of success greatly increase if you pause the optional stages and continue clearing story chapters. This way, you collect more emblem rings to use for the paralogue.

The reason that makes The Lady of the Plains paralogue so hard is the reinforcements summoned from the camps. If you defeat one of the camp leaders, reinforcements will eventually be summoned out of each campsite that has a camp leader. Not to mention that Lyn can attack from a long distance.

Head Straight To Lyn and Defeat Her

I found heading straight to Lyn while ignoring the camp leaders is the best way to clear this stage. Fight off all of the enemies that get in your way and let a decent number of units advance to Lyn. I ignored all of the camp leaders by staying far from their range of attack. Only the mages inflicted my teammates with status ailments, but it wasn’t a big deal. I left some units northeast of the map to entertain some bow horsemen (I didn’t defeat them in case it triggered Lyn’s movement and summoned reinforcements). 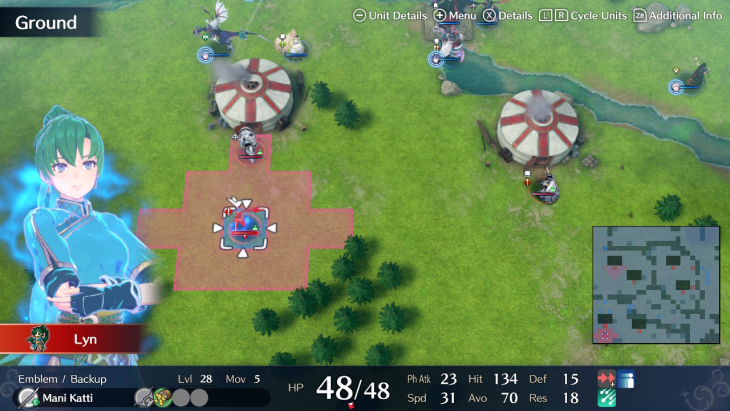 Surround her and strike her down with the emblem attacks you possess. She’s weak but the triggered reinforcements is what makes up for it. If you don’t trigger the reinforcements and do as I recommended, defeating Lyn and this stage should be a piece of cake. It’s easy to break her but you may not even have to because her attacks shouldn’t do much damage. I would stay clear of advancing flying units toward her if you’re unable to defeat her in a single turn.

Take It Slow And Defeat All Enemies

Another tougher way is to take it slow and defeat the majority of camp leaders before the game can trigger their reinforcements. Send groups of units near the camp leaders and defeat as many of them in a single turn. This must be done while defeating the stray enemies that head your way. 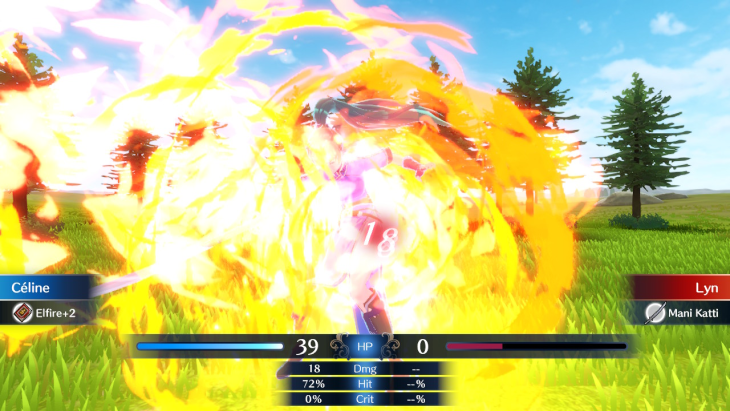 The next turn, Lyn might start moving and summon reinforcements. I can’t remember if reinforcements come after or on the same turn she begins to move. If you’re able to clear all of the top camps, the bottom you didn’t will have reinforcements and Lyn heading your way. Try to retreat and make them come to you so that you can get sufficient damage in without anyone dying.