Even though grinding isn’t necessary to beat Devil Survivor 2 Record Breaker (first or second arc), you may still want to level up your protagonist to gain access to more powerful demons from the fusion app such as Lucifer. This tutorial shows you some handy leveling up tips.

Switch to the Blessed difficulty when grinding

Bless does not only increase damage to deal and decrease damage you take. It also increases the EXP you gain from defeating demons and/or demon tamers in battle. When you’re grinding to level up your character(s) and demons, it can be useful if you do not wish for a challenge.

Defeat the demon in the middle last

The more demons you defeat in battle, the more EXP you and your demons gain. By eliminating the demon/demon-tamer in the middle before its minions, you automatically end the battle, therefore defeating the side-minions first will gain you the most EXP from the battle.

Defeat as many ‘demons / demon tamers’ as possible during the story

‘Demons / Demon tamers’ normally give you a lot more EXP when compared to free battles. If you know your team can take on and defeat as many demons as possible during a story mission, take advantage of that opportunity. Switching to Bless lowers the difficulty but is not recommended for players who want to experience the maximum difficulty of the game (which isn’t that hard if you compare it to Shin Megami Tensei 4).

‘Let the Demons Grow’ DLC and the Shiva Method

The ‘Let the Demons Grow’ DLC is now available for 99 cents via eShop which gives you access to an additional battle to level up your characters and demons. It will be useful when your teams are capable of handling themselves in battle.

Keep fighting and you’ll notice a significant jump in level.

To access it, press the X button to bring up the main menu and select Mail. Use the D-pad to switch to the Download folder and select “Let the Demon Grow”. For the option to appear, you must have purchased the DLC from the eShop. Open the mail and press A to begin the battle.

Once the protagonist reaches a certain level, Shiva and Loki will join the battle.

Add a demon with the racial skill that grants you a 4 range attack (such as chaos breath) to the team with your protagonist as well as your most powerful demon (better if it has an almighty attack or a force attack that hits all foes).

Shiva randomly appears in two locations during the DLC battle as shown below :

If he appears to the left, move your character to the furthest you can then take advantage of the chaos breath skill to attack him from a distance. After you defeat him and his minions, press the START button and select ‘Retreat’. 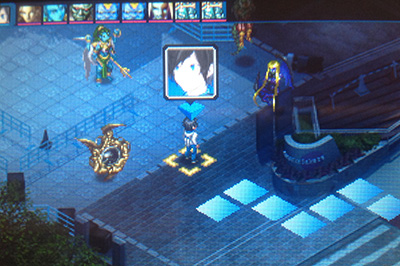 If you have a demon with the Matchless or Double Up skill (Kishin race), you can attack both Shiva and Loki. Follow the same instructions above if he appears to the top-right. 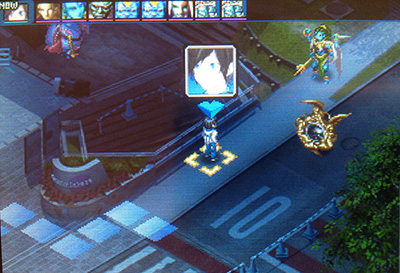 Keep defeating Shiva, retreating and re-battling him and you should quickly jump in levels.

You also have the option of only placing your protagonist to battle if you’re certain he is capable of defeating hordes after hordes of demons.

Once you’ve started noticing that this method is ineffective (as in you’re gaining a small amount of EXP), you should defeat all demons three times in a row during the mission. The third wave of demons have higher levels and give much more EXP.