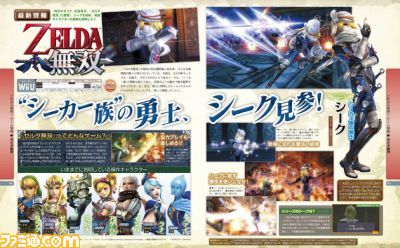 There is a good quantity of new details about the upcoming game Hyrule Warriors, where most of them has been confirmed by Famitsu.

Three new characters has been added to the roster: Sheik, Darunia and Princess Ruto, all o f them from The Legend of Zelda: Ocarina of Time. The magazine also revealed new weapons for Lana and Impa and also little news about collecting gold Skullattas.

For the other side, Koei Tecmo revealed a new trailer for the game showing another weapon for Link: the Power Glove. You can see it below: