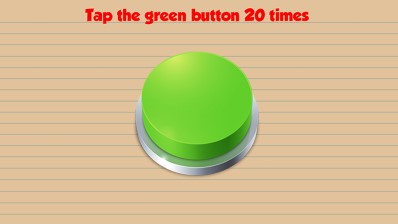 GAMEPLAY:
A lot of people will think that this is an actual test, however, it’s actually a puzzle one. IQ Test offers twenty small challenges that must be completed, with the intention to prove how unsmart you are, and while it’s quite short, some of them are very tricky offering a good challenge.

Meanwhile some can really trick you, a few of them do not depending on how smart you are but instead it trolls you making the classic try and fail experience. Another few challenges actually prove your patience instead, where you will need to wait until you’re able to do the required action. I actually would like to talk about the challenges, but I would be spoiling the solution for some of them.

Now, if you fail any of the challenges, you will have to start from the beginning, making somehow a repetitive and frustrating experience. Meanwhile this is quite the idea of the game, the save feature is someone that you will wish for a lot of times. 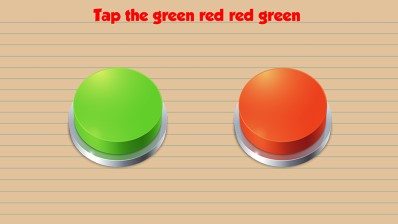 The replay value present in the game is extremely lacking depending of the user, this is because it’s is a solo game aimed at a multiplayer public. This means it will only have one use after finishing it if you’re the only one using the Wii U, but if you can invite friends, there will be some replay value until they learn all the solutions. About the duration, it can depend on the player. If you know all the solutions, it would be less than five minutes, but this isn’t the case for the first time, where it can take between 30 minutes to 3 hours, again, depending of the player.

Most of the game is controlled with the tactile screen, where it works fine, and other will use buttons instead. 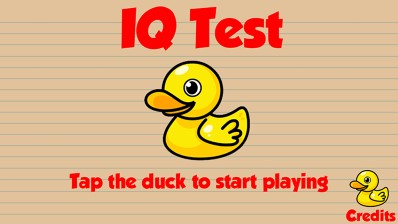 GRAPHICS AND SOUND:
IQ Test presents a low quantity of images having a good quality in general; some of which are free resources from the Internet. Meanwhile the variety isn’t large, it fits for the game. However, the game lacks animations which something I didn’t like at all.

For the soundtrack part, it presents one song being catchy but a little repetitive and a little quantity of sound effects with a good quality, but the variation is pretty lacking.

PRESENTATION:
The presentation feature is quite poor. Depending on the user, the content and replay value is lacking, the interface is really simple (still user friendly) and some elements are missing, like a save feature with a best time board (considering the replay value the game is aiming), a little manual or a better variation of material.

CONCLUSION:
Can be an interesting option for those with friends, but I would recommend a sale for those cases. Meanwhile the idea is good, the execution of the game is poor in some aspects, where it isn’t worth the price tag. You can find better experiences in the eShop for the same price.