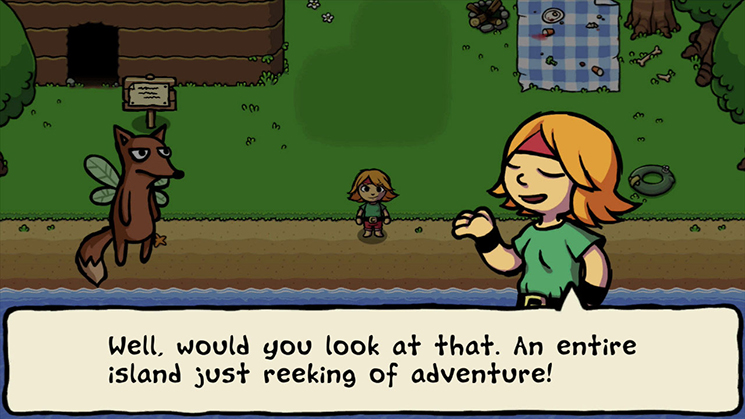 STORY:
The story is very simple but hilarious at the same time. You start the game with the hero Ittle Dew and her fairy-fox companion Tippsie in a mysterious island after their raft crashed.

After exploring for a while, they discover a store managed by Itan Carver who offers them a deal: Ittle needs to find a special artifact in a nearby castle if she wants a new raft to escape from the island.

GAMEPLAY:
The formula of the game is quite similar to a 2D Zelda game. This is because it has two colossal  aspects which are a combat system and puzzle solving.

The puzzle solving component is simply genius as it presents an excellent level and design created for a top-class puzzle experience. Some of them are extremely hard to resolve which offers a great challenge with the time. 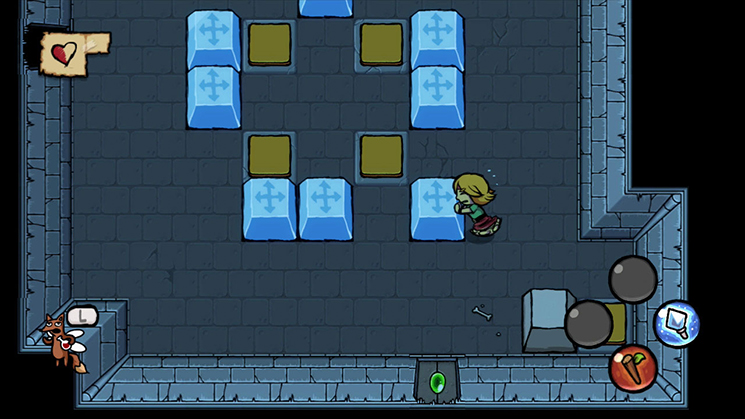 The items of the game will also offer different ways to complete the puzzles. You will start with a stick, and you will use it to attack until you get the Fire Sword. It (the stick when it’s on fire) can be used to solve puzzles, An example of this is to make a bomb explode. The other objects are the Portal Wand, an object that will allow you to teleport objects, enemies and even yourself and finally, the Ice Wand which allows one to extinguish fire, freeze blocks, walls and also enemies.

The ironic thing is that you won’t buy them with the money. After you’ve received the money and paid it to Itan, you will visit a dungeon with the object. There are various tutorials for the items you’ve bought.

The other part is the combat gameplay which is simple yet a bit hard to master. However, it can be a lot better. For instance, you need to be in close proximity to the enemy to hit him which gives you a big chance to be attacked back as well. However, it won’t break your game experience as if you die in a room, it will just reset without any penalties. The game is mostly focused on puzzles, but a little better range would be excellent. 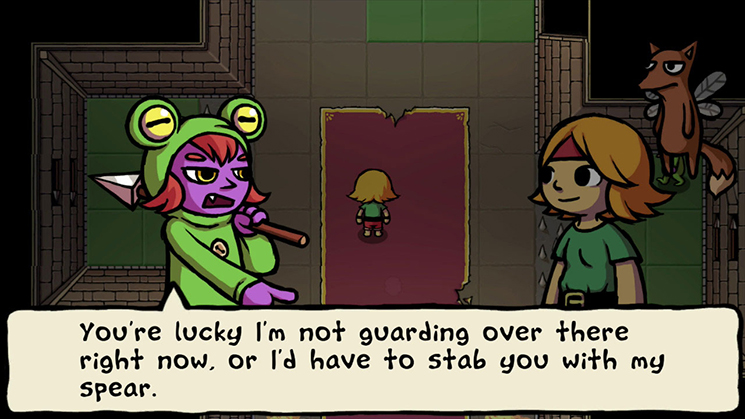 With respect to the screens division, the main screen shows the game and the second screen will be dedicated to the map. Unfortunately, there is a little problem you will read about in the presentation section of the review.

Ultimately, the game offers two interesting options due to its simplicity and usefulness at the same time. The first one is a counter that will show in the bottom part of the main screen which makes it an excellent tool for speed-runners, and the second one is a retry option that allows you to restart a dungeon room without penalties which is excellent for those times when you get stuck or just made a mistake.

You can finish the game in five to eight hours and the replay value is quite interesting too. You can find different ways to finish the game where you’re able to skip certain parts of the game which is excellent for speed-runners. They’re also 26 hidden cards, most of them in hidden dungeons, that will allows you all the level design the game has to offer.

GRAPHICS AND SOUND:
The graphics, even when it’s a 2D game ae simply beautiful. Using a simple but great art style with vibrant colors, dynamic outlines typical of animations and excellent environments allow the game to shine. In general, it’s charming and memorable.

About the soundtrack, the better way to describe it is “great and nostalgic”. The sounds effects of the game aren’t an exception as it presents a great quality in every aspect. 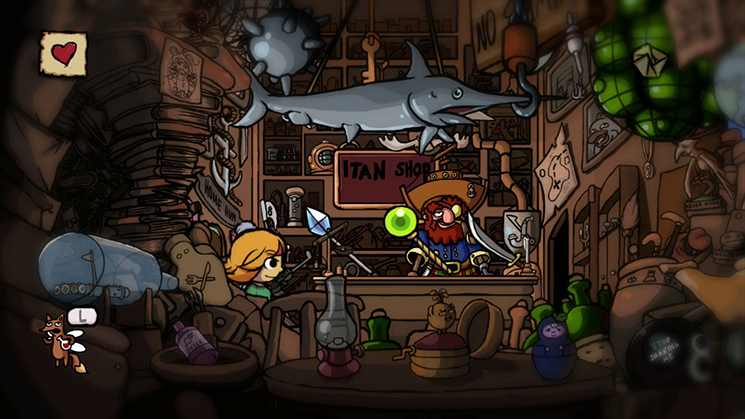 PRESENTATION:
The presentation of the game is wonderful but there are a few flaws that can affect the player’s experience.

From the good side, the game includes a simple but great made manual and tutorial caves that help you to learn how to play. You can also use a timer meanwhile you play being excellent for speed-runner which is an excellent replay value… Well, it would be almost perfect without its flaws.

When you change the screen to the Gamepad (The game will be in the control’s screen and the map in the TV), the audio will remain on the TV. This means you can play without the TV, but with the price of not being able to listen to the game.

Also the game’s first load when booted is very long and almost every-time the game loads a dungeon or it’s saving the progress, the game will freeze for a little while (it actually feels like lag).  I suppose the developers would be able to fix this with an update in the future.

CONCLUSION:
Ittle Dew is a great game and a must purchase if you don’t have it for PC or mobiles. The game offers a unique experience, a lot of humor, brilliant level and puzzle designs (also repetitive). If it wasn’t for the game’s few minor flaws, I can honestly say this is one of the best eShop games for the Wii U.