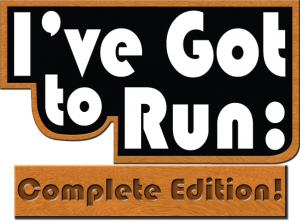 The developer 4 Corner Games announced in their official Twitter account new details about their upcoming game I’ve Got to Run: Complete Edition!, being released for the Nintendo 3DS eShop. First, it was confirmed the game is finished and already sent to Nintendo of America for the lotcheck, as you can read below:

I've Got to Run: Complete Edition! is FINISHED, and is in submission to Nintendo of America. It will release in America and Europe this year

For the other side, two cross-over collaboration has been announced including Kubi from BitBoy!! Arcade and Armillo from Armillo:

Announcing Kubi from @BplusGames' Bit Boy!! ARCADE as a playable character in I've Got to Run: Complete Edition! pic.twitter.com/aZTwfTn1r8

Please welcome Armillo from @ArmilloGame to I've Got to Run: Complete Edition! He's my favorite character to play as. pic.twitter.com/LuG5KObsmg