More than twenty years ago, Kid Icarus was released for the NES and went unnoticed by many, overshadowed by the much more popular Metroid series. In 2012, after Pit’s growing popularity in Super Smash Bros. Brawl, Nintendo revived the Kid Icarus franchise by creating Uprising on the 3DS. Alongside the release, the NES original was added to the eshop as a “3D Classic”, a treatment that gave NES games more depth — literally.

As with typical NES fashion, Kid Icarus starts off with very little explanation whatsoever, dropping Pit in what seems to be a vaguely Ancient Grecian level. The artstyle is simple, but colorful, with each new area of the game featuring unique aesthetics. New to this re-release is the addition of  background artwork, adding to the 3D effect. The game’s visuals aren’t groundbreaking, but for such an old game, it has aged well. The music selection is about what you’d expect for an NES platformer, featuring a handful of catchy tunes that play throughout the entire game. 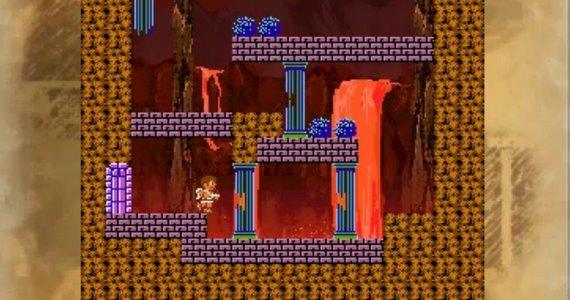 Here is where things get rather odd. Unlike most other platformers of its time that scrolled from left to right, Kid Icarus had more than just one type of level layout. Most commonly seen are the vertical scrolling levels, in which Pit must reach the top of a tower. Oddly enough, once a platform disappears from the screen, it is treated as nonexistent, causing many accidental deaths. After about three stages of this, the game abruptly switches to a dungeon style game in which a dungeon boss must be found and killed. The middle portion of the game returns to the traditional side scroller, and the last couple of levels switch up the gameplay altogether.

The 3D Classics version of this game offers a good amount of options, ranging from depth of the 3D effect or the button layout used to play. I found that the optimal way to play was to use A as the jump button, B as the shoot button, and Y as the third button, but the presence of so many options was a nice addition. That being said, the lack of any touch screen support whatsoever was odd, but it took nothing away from the experience.

It is also worth noting that, before starting the game, it is advisable to read through the digital manual included with the game, because Kid Icarus has a few surprisingly complex map mechanics and story details that aren’t really explained in game.

Despite being a short and fairly easy venture, Kid Icarus 3D Classics has managed to make a forgotten game accessible to gamers today. With a couple of adjustments and the addition of a high score table, Pit’s first journey should provide even those who have played the NES original with a reason to justify a purchase.