WAITING FOR THE MAIL SERVICE. 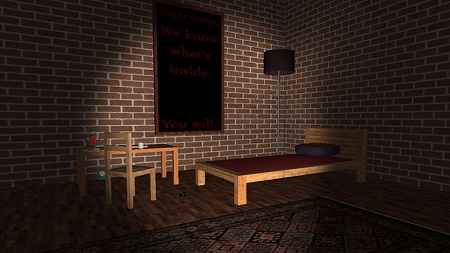 GAMEPLAY:
‘The Letter’ a first-person horror game and your mission is to find hidden clues and objects to progress in the game. The game isn’t easy. Its main feature is to make you explore and discover what to do and there are a few hints on what to do.

You can also find hidden letters, which are actually easy to find, that will allow you to know more about the story itself.

The Letter presents a good idea with a great potential, however, the execution is terrible, presenting a short and dull experience. During the first game, it can last for around one hour thanks to the exploring element, but after learning all the locations, finishing the game can take between five to ten minutes, lacking of replay value at the same time.

The controls work well. You move with the L stick, move the camera with the R stick, interact with objects with the A button, turn off/on the flashlight with the Y button and jump with B button. Sadly there’s no pause menu but the Home menu can be easily used instead, therefore this isn’t a big deal to care about. 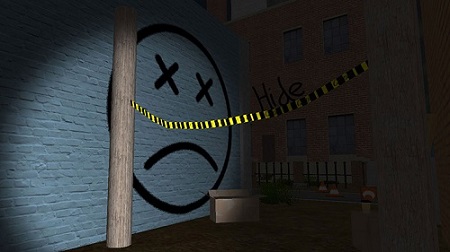 The Gamepad is actually used for nothing while you play, so the lack of an inventory, map or the Off-TV mode is such a wasted opportunity, but also makes the game less user-friendly, not being able to know what objects you already picked nor being able to read the hidden letters. This game isn’t for short bursts (at least for the first time) because you won’t be able to save your progress.

Not everything is bad news. The developer has already confirmed a patch that will fix several things (criticized in this review) and also promised more levels in the future. We will update this review once they are available.

GRAPHICS AND AUDIO:
The game’s graphics are a mixed bag. It presents a variety of models where some were nicely done while others looked really bad. The same happened with the textures used in the game. For the other side, elements for the game like the title or the story text looks really basic, lacking of any presentation value.

The Letter also suffers from a little constant lag that can be easily noted when using the flashlight, also the distance rendering for some elements like the grass is really short. The sound and music used for the game aren’t bad nor good at all, but still works with the game, fitting in the game. 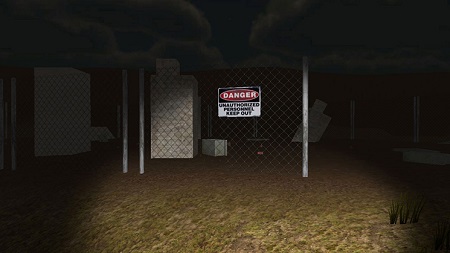 PRESENTATION:
Sadly, I can’t find good things at all for the presentation. The manual is lacking, the performance is a little lagging, the Gamepad’s screen isn’t used at all, the game is extremely short, the title screen and the loading screens look really basic, it isn’t user friendly at all, and the quality in overall isn’t good at all…

CONCLUSION:
In short words, the game is a good idea with a awful execution that gives a feeling of “this is an unfinished product”. The developer already said that this will be fixed and also promised more content, therefore you can wait until the game (and this review) is updated or grab it if you have a strong curiosity (or you don’t mind to wait).

The developer confirmed that an update is in the works which will add more content as well as fix bugs and performance problems. A full new update of the review will be available once the update has been released.