Remember when survival horror games got popular with games like Silent Hill, Parasite Eve and Resident Evil during the “32-bit” era of gaming? What if the genre would have started on the “16-bit” era? I bet it would be something like Lone Survivor for sure.

With that said, Lone Survivor: The Director’s Cut is a 2D survival horror game that makes honor to the genre without being required to be scary. It also looks more simple than it is and can trick a lot of players who want to rush it. During the gameplay, you’re a masked guy who needs to escape from the city with a big disease and after running out of supplies, he’s quite exhausted and hungry.

The whole game works as a 2D side-scroller therefore getting lost can be easy. The game provides you with a map that will guide you to the exit, however, that is the smaller part of your worries. There are enemies all over the place and you will need to defend or hide. You also need to sleep in order to stay awake (also saves your progress) and be careful with your supplies as well as your mental health. With that said, flash batteries, ammo and food are pretty limited. 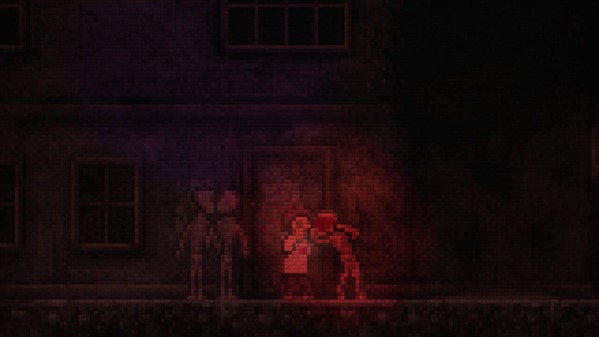 Depending on what you choose to do will get one of five different endings (or four in the first run), and there are many variables: eating healthy or anything, killing enemies or just avoiding them, being extremely careful with your resources or recurring to pills in order to get more batteries and ammo, etc.

With that said, exploration is a required skill even if it can get repetitive during half of the game, however, it doesn’t mean it gets boring. In order to experience less repetitiveness, you can transport to your room by looking at a mirror (which are placed in different locations) allowing the save action be easier.

The controls work better than I thought, using a proper use of the buttons and the Off-TV mode makes the experience even better (like playing on your bed with headphones and the lights off). Considering this title can only be played with the Gamepad, I would have loved to use the inventory with the touchscreen.

Meanwhile Lone Survivor uses pixel art and some effects for its graphics, the soundtrack doesn’t contain chip-tune music, and that was an excellent decision from the developer in my opinion. There is a nice quantity of good quality environment backgrounds and songs that make the experience really enjoyable, even for those who do not like the pixels as a design for actual games. 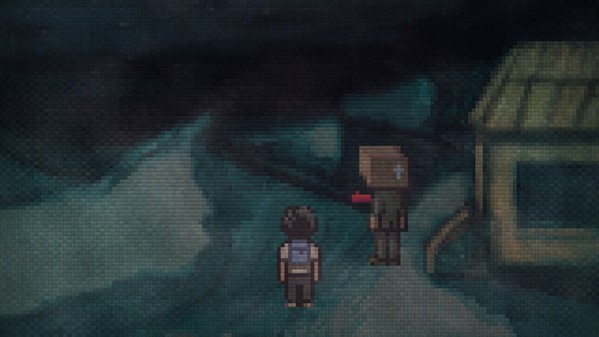 The presentation is nicely done, still its interface can be quite limited at times but everything works lite it’s needed. In addition, the different endings allow you to have a reason to play again. The only thing I would have asked for is a further explanation of the game in the manual, mostly because the game itself just teaches you the basic elements.

Of course, considering this is a survival horror, the writing is a major element of the game, where in this case the job was greatly done, for not saying perfect. Meanwhile there are small hints of your actual progress, taking huge breaks when playing the title can make you lose, therefore remember to finish it before making another game your priority.

Conclusion:
Lone Survivor: The Director’s Cut is a quality indie title that makes honor to the survival horror, but also innovates it when replacing the 3D environment with a 2D one. The off-TV mode makes the game even better so that’s another excuse to play during nights.