Lucadian Chronicles is a strategy card game and the first true free-to-play entry on the Wii U eShop, where players of the free version are able to play a small part of the campaign mode and the online mode once per day. Still, we will be reviewing the full version of this title, which costs $7.99 to unlock.

When I started, I have to say I expected something quite different, including a cheaper presentation and sightly different gameplay. While I loved this first aspect, I hated the second one for just one reason: you don’t have full control of the battles. After a couples of hours, I was finally able to understand the game’s mechanics and I started to like it. 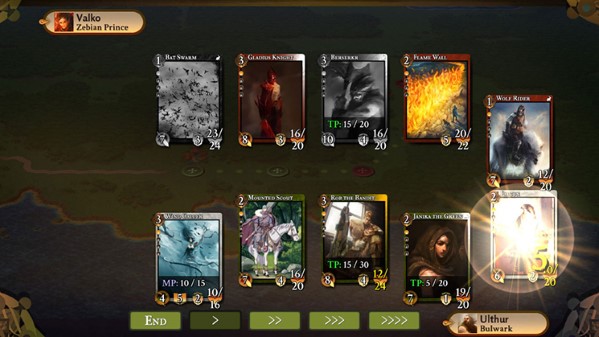 Before starting to talk about the game’s modes and other aspects, I will explain the basics of the gameplay:

Each card has a couple of values, where the basic ones are their attack, their defense, their health and their type (like fire, dark, wind, etc). Some of them will have special skills, such as having double turn, giving a special attribute to others players or even an effect when attacking others cards or being attacked.

Some of them will be able to use technical attacks, where using an additional “bar” called TP (Technique Points), once filled the hero will be able to deliver in most of the cases a more powerful attack. The only way to win TP is by dealing or taking damage, where no matter how much the damage is you will always get 5 points.

On the other hand, others can use abilities which include an MP bar (Magic Points) that fills at the start of each round, and once filled, allows the hero to do different magic abilities like giving a powerful attack, giving an additional attribute (like more defense to one ally or point an enemy for example) or healing. Those cards also have an additional value called magic, where the higher this number stronger the magic.

Also, magic damage has another advantage during the battle called Magic Damage: they don’t provide TP to the target hero and its damage isn’t affected for the hero’s defense value. A similar bonus is the Bonus Damage, where it gives additional damage without being reduced by the Hero’s defense or effects like a Shield. 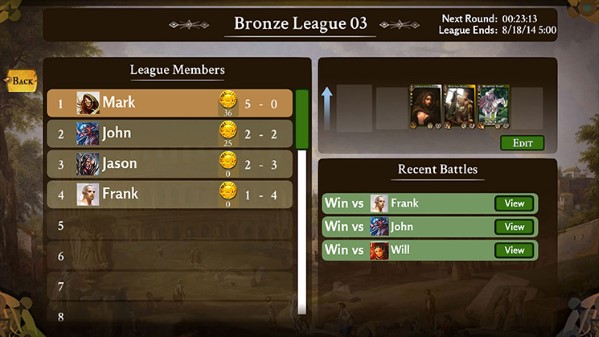 During the battles you will find another elements, like the poison tokens (if a hero get Poison Tokens, each turn he will lose half of them and life equal to the number of tokens removed) and +1/-1 tokens (affects your defense and attack power, the +1 will increase while the -1 will decrease it).

There’re many more gameplay mechanics you can learn when you play, but I already mentioned the most important aspects. Well, I’m missing something else: the decks’ limitations. They’re basically two, the team cost and the card’s type.

Your deck is limited to 12 team points (or cost), where each card will have a cost to be used depending on how powerful it is (usually from one to three). You can’t exceed this number so always check the big number all the cards have in the upper left side.

The card type is basically the element they have (the color), and each element is only able to be together with specific elements (for example, a fire card and an aqua card can’t be together). 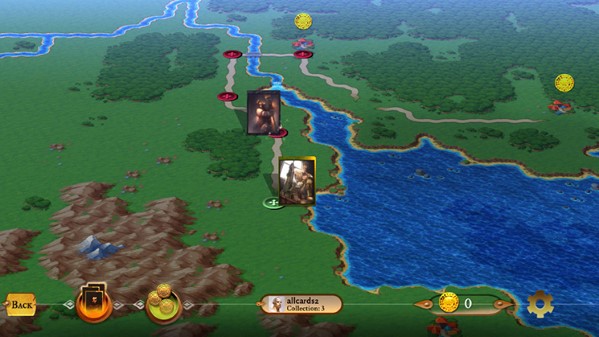 Once you’re on the main screen you will have access to five different modes: 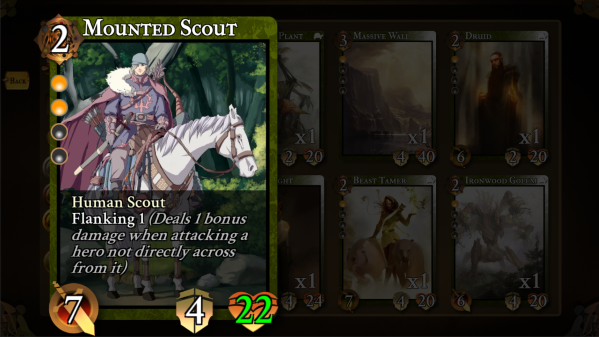 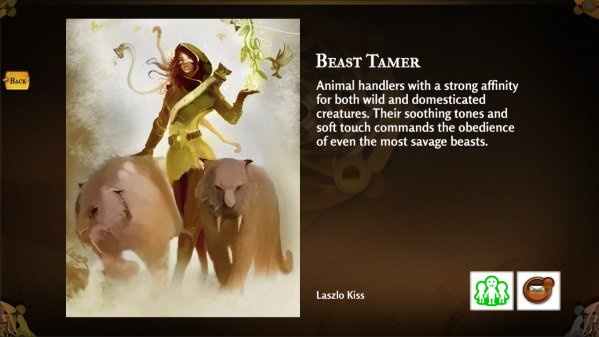 Graphically, Lucadian Chronicles does a great job featuring beautiful artwork for the cards featuring different characters and themes from different authors, the interface is beautiful made including old-school maps for the campaign mode, the Miiverse stamps highly detailed and a polished presentation overall.

The soundtrack is even better, featuring high quality songs that fit perfectly with the game’s theme and great sound effects. I actually never expected this quality before playing it. 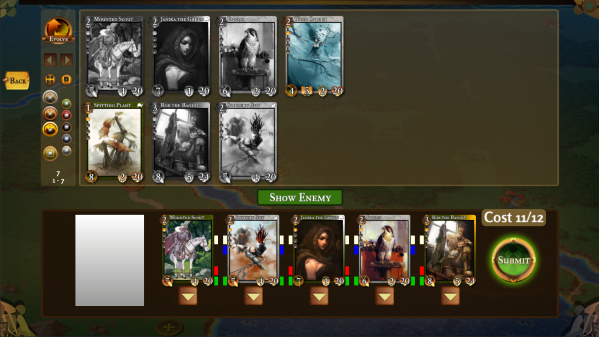 The presentation is well done too, featuring Miiverse integration, plenty of tutorials and details, high quality work including an online multiplayer mode and a small manual explaining the modes and the controls (including a few tricks you can easily ignore) and over 100 cards to use.

While the free mode is limited but playable, the paid version won’t have a big impact in the story for a few hours, but considering you can play online freely and you can play the full story, the $7.99 price tag is really worth its cost.

Conclusion:
Lucadian Chronicles is a great entry to the eShop, and while it’s hard to recommend, the fact that you can play the free version of it makes my job easy: you like the game, go ahead.

The online is active, the story really lengthy and the quality is great, and the price tag fair.