The premise of destiny is something that humans have wondered about since the beginning of time. You have some people that mold their entire lives around the concept. Others take the opposite approach and go out of their way to denounce any form of destiny. Destiny has led to many disagreements, wars, and heartbreaks. The uncertainty drives us to second guess ourselves and makes us feel lost. The feeling of second-guessing and being lost is present in Mable & The Wood. One would not think that this game would touch upon that topic, but not only does it do that, but it’s also the main drive for Mable.

A group of men performs a summon to make the Bringer of Dawn come to life in their world. It’s the prophecy of their belief that the Bringer of Dawn will rid their world of the vicious beasts that took over. A lone sword descends from the heavens and pierces their altar. Much to everyone’s surprise, a small red-headed girl was revealed to be their savior. The group was highly skeptical of Mable. Mable does not look intimidating and cannot even hold the sword she was destined to have. Although she cannot correctly grasp her sword, Mable can transform into various things. With the power of transformation, Mable can extinguish the creatures that took over the land. Met with overwhelming disbelief, Mable presses on as she sets out on her fated prophecy. 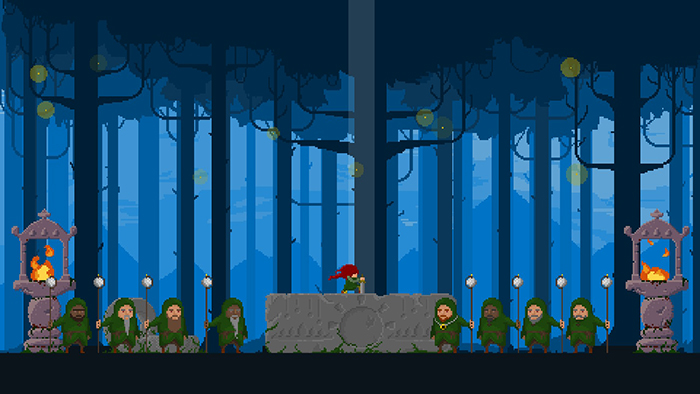 Mable’s journey will take her through various places such as towns, churches, boat rides, and snowy cliffs. Slay bosses to secure a new transformation to continue your fate sought adventure. Conversate with characters to see them praise or shame your behavior. Revisit areas with newly gained transformations to unlock deeper parts of those sections. Is following the prophecy the correct thing to do or is forming a different path the way to go? It’s up to you to make that choice, but whatever you decide, commit to that choice.

Mable & The Wood is a 2D side-scrolling Metroidvania, but it contains the twist of being able to solve puzzles in assorted ways. The game takes an unorthodox approach by having the main character lack the ability to jump or swing her sword. Because of this, Mable must use one of eight transformations that allows her to not only voyage around the land but to fight as well. Attain new transformations through beating bosses and taking their power. Transformations do not last forever as they are tied to a magic meter, simply turn back to human to refill that meter or use a potion. The game uses a spotted line as your cursor for Mable. By using this, you can see where she will land/attack. In particular areas, this can lead to some frustrating moments as it takes time to angle Mable and oftentimes never truly feel fluid. 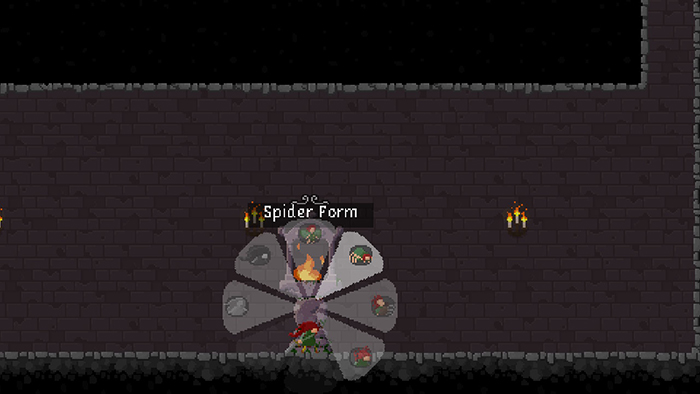 The game does not contain a life system as it opts for the use of save points. When you die there is a crystallized version of Mable that you can smash to regain your lost gems. Save points are so frequent that using health potions seem useless. With the active savepoints, there’s no sense of urgency in reclaiming the gems. Using gems to buy the magic potion refills also feels pointless as turning into human refills that meter up so fast. Health and magic upgrades can be found, but players must seek the upgrades out as they are often hidden in areas.

One of the biggest selling points of the game is the boss fights. Unfortunately, most of the boss fights are just not interesting. The designs seem highly generic. One tactic can be used for the majority of the fights which can make an already uninteresting fight more boring. It’s up to the player on how they choose to fight the boss, but if the tactic works you can’t fault them for using it. There are some standout fights one being the stone golem in which you race down to the finish to defeat it. Another is a priest that changes the environments as the fight goes on, but players may encounter slowdown during that fight. There is a lot of movement and added minions swarming the screen. This makes an already hard fight even more of a challenge. 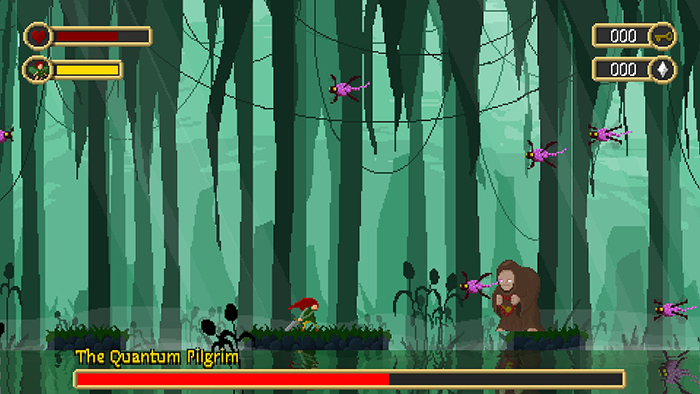 The appearance of Mable & The Wood is a mixture of sprite work and Microsoft paint. This blend gives the game an uncommon look. The animation is the shining point of the game’s presentation. Some great uses of the animation can be seen in reflections in the water, Mable’s hair flowing in the wind and the dust clouds that appear from her dragging sword. Other characters are very expressive in the cutscenes and actually, have a bit of personality. In spite of that, Mable doesn’t react to anything at all. It’s a bit disjointing during the cutscenes when the surrounding characters react.

Each location has a theme and is distinct from one another, but the layouts of the levels never feel dynamic. It feels like sections are just strung together with no rhyme or reason. It makes finding where you are on the map difficult. The map shows no clear indicator of your current location, instead, it places landmarks as your only guide. If you aren’t in the same room as a landmark, it’s impossible to tell where you are. It makes the map feel useless. The real saving point of the design of the world is the alternate routes you can take. For example, instead of finding a key to unlock a door, you may find a route to dig your way under the door to bypass it. This is a very satisfying feeling and makes the player actively search for more areas like it. 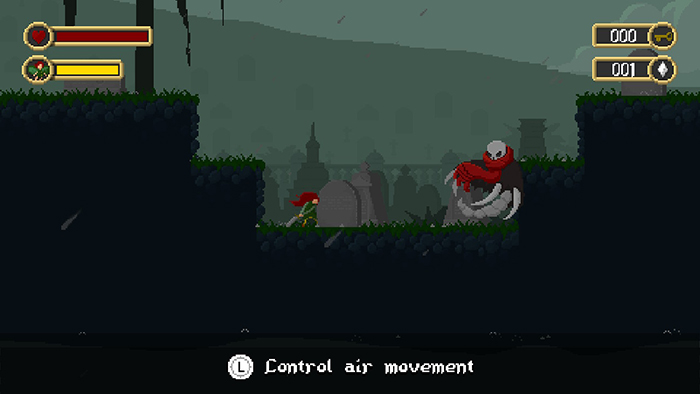 You wouldn’t think Mable & The Wood would have multiple endings, but it does. About midway through the game, certain characters bring up the question about following your written destiny. If you choose to avoid killing the creatures you can experience a different ending. It’s just by this time in the game; most players would have wiped out countless enemies. The game fails to enlighten the player this information beforehand. Some players might feel betrayed. Being locked out of an ending is never a good feeling, especially since it can happen so early.

If you go the passive route, your gameplay will focus on using the correct transformations in the right places. You will have to look at past areas with a new outlook, it gives that playthrough a drastically different feeling. The game isn’t long, so you should be able to see more than one ending if you choose to do so.

Mable & The Wood has a fantastic concept of its puzzle solving, but it’s not used often enough. To have the game’s strongest point, not used as the frontal point seems misguided. Controls can easily throw off your groove and the world may be a bit too safe in terms of design. Mable & The Wood is a serviceable game, just don’t expect it to dazzle you.